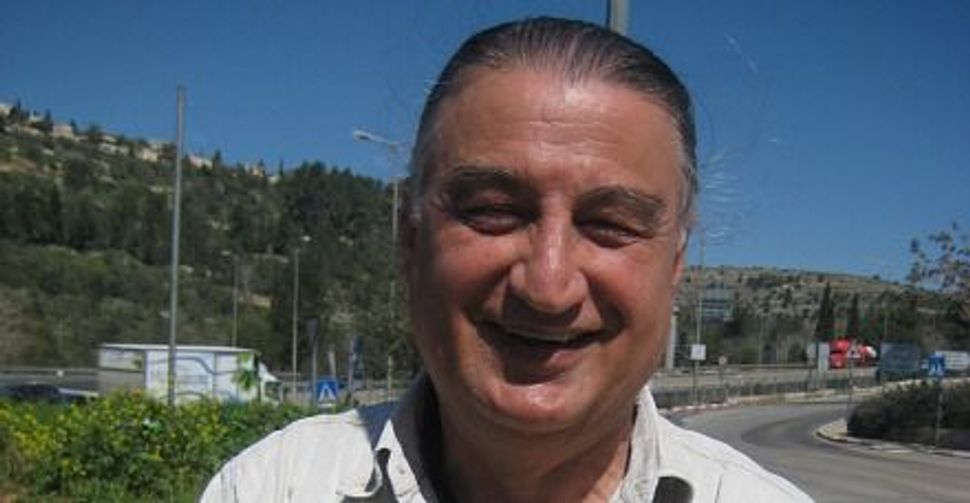 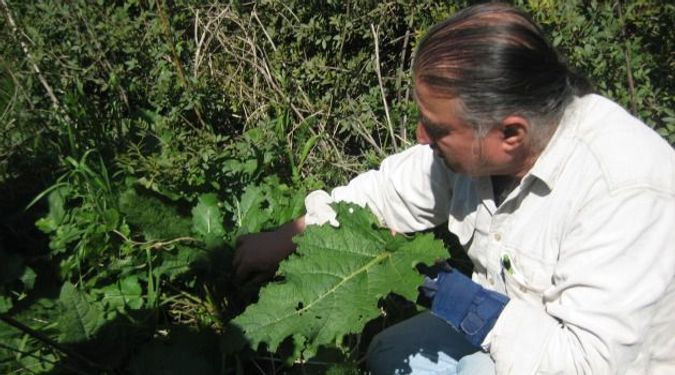 I find him on a lush hillside near the entrance to Jerusalem, stripping olives from a tree. Plunking the olives into an old plastic grape juice bottle, he explains that in March, the tail end of olive season, you can make a great tapenade from the late-blooming fruit, so soft and juicy and overripe that you don’t have to cure it. He squeezes an olive with fingers stained purple to illustrate his point. 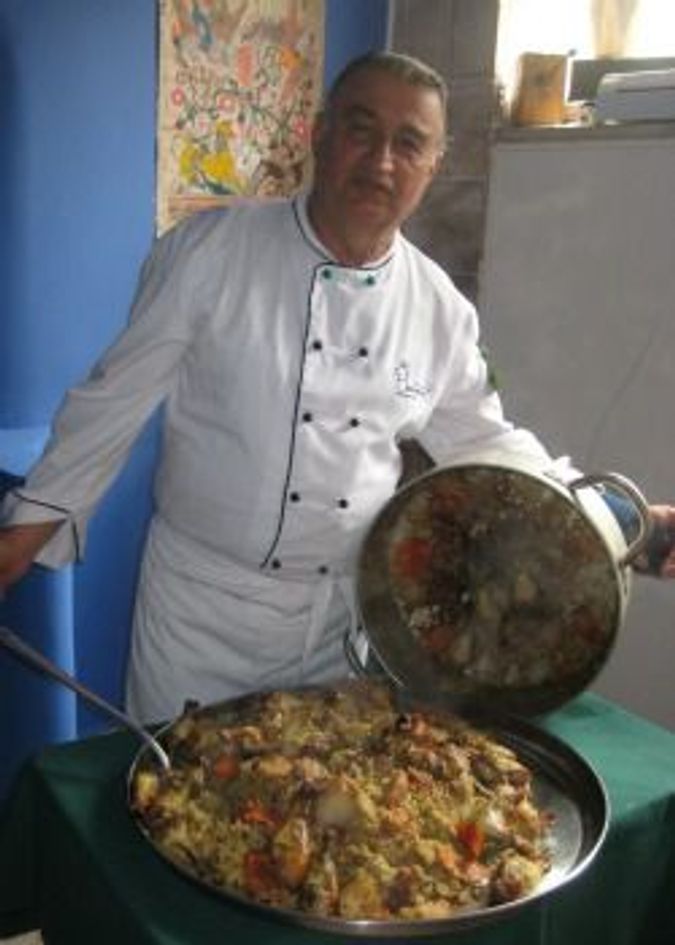 Dubbed “Israel’s biblical chef,” Basson has been exploring and learning about the wild edible delights of the biblical landscape of Jerusalem since he was a child, developing an encyclopedic knowledge of local edible plants and seeds. That appreciation of the natural culinary treasures of his city has been a key ingredient in his success as a restaurateur. His restaurant, Eucalyptus, has been a fixture on the Jerusalem food scene for 25 years.

But as his beloved pastime of foraging for wild edibles to be used in restaurant dishes becomes more popular, he is no longer simply a local celebrity. Basson has traveled internationally, teaching his philosophy of foraging.

Check out Moshe Basson’s Passover recipes on the Jew and the Carrot blog.

Despite his busy schedule, he graciously agreed to squeeze me in for a walk in the wild.

Stepping away from the olive tree he leans down and begins clipping the leaves from a plant close to the ground. The large leaves look vaguely like rhubarb to my untrained eyes. A woman passing on her morning walk, slows down and asks, him “What are you going to do with that? Is that for food?” He smiles and tells her with a sly grin, “Actually, this plant is poison. Delicious poison.” I look at him in shock. He quickly explains, that if you prepare the leaves, which he calls “loof,” by boiling them several times with lemons, the way that he learned to do from “Kurdish grandmothers,” the plant’s toxins can be eliminated.

He rapidly moves ahead, pointing out plant after plant. With every new species, Basson provides a full briefing on origin, place in Jewish tradition, use in the kitchen, and use in healing.

Kneeling down, Basson neatly cuts and piles a large stack of wide Jerusalem sage leaves. “Look how velvety the leaves are,” he says, stroking them affectionately. “They can be stuffed with rice and herbs just like grape leaves. When I serve it in the restaurant, 90% of the customers will think they are grape leaves and enjoy them. But 10% will notice the taste and the texture is different and ask, ‘What are those?’”

He points out the wide green leaves of the mallow plant, called hubeza, whose root is the original source for marshmallow. The ancient Egyptians would squeeze the sap out of the root and sweeten it. Basson uses the leaves in a popular salad in his restaurant. During the siege of Jerusalem in the War of Independence when food supplies were scarce, women gathered the vitamin-filled wild mallow leaves, he says, and used them in cooking, turning them into everything from salads to soups to fried patties.

A few years after that war, in 1951, Basson came to Jerusalem as a child with his family. Refugees from Iraq, they lived in an aluminum hut. His father planted a garden for vegetables and herbs and kept chickens. The family purchased a bakery in the nearby Arab village of Beit Safafa.

Most of the bakery’s ovens churned out challah, pita and baguettes. But Basson was riveted by what was baked in the one oven set aside for Arab villagers: “They brought in za’atar, sumac, wild garlic, beet leaves, wild spinach and lamb fat, and would create samosas and pitas with them. I went crazy for the scents.” He began learning about plants and herbs in the wild from local Arab goatherds, who used the fields as their buffet table.

In 1986, his brother opened a simple diner near their Jerusalem home. Two years later, Basson took it over and renamed it Eucalyptus, after the tree he had planted on the site. He began to use the restaurant as a laboratory for his interest in local food and its biblical history. He chatted with customers about food and Jewish history and culture and kept a basketful of leaves and plants in the restaurant to show diners the origins of their meals, which he still does today. The restaurant and its unique sources of ingredients drew national attention. The journalist Eli Tavor went so far as to write that “what Ben-Yehuda did for the Hebrew language, Moshe Basson has done for food.”

A few days after our foraging trip, I made the pilgrimage to Eucalyptus. Basson was wearing his Chefs for Peace jacket, which he wears daily. He was a founding member of the organization, whose mission is “for peaceful coexistence and culinary excellence.” Despite living in the West Bank, he has Arab friends and colleagues. Basson uses his profession to spread a message of coexistence. “It’s the natural way of food,” Basson said. “It brings people together.”

This sentiment is echoed in some of his dishes, which reflect Arab culinary influences. From his tasting menu I try the Jerusalem sage leaves. They are indeed softer and more flavorful than grape leaves when stuffed with rice and herbs. The hubeza salad made with the native mallow plants, combined with whole chickpeas is delicious — similar to spinach, but with an extra kick in each bite. The standout among the main courses is Basson’s famous maglubeh, a native Palestinian casserole made with chicken, rice and thinly sliced potatoes, all cooked in a huge pot that is turned upside-down dramatically in the dining room before serving.

Basson’s philosophy has been unchanging throughout his career. “I really believe that [foraging] opens people’s minds and can influence thinking,” he said. “I don’t just forage for food. I forage for recipes and… stories. I always try to pass it forward. It’s a natural process. I laugh when people ask me about my secrets. I don’t believe in secrets. I believe in sharing.”

Allison Kaplan Sommer is an Israel-based freelance writer and frequent contributor to the Forward.