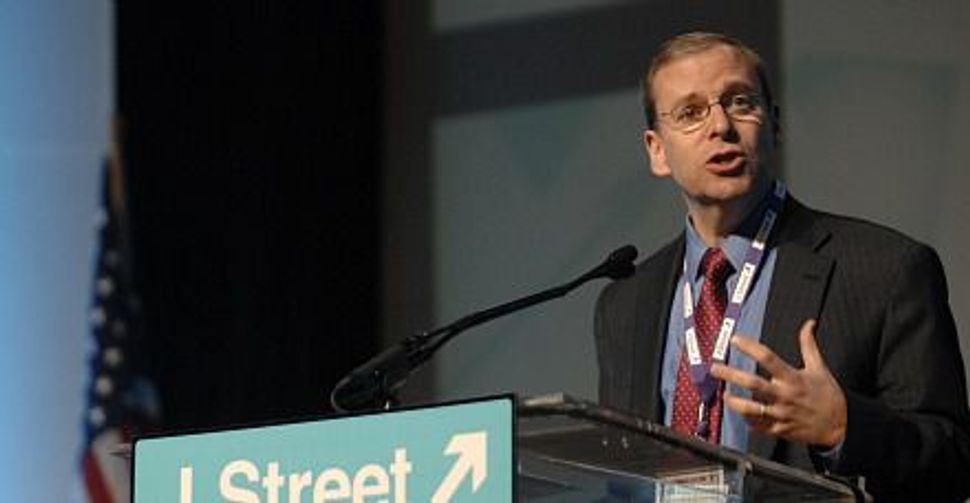 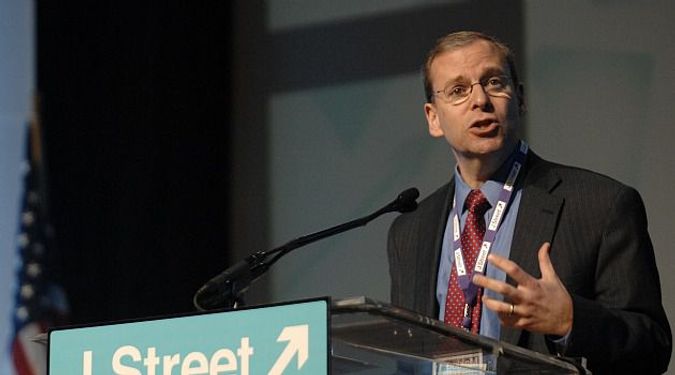 Not Easy for J Street: J Street?s pro-peace message may be a tough sell during an election year in which even liberals are moving to the right on Israel. Image by liz malby

In this election year, even liberal Democrats are seeking to protect their flanks by touting hawkish credentials on Israel.

For J Street, the dovish pro-Israel lobby whose annual Washington conference wrapped up recently, that makes 2012 a year for swimming upstream. The group is targeting its message where it believes it will have the most impact: Jewish Democrats who support President Obama.

“They do need to take a stand on what it means to be pro-Israel so politicians stop pandering,” said J Street’s president, Jeremy Ben-Ami, referring to dovish Jewish voters who he believes could have a much bigger impact.

The lobby wants to push the White House and its supporters not to abandon the Mideast peace process and to press for a two-state solution with the Palestinians, even as Israel looks warily at the threat posed by Iran.

In contrast to the determinedly bipartisan strategy of its much larger rival, the American Israel Public Affairs Committee, Ben-Ami candidly acknowledged that neither Republicans or conservatives may be receptive to J Street’s message.

“There’s no question that the position that J Street takes and the language that we use will never appeal to a solid quarter of the American Jewish community,” Ben-Ami said.

The reaction of the conference to the Obama administration officials’ speeches dramatically illustrated the group’s strong identity within the liberal wing of the Democratic Party. It also may indicate a certain wariness about Obama’s apparent willingness to set aside their views when it seems politically expedient to do so.

The crowd gave only muted applause to comments touting the administration’s positions on the Middle East, Iran and the Palestinian issue. But the audience offered a lengthy standing ovation to Obama’s senior adviser Valerie Jarrett when she trumpeted the president’s health reform plan. Her mention of women’s rights to birth control brought the J Street delegates to their feet.

Given that it’s an election year, many analysts see little or no chance of pushing Obama into a more active role in the peace process anytime soon.

But J Street nevertheless wants to continue a fight to define “the future of pro-Israel,” as the group dubs its campaign. The issue is especially urgent because Republican candidates are increasingly eager to stake out much more hawkish approaches to the Middle East conflict.

Jim Gerstein, a Democratic pollster and one of J Street’s founders, said that the drive to educate voters on dovish pro-Israel views does not reflect a concern about losing votes to Republicans.

“These are two different things,” he said, “how people vote and how they think about issues.” He argued that based on current and historic survey data, Jewish voters still do not see Israel as a deciding factor when they go to the polls. He also argued that there is no significant shift away from Democratic candidates.

Despite J Street’s willingness to go to bat for Obama and to make the case for a pro-Israel view that echoes that of the president, relations between the dovish lobby and the White House are less than rosy. J Street has made clear it is not pleased with Obama moving the Israeli-Palestinian issue to the back burner.

The White House, on the other hand, has been giving J Street a dose of tough love, perhaps with one eye on November. The lobby had asked the White House to send Jack Lew, the newly appointed chief of staff, to represent the Obama administration at its conference. Lew could be a big catch for J Street, since it would be his first address at a major Jewish event. The administration, however, offered to dispatch Jarrett, a frequent speaker at Jewish gatherings.

Blinken, in his March 26 address, repeated the exact talking points made by Obama in his speech to the AIPAC conference three weeks earlier, an effort, according to administration sources, to make clear that Obama carries the same message to hawkish and dovish groups alike.

Though not asked directly about it, Blinken tried to address the lobby’s sense of disappointment with Obama’s lack of activity on the peace process front.

“Just because we don’t say something, or you don’t see something, doesn’t mean we’re not doing it,” Blinken told the crowd in a comment that did not appear in his prepared remarks.

While struggling to remain close to the Obama administration, which has focused its appeal on the hawkish end of the American Jewish political spectrum, J Street is making strides toward forging a more positive working relationship with the Israeli government and public. The group has been shifting gradually toward the mainstream, a move demonstrated by its clear rejection of author Peter Beinart’s call for a boycott of Israeli settlements. There was also no sign of the Boycott, Divestment and Sanctions campaign against Israel on the conference’s agenda.

This move did not go unnoticed by the Israeli government, which in the past distanced itself from any formal ties with the pro-peace lobby. This year, the Israeli Embassy in Washington sent Deputy Chief of Mission Baruch Binah to deliver the first-ever address of an Israeli official to the J Street conference. It was not an easy speech for J Street’s ears, as Binah listed Israeli grievances with the organization, stressing that “pressures on the elected government of Israel can present [Israel] with a problem.”