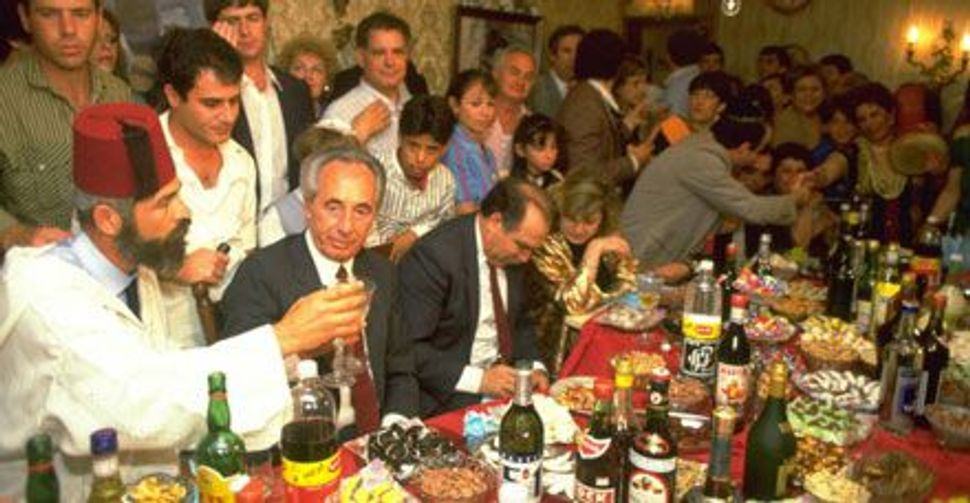 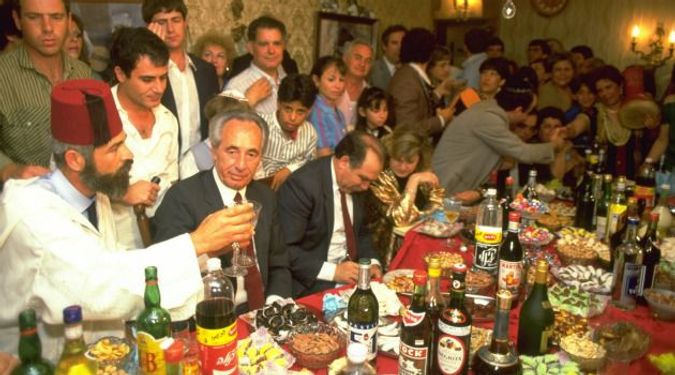 ‘My Ashkenazi friends think I am crazy,” said Malka Joseph, a 35-year-old teacher from the Israeli city Ashkelon. “They tell me that preparing for Passover is hard enough, but preparing for two festivals back to back is unthinkable.”

Joseph will host 12 guests for a Seder on April 6. A week later, a day after Passover ends, she’ll entertain up to 100 people to celebrate the traditional North African Jewish festival of Mimouna.

The 24-hour festival, which marks the start of spring, begins the moment after Passover that religious law permits hametz, or leavened food, to be cooked. This year in Israel, that’s around 7:30 p.m. on April 14. By 8:30 p.m., Joseph’s home will fill with friends and family exchanging traditional Arabic blessings of success and awaiting her popular menu of Mimouna baked goods.

“It’s like one of those television shows where you have to race against the clock to cook a menu,” Joseph told the Forward. “But somehow, everything seems to go into slow motion and it all works out.”

Mimouna has become a major event on the Israeli calendar. At one time drawing only a few hundred participants, today a central celebration in Jerusalem’s Sacher Park draws about 100,000 people, usually including the president and prime minister. Across the country, Moroccans and Israelis of all ethnic backgrounds flock to smaller public and private celebrations. A special law even requires bosses to grant employees unpaid leave on the day of Mimouna if they want to carry on celebrations from the previous evening.

There are several theories regarding why Mimouna came to be celebrated. One is that its name comes from emunah, the Hebrew word for faith, and that it was an affirmation of faith after Passover, which thanks God for the Exodus. Another theory points to superstition — that the holiday was meant to persuade a demon called Maimun not to harm the crops. There is also a belief that Mimouna represents the death anniversary of scholar Maimon Ben Joseph of Fez, father of the 12th-century rabbi Maimonides.

Whatever its origins, the now-illustrious festival nearly fell into obscurity in Israel. “In the early days of the state, we Moroccans were busy with absorption and working hard, often in construction. We didn’t have the energy or self-confidence to celebrate,” said Ashdod resident Shaul Ben-Simhon, who immigrated to Israel in 1948 at age 18. He said that from the first two decades of statehood, the festival was hardly marked at all.

That changed in 1968, when Ben-Simhon was a high-ranking official at the Histadrut, Israel’s trade union alliance. He organized a Mimouna celebration in Lod in a bid to ease the integration of Moroccan immigrants into Israeli society, and his effort to raise the community’s morale attracted 300 participants. The next year, he moved the celebration to Jerusalem, got then-mayor Teddy Kollek on board and managed to draw a crowd of 5,000. This grew into the large Sacher Park event and inspired the revival of Mimouna across Israel.

That Mimouna today draws people of all backgrounds helps Moroccans — still one of the poorer groups in Israel — to “feel like they are giving to society and not only taking,” Ben-Simhon said.

He believes that Mimouna promotes unity between families and neighbors. (In Morocco, it was a day when people would visit each other to bury grudges.) Ben-Simhon said the holiday also unites people from different backgrounds, particularly Jews and Muslims. “Our home was open to everyone, including Arabs,” he said. He recalled a tradition of Arabs bringing to his home ingredients for hametz goods, which the Jews had disposed of before Passover.

Dina Levin of Rishon LeZion has hosted as many as 300 people for Mimouna in the past. She agrees that the celebration brings people together. “There are no religious restrictions…. so we dance, let our hair down and really enjoy ourselves,” said Levin, who directs the Association of Moroccan Émigrés in Israel.

One of Levin’s favorite parts of Mimouna is the lavish menu of baked goods. According to Elisheva Chetrit, a historian of Moroccan Jewry at Jerusalem’s Schechter Institute of Jewish Studies and at Israel’s Open University, the unique spread is actually an Israeli innovation. “In Morocco, they did not do this at all,” she explained. “At the start of the celebration, [Moroccans ate] only nuts and dried fruit. Then the Arabs would bring butter, milk and flour to prepare bread.”

The change delights Ari Hegnon, a computer programmer and self-described foodie from Or Akiva. “I’m Ashkenazi, and while there are many Moroccan-style restaurants, I feel it’s only on Mimouna, when every Moroccan that I know has their door open and their best home-cooking for me to try, that I get the real taste of this cuisine,” he said. Among the most popular treats are biscuits, cakes and mofleta, a traditional flat bread. “After nothing leavened for seven days, to break this ‘fast’ on dozens of different Moroccan-style baked goods is exquisite.”

While many think that the growth of Mimouna into a national occasion has been good for Israel, the Moroccan-born Chetrit believes that as celebrations have grown larger, the spirit of the holiday has been lost. “For many people, it has become an opportunity to show off, and this is not what it is about,” she said.

But as Joseph pointed out, “For me, it’s one of the most special evenings of the year — full of satisfaction at having completed Passover with all its obligations, and of hope for a good spring and summer.”