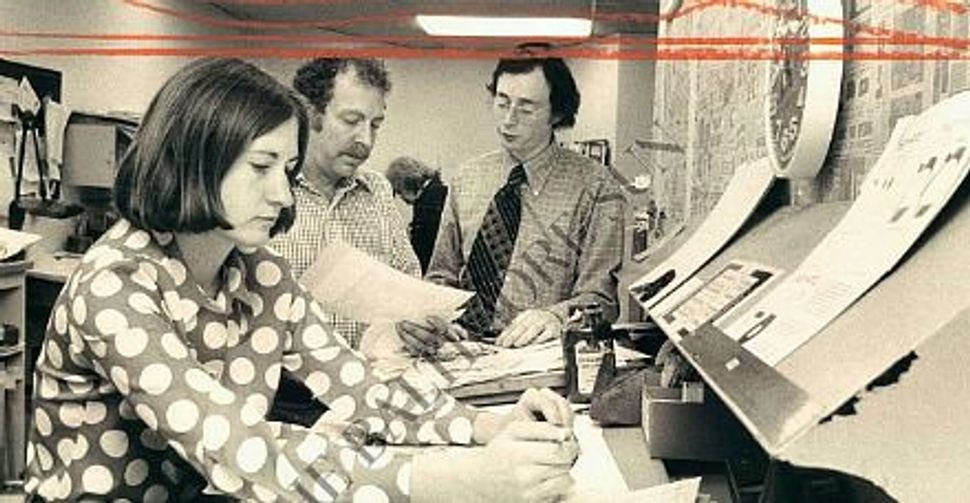 Image by courtesy of baltimore sun 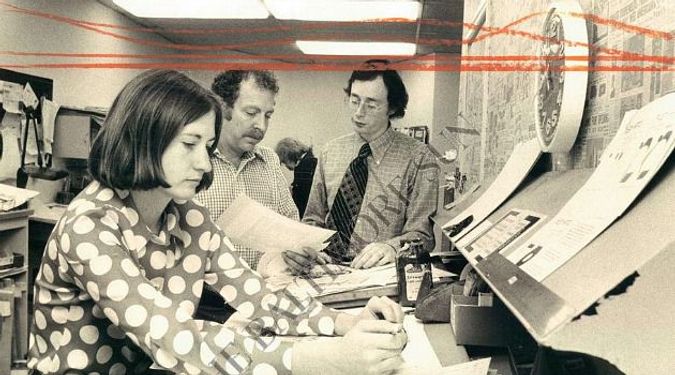 The Baltimore Jewish Times has broken stories about Orthodox sex abuse and once was a finalist for the Pulitzer Prize. It has been the seat of high-profile editors such as Gary Rosenblatt and Phil Jacobs, now of The New York Jewish Week and Washington Jewish Week, respectively, and at its height published 200-page issues. But today, the newspaper, family owned since its inception 93 years ago, is bankrupt and slated to be sold at an April 2 auction.

There have already been two bids: one for $378,000 from Washington Jewish Week, now edited by Jacobs, and another for $440,000 from a newly established publishing group set up by a physician in Owings Mills, Md. The Buerger family, which has owned the paper for nearly a century, will apparently leave the business. And a new owner is likely to mean a new editorial direction.

“I don’t believe we are going to miss an issue,” said Neil Rubin, who has edited the newspaper since June 2011. “We will continue to print. We are all relieved. We were worried about health care and unemployment. I don’t think we need to worry now.”

The Baltimore Jewish Times’ troubles come at a particularly difficult time for Jewish newspapers. The Jewish State, in New Jersey, folded in 2010, and earlier this year, the Jewish Review, of Portland, Ore., published its final edition. Many other Jewish community publications have lost advertising dollars and have contracted.

But the Jewish Times’ troubles have been more contentious.

Its parent company, Alter Communications, had a contract, dating back to the late 1950s, with the Baltimore printer H.G. Roebuck & Son. According to the paper’s publisher, Andrew Buerger — great-grandson of the original owner — the relationship soured in 2008, when, Buerger says, he tried to negotiate a lower price because he was unhappy with the quality and the cost of the printing. Roebuck refused.

Alter broke the contract unilaterally in February 2009, according to court papers; Roebuck sued — and won. But Alter, lacking the funds to pay the $326,125 judgment, was forced into bankruptcy.

“I don’t know what they hoped to accomplish,” Buerger said. “To get our family out of the business? Whoopee!”

Calls to Roebuck were not returned.

The legal battle and bankruptcy filing are a sad turn for the venerable newspaper, where, full disclosure, I worked as a part-time reporter in 2007. Unlike many Jewish community newspapers, which are owned and run by their local Jewish federations, the Jewish Times is editorially independent. It could — and often did — go after the establishment.

The Jewish Times was founded by David Alter in 1919 as a weekly tabloid. Alter ran it for half a century, and when he died, in 1972, his grandson, Charles Buerger, took over and shortly thereafter hired Gary Rosenblatt as its editor.

“It was a sleepy paper, mainly ads and organization events,” Rosenblatt told the Forward.

But Buerger thought it could be better than that, and so he poured his substantial profits back into the paper. “He wanted a real newspaper,” Rosenblatt said.

Under Rosenblatt’s leadership, the Jewish Times “was a Jewish paper that often forgot it was a Jewish paper, and [therefore it] did not cater to the narrow and parochial interests of the Jewish community,” said author Arthur Magida, who was senior editor of the paper (between 1982 and 1995).

A 1984 story by Rosenblatt that questioned the tax status of the Simon Wiesenthal Center was one of two finalists for a Pulitzer Prize.

During that time, the newspaper was fat with advertisements, often running as many as 200 pages; it maintained a circulation of 20,000, making it the largest weekly newspaper in Maryland. During the 1980s it was widely considered the best Jewish newspaper in America.

The owners bought Jewish community papers in Atlanta and Detroit, with Rosenblatt acting as editor from Baltimore. They later added newspapers in Palm Beach, Fla., with an edition in Boca Raton and in Vancouver, British Columbia.

Rosenblatt left for New York in 1993. Buerger died three years later, and the publication was taken over by his son, Andrew. The new publisher sold off the newspapers outside Baltimore but continued to nurture the local property. He created a glossy local magazine, Baltimore Style, and then the more regional Chesapeake Life, the latter folding as Alter’s legal battle erupted.

The average issue is now about 70 pages, and its circulation is down to 8,500.

The Baltimore Jewish community is among the oldest in America, with several synagogues dating back to before the Civil War.

Today, the area’s Jewish population numbers about 93,000, according to The Associated, Jewish Community Federation; about one-third of the city’s Jewish population identifies as Orthodox, compared with 13% nationally. A substantial portion of those are ultra-Orthodox who are drawn to the prominent Haredi institution Yeshivas Ner Yisroel.

The area’s burgeoning Orthodox population has driven down the circulation because the Orthodox community often rejects the newspaper, which accepts ads for nonkosher restaurants and publishes material that some deem offensive, such as stories about women rabbis.

In 2007, Jacobs, who replaced Rosenblatt, published an exposé on sexual misconduct and pederasty in the Orthodox rabbinate, which did nothing to close the gap. And an attempt by the Jewish Times to produce an edition expressly for the Orthodox community failed.

For the paper’s 40 employees, the roller-coaster ride has been a horror. Health insurance payments will keep the employees covered through April.