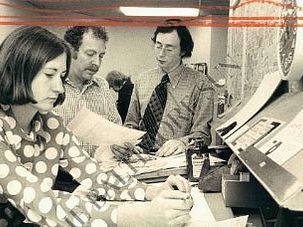 On Rav Bina, and What Passes for 'Love'

The most surprising part of the story about Rav Aharon Bina’s alleged emotional abuse of his students at Netiv Aryeh comes from the reactions: It is astounding to see how many people apparently knew this has been going on but continue to sing his praises. This entire episode raises some difficult questions about what is really going on in the yeshiva world.

While Columbia Students Stormed Buildings, at Y.U. They Just Wanted To Play Some Coed Volleyball

New York Jewish Week editor Gary Rosenblatt looks back on the tumultuous spring of 1968 — from the vantage point of a not-too-radical student at a not-too-radical college campus. While his peers at Columbia were busy occupying buildings, Rosenblatt and his fellow Yeshiva University students were engaged in some mischievous — if decidedly less political — rebellion of their own: