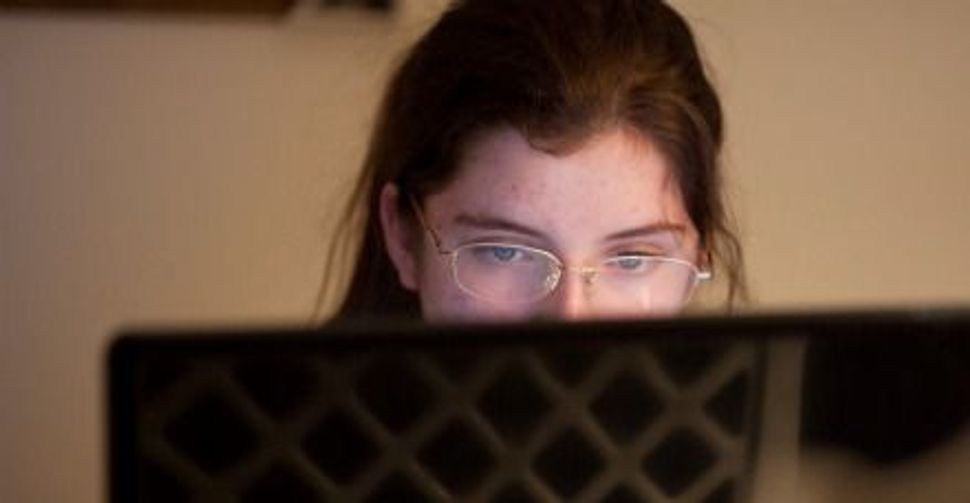 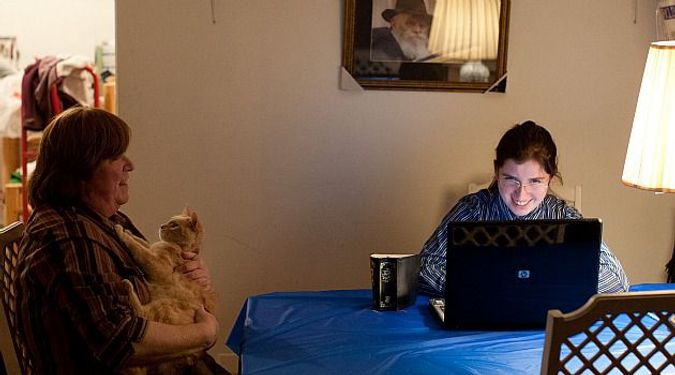 An Orthodox girls school’s recent decision to fine students $100 for using Facebook made national headlines. But there was nary a mention of the story on the popular Chabad website. And the news was nowhere to be found on the Facebook page or Twitter feed of Chabad-Lubavitch, the Hasidic sect with which the school, Beth Rivkah, is affiliated.

Chabad is likely the most Internet-savvy Orthodox group in the world. The sect, based in the Crown Heights section of Brooklyn, regularly harnesses the power of the Web to reach out to less observant Jews and to promote its institutions, initiatives and events, and emissaries. So Chabad now finds itself in the unique predicament of embracing new technologies and at the same time attempting to shield its teenagers from them — lest sites like Facebook serve as secularizing influences.

“What they have said is, ‘We want to talk, but not to listen,’” said Clay Shirky, a New York University visiting professor who writes about the effect of the Internet on society.

But according to Mordechai Lightstone, director of social media at the Chabad news site, Lubavitch.com, Chabad has been engaging online since the 1980s, when it began posting on Internet chat boards. Today Chabad’s network comprises some 1,300 websites on six continents.

Chabad leaders have encouraged adherents to join Facebook to vote in corporate charity contests that would benefit its institutions. In 2010, Beth Rivkah itself asked the school community to vote in a Facebook competition sponsored by the Kohl’s department store. Chabad professionals have also hosted Twitter chats, and its members have gotten more than 50,000 people to sign an online petition in support of Sholom Rubashkin, the former Agriprocessors chief who is in prison on fraud charges.

According to Lightstone, Chabad has, for decades, embraced technology as potential outreach tools — using radio and television to spread the word of its late spiritual leader, Rabbi Menachem Mendel Schneerson.

Yet Chabad officials who spoke to the Forward see no contradiction between the movement’s robust online presence and an affiliated school’s efforts to keep its students off Facebook.

“Social media, like almost anything else, can be used for good or otherwise,” said Rabbi Motti Seligson, a spokesman for Chabad-Lubavitch in New York. “In terms of building community, it can be an excellent way to connect with people.”

But he said that many parents and educators — both inside and outside the Orthodox world — may seek to curtail social media use because they “want to see their students focused on their studies and real-world extra-curricular activities at this stage in their lives.”

According to students and parents at Beth Rivkah’s high school, which is a 10-minute walk from Chabad-Lubavitch’s international headquarters on Eastern Parkway in Brooklyn, students are required to sign a form pledging that they won’t maintain Facebook accounts, wear revealing clothing, have a television at home or break other school rules.

“It’s not a modest thing for a Jewish girl — woman, men or boy, gentleman — to be on,” Benzion Stock, Beth Rivkah administrator, told WPIX-TV in New York. “A school could have a rule, and the students in the school have to obey the rules of the school.”

So when several 11th-grade girls were discovered to be maintaining Facebook accounts, thus violating the school’s pledge, administrators searched for other students using the social networking site. Offending students had to pay a $100 fine, which they would receive back at the end of the school year, or face expulsion.

Attempts by the Forward to reach Stock were unsuccessful.

Rishe Deitsch, senior editor of a Chabad newsletter for women, N’shei Chabad, is the mother of a Beth Rivkah sophomore without a Facebook account. Deitsch uses a software program called eBlaster, which lets her view websites visited, emails and chats conducted from her home computer. Her daughter, Mirel, 16, said that the tracking software is an effective deterrent from logging on to time-sucking game sites.

“It stops me from going on the wrong things, because I know that I am going to get a speech later,” she said, adding that she placed on the computer a sign that warns, “Your history may be read by mgmnt [management].”

Deitsch likens using Facebook to learning to drive. Mirel can use Facebook when “she is a full adult,” the mother says. “For Mirel and her friends, it’s like a 9- year-old driving a car.”

Chana Lerner, a 15-year-old Beth Rivkah student, said that she will never use Facebook — not even when she is an adult. “I never have, never did, never will,” she said. “I can’t figure out how to work the site. It’s not modest enough or not safe enough.”

On a recent afternoon in Crown Heights, Chabad adherents were reluctant to talk about the role of Facebook in their lives, with some adults saying they had accounts but that they agreed with the school’s decision to ban the site. Chaim Katz, 18, said that he has a Facebook account in order to stay in touch with family and friends, but that he was discouraged against it when he attended Chabad schools in Buffalo, N.Y. and in Brazil. “There is a bad side to it, too,” he said, noting that some kids get harassed on the site.

Harassment, modesty and procrastination concerns aside, movement leaders know the value of social media for communicating its message. Chabad even hosted workshops on social media at two of its recent international emissary conferences.

“With Facebook I am able to answer questions that people have,” Lubavitch.com’s Lightstone said. “I can create a persona that people can engage with, and it makes it a more comfortable setting to work with people.”