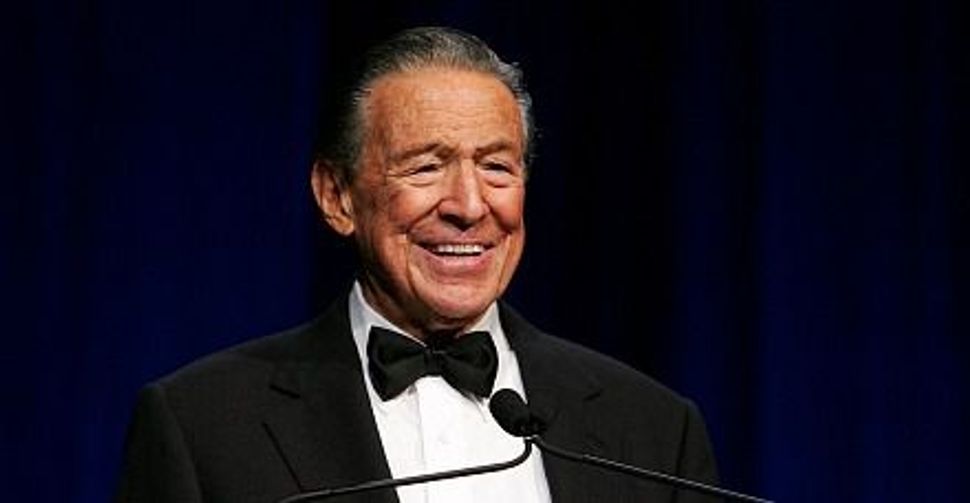 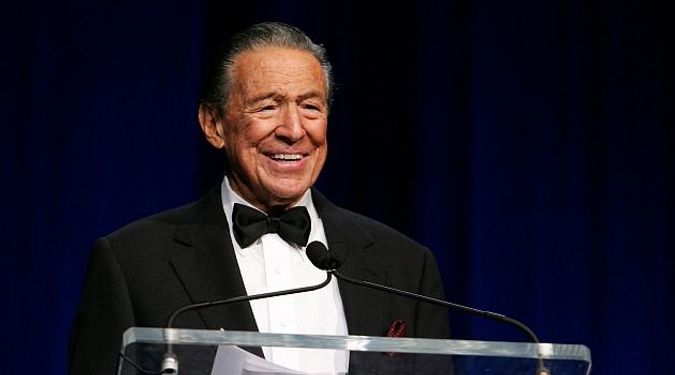 Controversial: Mike Wallace?s stories were sometimes critical of Israel but he never backed down from his journalistic ethics. Image by getty images

Of all the thousands of reports done by Mike Wallace during his four decades with “60 Minutes,” few brought as much grief to the veteran journalist and those of us who worked with him as those involving Israel. And since it was difficult to write off Mike as an anti-Semite, he was frequently charged instead with being a self-hating Jew.

That accusation, of course, was utterly false — a despicable epithet, often employed by Jewish defenders of Israel to avoid recognizing the unpleasant specific issues raised by its critics. But there is no disputing that Mike, who died April 7 at 93, raised questions few others were willing to ask about some of the basic implications of Israel’s emergence.

As a producer on “60 Minutes,” I worked with Mike for more than 26 years, and researched, reported and wrote several segments about Israel in which he was the on-camera reporter. Among the first of the pieces we did together was one on the Arabs of Israel that depicted their status as second-class citizens in what was supposed to be a democratic though Jewish state. Others included a story on Israel’s arms sales and a hard-hitting piece on the American Israel Public Affairs Committee.

But the one piece involving Mike that sparked the widest outrage involved the deaths of 17 Palestinians, shot down by Israeli police on Jerusalem’s ultra-sensitive Temple Mount (called Haram al Sharif in Arabic) on October 8, 1990.

The immediate version of the bloody incident, as proclaimed by the Israeli government and accepted by almost all major media, was that the police had gunned down the Palestinians only after the Palestinians, egged on by their imams, began heaving rocks at Jews praying at the Western Wall, which lay below the confines of the Temple Mount.

An outraged Benjamin Netanyahu, then deputy minister of foreign affairs, appeared at a dramatic press conference, exhibiting a huge, lethal-looking boulder in his hands. Reportedly, several Jews had been hospitalized.

It was a version of reality that the Israelis got out early. And except for an excellent but lonely investigative piece in the Village Voice, it went virtually unchallenged by the international media until our piece. The protests by Palestinians that their countrymen had been shot down in cold blood by rampaging Israeli police and that they had never threatened any Jewish worshippers were simply deemed not credible.

Yet, as our “60 Minutes” piece showed — using footage actually shot at the time — the Palestinian charges were accurate: There were no Jews praying at the Wall when the rocks started sailing over. The young Palestinians, in fact, were targeting Israeli police who had begun firing tear gas and bullets at them without provocation. And by that time, all the Jews who had been praying at the Wall had left the area. Checking all hospitals, we could find no cases of Jews having been injured at the Wall. Instead, the hospitals still held some gravely wounded Palestinians, including one nurse who had been shot while inside a plainly marked ambulance as she was helping to evacuate the wounded.

Our report turned out to be a shocking story both about Israel and about the mores of mainstream media.

The tsunami of protest hit us immediately — one of the most violent reactions to any report that “60 Minutes” had aired. We were denounced by just about every Jewish organization in the country and faced vitriolic outbursts from leading Israeli officials. We were whitewashing a plot by the Palestine Liberation Organization. We had lied. We had misrepresented. We were doing the work of the anti-Semites. And of course, we were self-hating Jews.

Larry Tisch, a major American backer of Israel who also happened to own CBS, summoned Mike and “60 Minutes” Executive Producer Don Hewitt (also Jewish) to a fraught breakfast meeting to defend our report, fact by fact.

Mike and Don wound up in a shouting match at an A-list dinner party with real estate and publishing mogul Mort Zuckerman, literary agent Morton Janklow and Barbara Walters (who ironically, in a teary TV statement after Mike’s death, said, “There was no journalist like Mike, and I don’t think there will be”).

Several other Jewish producers at “60 Minutes” made clear their displeasure; even a cousin of mine, a leading American backer of Israel’s Likud party, wrote CBS and demanded that I be fired.

The controversy roiled on and on. But Mike never backed down. In fact, he relished the battle. We were right, and that’s all there was to it.

Several months later, in July 1991, an independent government commission headed by Israeli Judge Ezra Kama concluded that, indeed, the Palestinian deaths were the result not of a nefarious PLO plot, but rather of an Israeli police riot. Despite the resulting 17 deaths, there was no call for anyone to be punished. And none was.

Mike was not someone with whom I ever sat around trading religious views. But he left no doubt in anyone’s mind that he identified as a Jew. Born Myron Leon Wallace, he was one of four children of Friedan and Zina Wallik who had immigrated to the United States from a Russian shtetl at the end of the 19th century. He made no pretense of being observant, but he always supported the ideal of Israel. In fact, after a particularly stormy interview with Menachem Begin in which Mike asked Begin what was the difference between PLO Chairman Yasser Arafat and the Menachem Begin of the Irgun, which the British had labeled a terrorist group, Mike and the Israeli prime minister got into a heated (and absurd) discussion as to which of them loved Israel more.

For Mike, though, I think there was a question when it came to Israel, one that he began asking early and never fully resolved. It was a question he posed repeatedly to Abba Eban, then Israel’s ambassador to Washington, back in 1958:

Wallace: Now then, Mr. Eban, regarding the American Jew and the State of Israel, the anti-Zionist rabbi, Dr. Elmer Berger, has written, “The Zionist-Israeli axis imposes upon Jews outside of Israel, Americans of Jewish faith included, a status of double-nationality,” a status which he deplores…. Your own Prime Minister David Ben-Gurion wrote back in 1953, “When a Jew in America speaks of our government to his fellow Jews, he usually means the government of Israel, while the Jewish public in various countries view the Israeli ambassadors as their own representatives.”

When Eban appeared to avoid a forthright response to Mike’s request for comment, Mike burrowed deeper:

Wallace: Would a Jew, in your estimation, be any less a Jew if he were opposed to Zionism and to Israel?

Eban: In my own personal interpretation, I would say that a man who opposed the State of Israel and the great movement which brought it about would be in revolt against the most constructive and creative events in the life of the Jewish people.

Wallace: But Judaism is a religion, sir.

Television this sharp and unfettered is hard to imagine today. But it was the dawn of the medium, and the dawn of a career that would see Mike win 27 Emmys, three Peabodys and a slew of other professional awards that came to line his shelves. Amid these, one of the proudest recognitions Mike brandished was a framed letter on his office wall from Anti-Defamation League leader Abraham Foxman, who had first publicly accused “60 Minutes” of “unprofessional techniques,” “bias” and a “prejudicial attitude” after our Temple Mount story. The letter was an apology. “The facts are now in regarding the Temple Mount,” Foxman wrote. “Judge Kama rejects some of the claims the Israeli officers made and comes closer to some of the conclusions reached by ‘60 Minutes.’”

In a short piece for “I Am Jewish: Personal Reflections Inspired by the Last Words of Daniel Pearl,” Mike sought to explain his attitude toward Israel, both as a Jew and as a journalist — his contribution to an anthology honoring the memory of the Wall Street Journal reporter murdered by Al-Qaeda-linked terrorists in 2002.

“I have long admired the courage and determination of the Israelis and sympathized with their yearning for a secure state,” Mike wrote. “I have similar feelings about the Palestinians. But I’m an American reporter, a Jew who believes in going after facts on the ground, as Daniel Pearl did, and reporting them accurately, let the chips fall where they may.”

Barry Lando, a former “60 Minutes” senior producer, is the author of “Web of Deceit, the History of Western Complicity in Iraq, from Churchill to Kennedy to George W. Bush.” He blogs at barrylando.blogspot.com. Contact Barry Lando at barrylando@blogspot.com