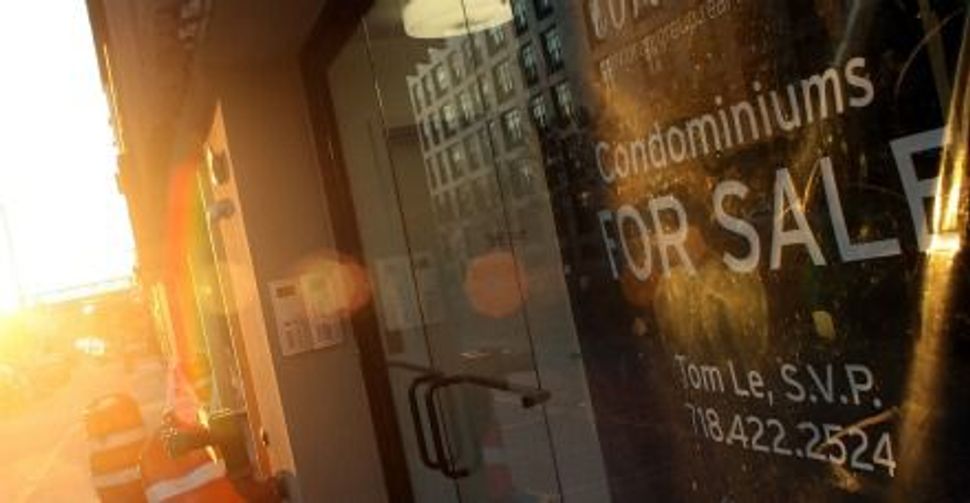 The father-and-son owners of a derelict Philadelphia factory that went up in flames and killed two firefighters in April are members of a prominent Brooklyn Hasidic Jewish family.

Nahman and Michael Lichtenstein, who face a grand jury probe in connection with the deadly blaze, are related to a prominent Hasidic rabbi as well as to the publisher of the Orthodox newspaper Hamodia.

They reportedly own about 30 other properties throughout Philadelphia, many of them vacant and otherwise troubled. Michael Lichtenstein is also developing a multimillion-dollar luxury rental building in one of Brooklyn’s most fashionable neighborhoods.

The former Buck Hosiery Co. building in Philadelphia’s Kensington section had reportedly received numerous citations by local authorities, as well as complaints from neighbors, in the months before the inferno erupted on April 9.

According to Philadelphia press accounts, Nahman and Michael Lichtenstein are subjects of a grand jury investigation that will determine whether criminal charges will be filed over the blaze in the factory they owned. Since the fire, inspections of the other Philadelphia properties owned by the family have unearthed violations and hundreds of thousands in unpaid taxes.

One abandoned row house owned by the men has been used as a headquarters by drug dealers. And a condominium development owned by the men in Center City Philadelphia is in foreclosure proceedings following a default on an $11.5 million bank loan, according to a Philadelphia Inquirer report.

The Lichtensteins could not be reached for comment. Their attorney also did not respond to a request for comment.

Though Philadelphia press accounts have referred to a third Lichtenstein family member, Yechiel Lichtenstein, as an owner of the Philadelphia properties, documents show that Michael and Yechiel are names alternately used by the same person.

Michael is the son of Nahman Lichtenstein and his wife, Ruth Lichtenstein, founder and publisher of the Brooklyn-based, English-language, ultra-Orthodox, daily newspaper Hamodia.

Hamodia, which is widely read in Orthodox communities around the United States, has a policy against running photographs of women in deference to Orthodox modesty standards. During Hillary Clinton’s 2008 presidential run the paper said it would not publish images of her.

Ruth Lichtenstein is a granddaughter of a former leader of the Ger Hasidic dynasty, one of the largest Hasidic sects in the world. She is a cousin of Rabbi Yaakov Aryeh Alter, the sect’s current Israel-based leader.

A person who answered the telephone at Ruth Lichtenstein’s office referred questions about the fire to her attorney, who did not respond to requests for comment.

Despite business troubles in Philadelphia, Michael Lichtenstein has invested in a major new residential development in the Williamsburg section of Brooklyn, a once-industrial neighborhood now booming with high-end condominiums.

The planned rental apartments are on North 6th Street, around the corner from a subway stop and near an active nightlife strip. The $13.7 million property was purchased last December from the local Catholic parish and consists of a former church, a shuttered parochial school, a rectory and a parking lot.

“It’s almost as prime as you can get… in Williamsburg,” said Williamsburg real estate broker David J. Maundrell III, president of aptsandlofts.com.

Once complete, the property could draw rental rates as high as $3,200 per month for a 700-square-foot apartment, Maundrell said.

In April 2011, Michael Lichtenstein and two partners formed a company called North Flats LLC to buy, develop and operate the plush Williamsburg property. The bishop of Brooklyn had issued a decree in March permitting the sale of the church.

Construction at the site has drawn a handful of ultimately unsubstantiated complaints in recent weeks, according to records from New York City’s Department of Buildings. On two occasions in April, a complainant reported that items had fallen from the construction site to the sidewalk: in one case, a two-by-four plank; in another, shards of glass. Inspectors dispatched to the site on both occasions found that no violation citation was warranted, according to records.