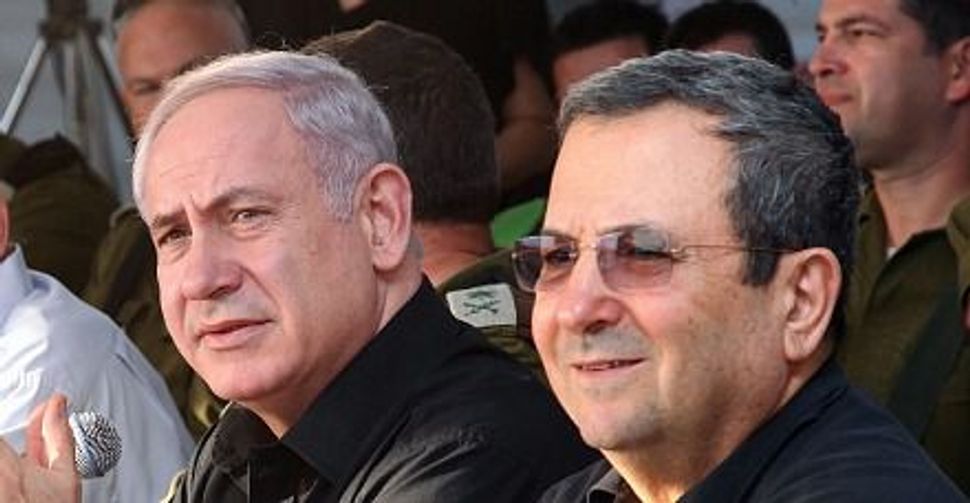 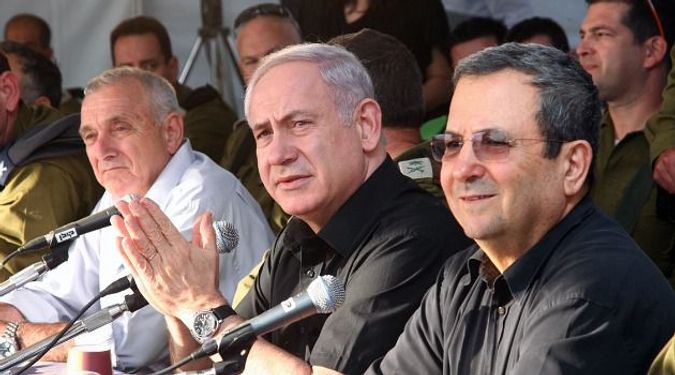 On a sunny Sunday afternoon in late April, Israel put its raucous, divided political culture on full exhibition in New York for a day — and New York did not like what it saw.

The occasion was the first-ever Jerusalem Post Conference, an all-day public seminar on Israeli policy, held on April 29 at Manhattan’s Marriott Times Square Hotel. The star-studded event brought together some two dozen Israelis from the worlds of government, defense, philanthropy and journalism, along with a handful of American Jewish activists, and put them on a stage before a paying audience of 1,200 for a day of speeches and panel discussions.

Though billed in advance as a “hugely important” exploration of “the major issues facing the Jewish people,” the conference generated headlines in Israel and around the world mostly for its showcasing of Israeli politics as usual: a parade of political attacks, grandstanding, name-calling and shouting matches, punctuated by repeated catcalling from the audience and occasional bursts of reasoned analysis.

An emotional climax came in the late morning, when famed Harvard University legal scholar Alan Dershowitz came to the stage and begged the assembled to tone down their rhetoric. “The first rule” in gatherings like this, he said, is “do not ever, ever boo a president of the United States” when “speaking on behalf of the state of Israel.” The audience of mostly American Jews greeted his plea with a mixture of polite applause and derisive boos.

Dershowitz went on to offer what he called “rule number two: Please, Israelis, do not bring your domestic political battles to any forum here.” Rather, he urged, “speak in a united fashion” and “present the consensus case.” This point won spirited audience applause and was echoed later in the day by another leading Diaspora commentator, Australian-Israeli businessman Isi Leibler.

But as one Israeli after another rose to speak, it became clear that the plea was futile, for the simple reason that there is no Israeli consensus to present.

The most heated disagreements between the two sides concerned Israeli policy toward Iran and the Palestinians — in one case, whether Israel should consider a solo military strike against Iran’s nuclear program, as the government officials believed and the generals did not; in the other case, whether peace is achievable in the near term with the current Palestinian leadership, which Olmert and Dagan believed and the government officials furiously rejected.

The debate echoes a steadily worsening public rift in Israel between Netanyahu and a growing list of former defense and intelligence chiefs over those two issues. The latest to turn against the prime minister is former Shin Bet domestic security director Yuval Diskin, who caused a furor on April 27 with a speech denouncing Netanyahu’s policies and questioning his fitness to lead.

Diskin’s criticisms echoed nearly identical complaints voiced by Dagan a year ago. Both men served under Netanyahu until early 2011, together with then-army chief Ashkenazi. Dagan has claimed that the three of them together had managed while in office to restrain dangerous impulses toward “adventurism” on Iran by Netanyahu and his defense minister, Ehud Barak. Dagan worried aloud who would do so now that the three had retired. Diskin made a similar argument in his April 27 speech, accusing Netanyahu and Barak of “messianic” impulses.

Ashkenazi had not publicly acknowledged his disagreements with Netanyahu until the New York conference, where he spoke out for the first time in favor of Israeli restraint toward Iran. Echoing Dagan, Olmert and ex-air force chief Shkedy, Ashkenazi said Israel should face Iran as part of an international alliance with its “friends in the region and around the world,” rather than going it alone. He added that sanctions against Iran had “worked in the past,” citing Iran’s freezing of nuclear research under pressure in 2003.

It was Diskin’s still-fresh speech that prompted the most heated exchange at the New York conference two days later. Dagan, asked during a panel discussion what he thought of Diskin’s comments, described the former Shin Bet chief as a “serious man” with deep convictions and rich counter-terrorism experience. Erdan, the environment minister, retorted that Diskin was motivated by a personal grudge. Dagan then called Erdan a “liar,” at which point Erdan accused Dagan and Diskin of “sabotaging” Israeli security. The two men tensed in their chairs and appeared to be on the verge of exchanging blows.

The acrimony at the Marriott may have accurately reflected the deep rift in Israel. But its transfer to a New York hotel ballroom was partly accidental. The Post was aiming for a high-prestige event to establish itself as a presence on the New York intellectual scene. Once the speakers’ list was determined, however, protocol dictated that Olmert, the former prime minister, give the opening talk, since he was the highest-ranking guest on the bill. As it happens, Olmert has been in a fighting mood lately. Forced from office by corruption charges in 2009, he has been publicly defending the legacy that was cut short when he was brought down, even while defending himself in court on the charges that undid him.

Olmert’s stock speech, which he has delivered in several public and private appearances in New York and Washington, has included three elements in varying combinations: First, a defense of the much-criticized wars he fought in Lebanon and Gaza, which, he noted, have brought six years of quiet on Israel’s northern border and a dramatic reduction in rocket fire in the south. Second, an attack on Netanyahu’s Palestinian policies, which have failed — deliberately, Olmert contends — to restart the peace negotiations Olmert was conducting until his government collapsed. Third, attacking Netanyahu’s apocalyptic Iran tactics, which Olmert claims have unnecessarily strained relations with Washington.

At the Marriott, Iran was Olmert’s main focus. The Islamic Republic, he said, is neither the Nazi-like existential threat that Netanyahu claims it to be nor the simple target Netanyahu claims Israel can overcome alone. For all Israel’s strengths, Olmert said, “we should face the international community with quieter tones.” It isn’t healthy for either party, he said, if America is seen as “under the command of the state of Israel.”

The ex-prime minister’s comments were well received when he appeared in March at the J-Street conference in Washington. But they were red meat for the conservative Jerusalem Post crowd, which was largely male, middle-aged and at least one-third Orthodox. Olmert was constantly interrupted by booing, hissing, cries of “Neville Chamberlain” and calls in American-accented Hebrew of “maspik kvar” (enough already) and “lech habaita” (go home), which he deflected with steadily decreasing composure.

The rest of the day was in essence a response to Olmert’s challenge. Erdan, Ayalon and Glick countered his arguments; Dagan, Ashkenazi and Shkedy seconded them, and audience members continued cheering their favorites and booing those they disliked.

The day’s most startling insight, however, was Olmert’s response to the scorn heaped by conservatives on Dagan, Diskin and their colleagues. “What has happened that all the leaders of Israel’s security services suddenly think in the same way?” Olmert asked. “Until they expressed their opinion in public, they were brave and admired fighters. Suddenly, they are enemies of Israel? Suddenly, they don’t care about Israel’s security?”

He was looking at Erdan, but he could just as well have been addressing the rowdy audience with the implied question he didn’t ask: What do you know that these fellows don’t?