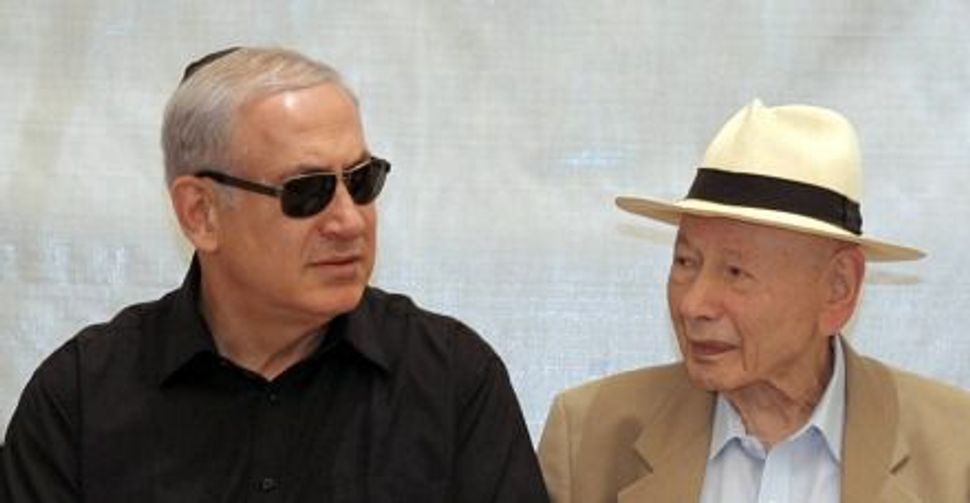 Benzion Netanyahu, the father of Israel’s prime minister, who died on April 30 at the age of 102, belonged to that generation of Jewish scholars who believed that what they studied, wrote about and taught had an importance that transcended academic interests. These learned individuals imagined that what they had discovered not only shed light on the character of the Jews but also was consequential for Jewish survival. 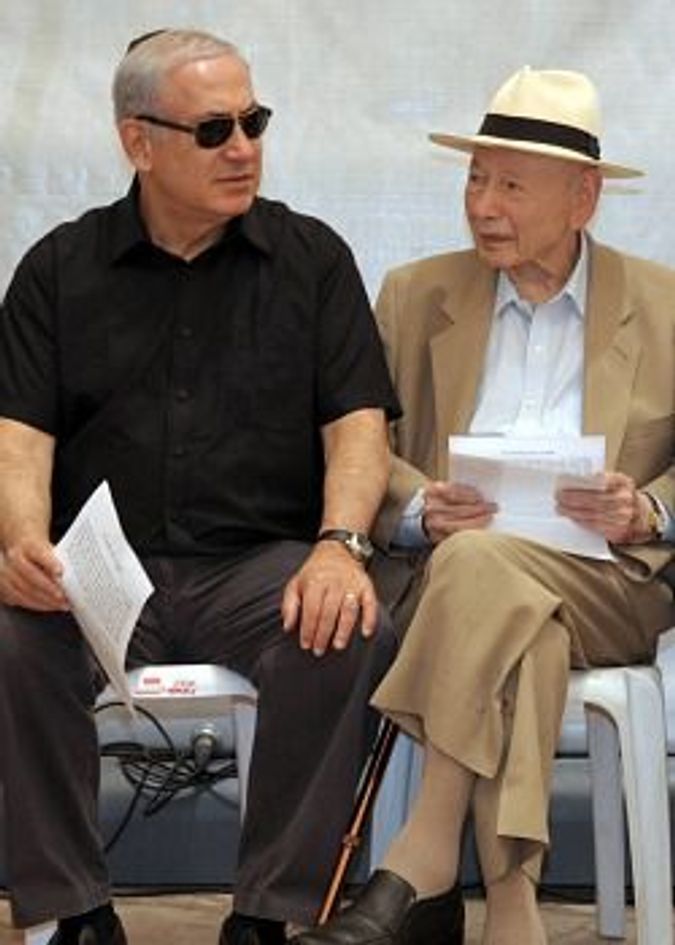 In Netanyahu’s first academic work — a 1953 book-length biography of the famed 15th-century Iberian financier, statesman, biblical scholar and essayist, Don Isaac Abravanel — Netanyahu seized the opportunity to think more broadly about the political fate of Sephardic Jews. Netanyahu boldly declared: “What was going on in Spain was a bitter and full-fledged racial war under the cover of religious agitation.” Netanyahu stressed that the Inquisition’s program against the descendants of the Jews who had converted to Christianity, during the riots of 1391 and over the course of the 15th century, was “the most radical anti-Jewish measure taken at any time in the Middle Ages.”

In “Don Isaac Abravanel. Statesman and Philosopher,” Netanyahu was equally concerned with the Jews’ seeming inability to confront the forces that threatened to undermine their community. The Jews had “succumbed to the official propaganda” regarding the religious motivations of the Inquisition and did not appreciate the threat looming against them. But this should not surprise, declared Netanyahu, since “[the] blindness manifested by the Jews in the Diaspora for developments laden with mortal danger is nothing short of proverbial…. Just as the Jews of Germany failed to fore see Hitler’s rise to power at any time during the period preceding that rise, so the Jews of Spain failed to notice, even a few years before the expulsion, the mountainous wave which was approaching to overwhelm them.” Netanyahu wanted to understand how the Jews, and especially Abravanel, were oblivious to what would befall them.

Thirteen years later, Netanyahu, then a prominent medievalist and professor of medieval Jewish history, returned again to the 15th century and challenged those historians who claimed that the Jews who had been forcibly converted and those who had voluntarily come to the cross over the course of the 15th century were indeed secret Jews, who sought to preserve their Judaism at the risk of their own lives. Since the Inquisition was correct in its identification of Jewish practices among the converted, these authors averred, the conversos who were brought before Inquisitorial tribunals should be correctly viewed and celebrated as martyrs for the Jewish faith.

Netanyahu declared in “The Marranos of Spain from the Late 14th to the Early 16th Century, According to Contemporary Hebrew Sources,” that, based on contemporary responsa, polemical and exegetical literature, the Jewish converts to Christianity, especially after the first generation, were Christians who possessed hardly any connection to their Jewish origins. According to Netanyahu, hatred for the conversos within Iberian society was aroused only when these New Christians rose to distinguished positions. The aim of the Inquisition was “not to eradicate a Jewish heresy from the midst of the Marrano group, but to eradicate the Marrano group from the midst of the Spanish people,” he wrote.

The Inquisitorial attack on the conversos was not motivated by religious concerns, argued Netanyahu, but by racial considerations. In that same 1966 volume, he promised his readers that he would present these same conclusions after an intensive complementary study of the “non-Hebrew sources.” Almost 30 years later, Netanyahu weighed in with a 1,350-page book — “The Origins of the Inquisition in Fifteenth Century Spain” — dedicated to proving, from a plethora of Latin and Romance materials, that the conversos were good Christians. Early on in the work, the reader was assured that the author’s thesis had remained unaltered by 30 years of indefatigable research.

Revealingly, Netanyahu began his magnum opus neither with the history of 15th century Iberian Jews nor with the history of the Iberian kingdoms, but with an overview of the history of anti-Judaism, including appreciable detail on 5th century B.C.E. Elephantine Jewry and their treatment by the society in which they lived. For the author of this massive tome, it was the persistent and ineradicable historical hatred of the Jews that led to the downfall of Iberian Jews. Through a careful and detailed analysis of the debates that preceded and arose in the wake of the 1449 anti-royal and anti-converso revolt in the Castilian city of Toledo, Netanyahu charted the rise of a particularly virulent racial anti-Judaism.

Netanyahu wrote in the shadow of the destruction of European Jewry in the mid-20th century, and his words and ideas reflected this proximity. He described the claim of the Inquisitors of rampant Judaizing among the conversos as “atrocity propaganda,” their accusations of heresy as “big lies” and the group’s “racial theories” as the focal point for those dedicated to “exterminating” the New Christians.

Netanyahu disdained the opinions of his colleagues and was determined to counter their delusions. Throughout his book, Netanyahu adopted a tone of one who uncovered conspiracies imperceptible to the untrained eye and even to the scores of scholars who labored diligently in this field. But for a prophet who had witnessed the destruction of so many of his people because of what he believed to be their slavish adherence to the accepted wisdom of their times, unswerving fealty to the righteousness of his message was more important than ingratiating himself with a wider audience.

Benjamin Gampel, author of “The Last Jews on Iberian Soil” and editor of “Crisis and Creativity in the Sephardic World,” is Eli and Dinah Field Chair in Jewish History at the Jewish Theological Seminary. He is writing a book on the riots and forced conversion in the Iberian peninsula during 1391 and 1392.