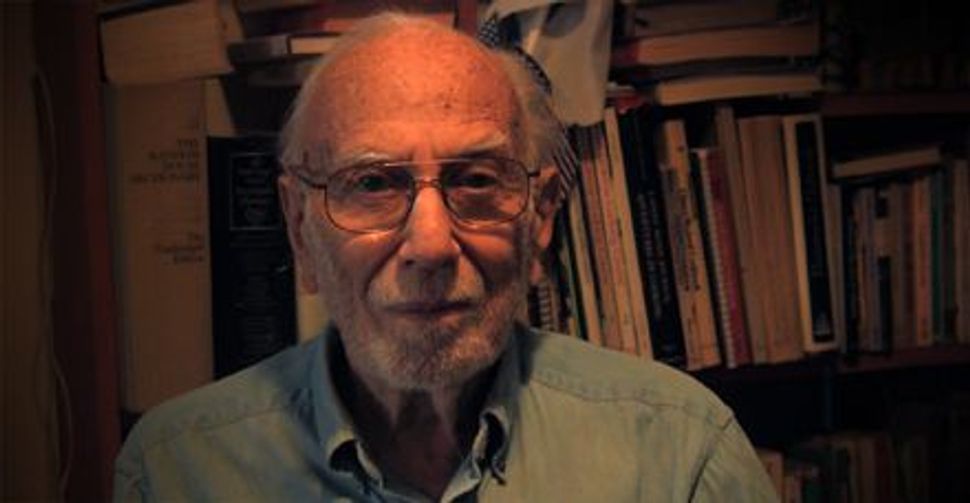 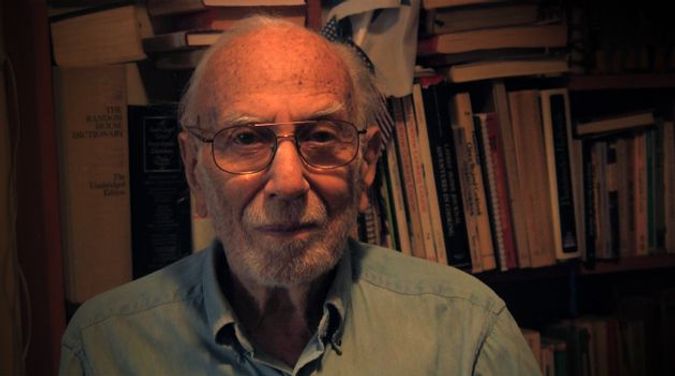 Moshe Kagan, a lifelong left-wing American Zionist who died May 3 at age 92, was a man of many talents, but none were more endearing than his talent for friendship; and none of his friendships were more surprising than his decades long warm relationship with Ariel Sharon.

For an Israel that today appears to be following the United States down the path of bitter and personal polarization in its politics, the relationship these two very different individuals maintained over many years seems a product of a distant era. As detailed in journalist Doug Chandler’s 2006 interview with Moshe in the magazine Israel Horizons, in which he laid out many of the details of his life, the two men met in London in 1956, when Sharon, then an up and coming young Israeli officer, was on a training mission and Moshe was attending a business conference. Sharon didn’t speak any English at the time and was very lonely by himself, according to the account. Moshe spoke fluent Hebrew and they hit it off.

They remained in touch. Shortly after the 1967 Six Day War, David, Moshe’s young son, was spending the summer on a kibbutz, feeling lonely and homesick. At Kagan’s urging, Sharon (now a national hero) visited David, spending an entire day with the twelve year-old, instantly making him one of the most popular kids in the community.

When Sharon retired from active army service in the 1970s, he asked Kagan for advice on launching a political career. Ever since his days in his youth in Lithuania in the radical socialist youth movement, Hashomer Hatzair, Moshe was a committed left-Zionist. During Israel’s first half century as a state, Hashomer Hatzair’s adult political arm was Mapam, an avowedly socialist-Zionist party that was then part of the ruling “Labor Alignment.” Moshe arranged a meeting for Sharon with Yakov Hazon, one of Mapam’s two co-leaders at the time, but it didn’t go well. When asked what had transpired, Hazon responded simply: Sharon “is not a socialist.”

Yet Kagan’s friendship with Sharon endured. On one of his frequent visits to Israel, he was part of an assemblage of Diaspora representatives who met with Sharon soon after Sharon took the reins as Israel’s new prime minister in 2001. Sharon noticed Moshe in the crowd and proclaimed out loud — somewhat to Moshe’s embarrassment — that he had a job in his new government for his “old friend, Martin Kagan.” Moshe didn’t take him up on the offer. But he did advise dispirited liberal colleagues that Sharon was a “pragmatist” rather than an ideologue, anticipating to some degree Sharon’s turn toward the center of Israel’s political spectrum with his 2005 “Disengagement” from Gaza and later break with the hawkish Likud to form his own, more centrist Kadima party.

Moshe was fortunate to leave Lithuania in 1940, spending about a year with an uncle in the Bronx before enlisting in the United States Army, shortly after the attack on Pearl Harbor. The army discovered his aptitude for engineering and put him to work on a system to locate enemy artillery; he later served in Britain and France.

After World War II, Moshe earned a degree in electrical engineering from the City College of New York. Among his professional achievements were innovations in battery power that had wide applications in military and space technology. Within six months of graduating college, he rose to become executive vice president of a small firm called Yardney Electric and oversaw its expansion from five to approximately 1,000 employees. In the early 1960s, he became the firm’s president.

Throughout, Moshe continued his Jewish activism as a founder of Americans for Progressive Israel, the American affiliate of Mapam, which he also served as president for a time. In 1997, paralleling developments in Israel, API merged with another group to form Meretz USA (now Partners for Progressive Israel).

Moshe’s secularist convictions informed his Zionism. He believed passionately in the concept of “Jewish peoplehood.” Among his many other organizational involvements were the World Jewish Congress, the Board of Governors of the Jewish Agency for Israel and the Jewish Labor Committee. In all these venues, he strove to advance his twin commitments to secular Jewish identity and social justice.

Moshe, who succumbed to pneumonia, was preceded in death by his longtime companion, Betty Kaye Taylor, who died in February of 2011. He is survived by his son David, daughter Lori, and grandchildren, Talia and Noah.

Ralph Seliger was active in left-Zionist circles with Moshe Kagan for 29 years.