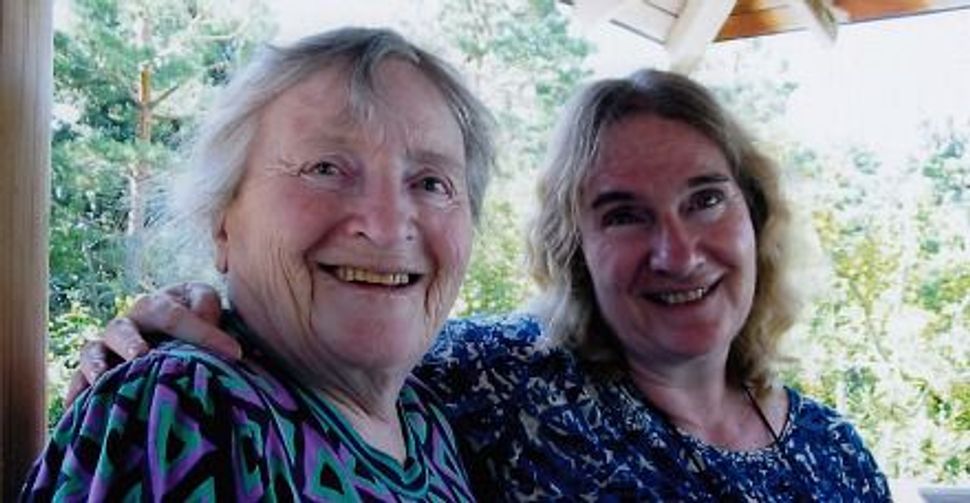 Image by courtesy of goldie morgentaler 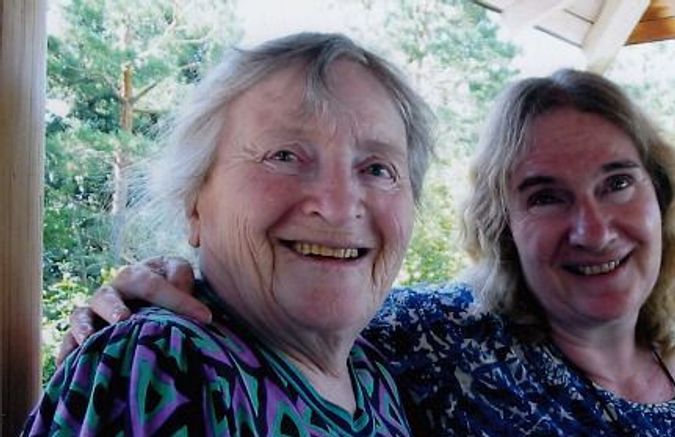 Words That Bind: Chava Rosenfarb relied on her daughter, Goldie Morgentaler, to bring her Yiddish stories to an English-speaking audience. Image by courtesy of goldie morgentaler

My mother and I used to fight about translation. These were not genteel disagreements but passionate, intemperate shouting matches. She would say: “That’s not what I meant! You twisted my words. Why can’t you just translate what I wrote?” I would say: “Because it’s not English; you can’t say that in English!” Or, “It’s too sentimental, too much mush, too many adjectives.” She would say: “What a cold language English is!”

My mother was the Yiddish writer Chava Rosenfarb; she died in January 2011, at the age of 87. I tell you about our quarrels not to suggest that my mother and I had a quarrelsome relationship. On the contrary, we seldom fought about anything non-literary. Nor do I tell you this because I want to demonstrate that she and I were a team, a translating team, although that is exactly what we were. I tell you this because I want to emphasize just how important writing was to my mother’s life and how much emotion, passion and energy she devoted to it.

The first thing journalists and reviewers usually say when they refer to my mother is that she was a Holocaust survivor, as if this one event defined her for all time. Well, she was a Holocaust survivor, but it was not the essence of her life. When asked what she did, she always replied, “I am a writer.” And she bristled if anyone implied that because she did not leave her house and go to work every day, she had no job. Writing was her job; more than that, writing was her life. She was never more miserable than when she had a writer’s block and never happier than when she had a great idea for a story. When she was elderly and could not write much anymore, she would shake her head and say with regret, “I was happiest when I was writing.”

But writing is a lonely business, and it was especially lonely for someone writing in Yiddish. When her great work, “The Tree of Life,” was first published in Yiddish in 1972, she received letters from readers from all over the world and glowing reviews in the Yiddish press, which acclaimed it as one of the superior literary depictions of the Holocaust. But she could not convince an English-language publisher to take a chance on the novel until 2000.

In the wider world — that is, the English-speaking world — she was unknown, merely another obscure housewife who thought she could write. As she put it in her essay “Confessions of a Yiddish Writer”:

If writing is a lonely profession, then the Yiddish writer’s loneliness has an added dimension. Her readership has perished. Her language has gone up with the smoke of the crematoria. She creates in a vacuum, almost without a readership, out of fidelity to a vanished language; as if to prove that Nazism did not extinguish its last breath, that it is still alive.

She felt, she said, “like an anachronism, wandering across a page of history.”

Like most Yiddish writers, she required a translator, and so she gave birth to one — she gave birth to me. We began collaborating on translations of her works when I was 13 years old, and we never really stopped. Sometimes, she did most of the translating and I was merely an editor, as with her novels “Bociany” and “Of Lodz and Love,” for which she won the John Glassco Prize for Literary Translation. Sometimes, I did most of the work. This was especially true of the short story collection “Survivors,” and of “Letters to Abrasha,” her last novel, on which I am still at work. But mostly, we worked together and fought about words and meanings and transmutations of sentences.

In a sense, the tragedy of Yiddish — the fact that it went so quickly from being the lingua franca of the majority of the world’s Jews to being a language spoken by the very few — brought us together. We became more than simply mother and daughter; we became partners and collaborators in a great literary enterprise.

Literature was the all-in-all for my mother. When she was not writing it, she was reading it. She read novels and books of poetry. She read in Yiddish, in English, in French, in Polish. Her favorite non-fiction books were the biographies of other writers. My mother loved her children; she loved her garden; she loved my dogs. She loved flowers and magnificent landscapes like the open skies of the Canadian Prairies, where she spent her last years. But it was in the literary world that she found her true joy, her sense of purpose, her redemption from suffering and terrible memories. It was only while writing about the Holocaust that she could come to terms with it — and the same was true for the tragedy of her failed marriage.

My mother was sensitive to a fault, but she had the warmest heart and the sharpest mind. She believed in the value of the everyday, in the holiness of mundane things, because she had lived too much in interesting times. She had desperately wanted a happy, sedate family life without tension or betrayal or cruelty. She did not get it.

As you may imagine, I have many memories of my mother; some of the sweetest are very ordinary, such as shopping trips we made together, or going for walks with the dog, or of her wonderful chicken soup, which was the only thing she ever cooked that conformed to the stereotype of the Jewish mother. But my favorite memory is of the sight of my mother, sitting at her desk, so immersed in what she was writing that she did not hear what was said to her. When I saw her there, with her beautiful hazel eyes fixed dreamily on the distance — or, more accurately, fixed on the inner landscape of her imagination — I knew that all was well with the world and that life was good.

Goldie Morgentaler teaches English at the University of Lethbridge in Alberta, Canada.