Washington’s Iconic Letter To Be Displayed 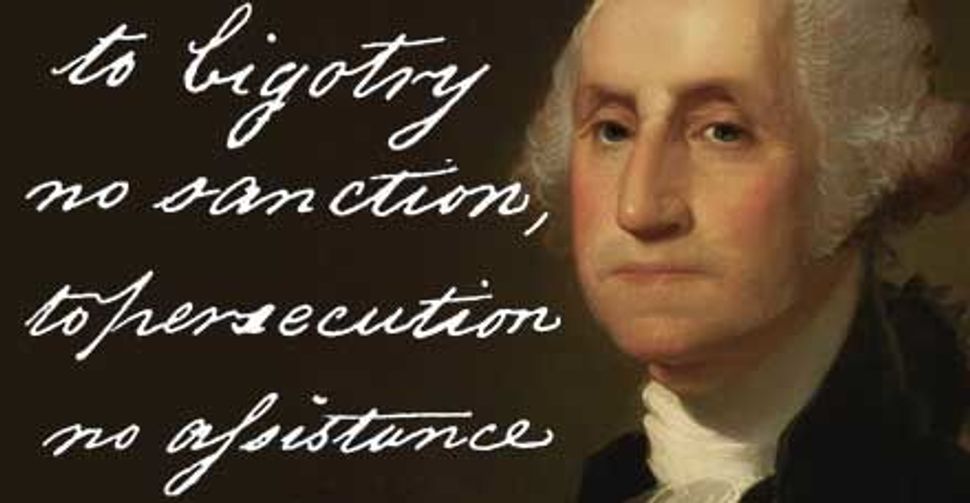 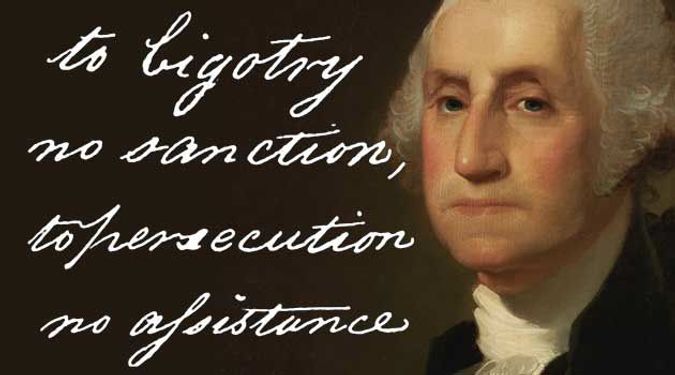 After a decade hidden from view, one of the most important documents in American history is set to burst back onto public display, the Forward has learned.

George Washington’s 1790 letter to the Hebrew Congregation in Newport, Rhode Island, in which the first president vowed that America would give “to bigotry no sanction, to persecution no assistance,” will form the centerpiece of a special show at the National Museum of American Jewish History, opening on June 29.

Ivy Barsky, the NMAJH’s director and chief operating officer, said she was “absolutely thrilled” to have acquired the letter, widely regarded as Washington’s most eloquent statement on religious liberty, on a three-year loan. Barsky said her museum’s location in Philadelphia, opposite the Liberty Bell and Independence Hall, meant that one of the founding documents of the nation “is really and truly where it belongs.”

Click to view a high resolution version of the letter.

As the Forward reported in a series of articles and editorials last year, Washington’s letter spent decades on display in the Klutznick Museum at B’nai B’rith International’s flagship headquarters in Washington. In 2002, when financial pressures forced B’nai B’rith to relocate to smaller offices, the majority of its collection, including the letter, was put into storage. Many scholars did not know where the letter was until the Forward revealed it to be housed in an art storage facility in suburban Maryland.

Several institutions, including the NMAJH and the Library of Congress, have tried for years to pry the letter away. But B’nai B’rith claimed that its hands were tied by the letter’s legal owner, the Morris Morgenstern Foundation, which would not allow the letter to be moved.

B’nai B’rith’s former president Moishe Smith told the Forward last December that he tried to convince the foundation to loan the letter to the NMAJH for its official opening in 2010 but was turned down.

Barsky, who met with the Forward at a hotel in lower Manhattan on May 7, said she did not know what prompted the Morgenstern foundation’s representative, Richard Morgenstern, to change his mind. He first called the museum towards the end of last year, initiating several months of conversation that resulted in the loan agreement.

Josh Perelman, the NMAJH’s chief curator, said he found Morgenstern to be a person who “cares deeply” for the letter and who understands its “critical importance for American Jewish and American history.”

Perelman described the loan as a “remarkable opportunity” for the museum.

Read the remarkable story of how the Forward untangled the mystery of Washington’s letter and led the fight for it to be returned to public display.

He said Washington’s letter was in “magnificent condition,” though it had been laminated. Perelman said lamination was “standard practice” in conservation about 60 years ago and that many institutions, including the National Archives, hold documents that have been laminated. He hopes the letter will be delaminated in the future.

Since Perelman learned of the acquisition he has secured other important religious freedom documents on loan to form the basis of the museum’s first special exhibition: “To Bigotry No Sanction: George Washington and Religious Freedom.”

The documents include originals of Washington’s letters to Quakers, Lutherans and Catholics; Thomas Jefferson’s draft of “An Act for Establishing Religious Freedom,” and one of the first public printings of the U.S. Constitution.

Perelman said the exhibition will illustrate the “intensive discussion about the role of religion in public life” which took place during America’s early years. Of all the documents the museum has brought together, Perelman said that nothing quite compares with Washington’s letter to the Jews of Newport.

“It is deeply eloquent, and it is so meaningful,” said Perelman, who was so moved by the imminent arrival of the letter that he read the text to his children, ages 5 and 9. “I get chills every time I read it, because its prose and its promises are immensely significant.”

Washington drafted his letter following an official reception in Newport in August 1790. His immortal eight-word phrase was inspired by an almost identical line in a letter he received from the Newport congregation’s president, Moses Seixas, who heralded the advent of an American government “which to bigotry gives no sanction, to persecution no assistance.”

The Forward revealed last year that Morris Morgenstern bought the Washington letter from Howard Milkman Jr., a direct descendant of Seixas, around 1950. Morgenstern bought a copy of the Seixas letter, from Seixas’s letter book, at the same time.

Since Morgenstern’s death, in 1969, the letters have been controlled by his son, Frank Morgenstern, the sole trustee of the Morris Morgenstern Foundation, and by Frank’s son, Richard Morgenstern.

Under the terms of Morgenstern’s loan to the NMAJH, both documents can be displayed for only three months each year because of conservation concerns.

Barsky would not disclose the amount for which the Washington letter has been insured, but she said the museum had to raise $1 million to cover costs. The museum also plans to adjust the configuration of its fourth floor gallery to create a permanent space for the letter after the special exhibition closes on September 30.

Jonathan Sarna, the museum’s chief historian, said he was thrilled that the NMAJH was “bringing back to life something that has not been seen for a very long time.”

“My hope is that the Jewish community will appreciate the deep, deep significance of this and will turn out in large numbers to really see one of the great documents of modern Jewish history,” said Sarna, a professor of American Jewish history at Brandeis University.

Sarna, who was speaking from a car traveling across Indiana, rattled off a line from Washington’s letter almost verbatim — “It is now no more that toleration is spoken of, as if it was by the indulgence of one class of people, that another enjoyed the exercise of their inherent natural rights.…” — before underlining the importance of the letter not just as a piece of paper, but also as a statement about an integral part of America’s character.

“You’re not just seeing the Mona Lisa,” Sarna said. “Really this is an opportunity to educate Jews and non-Jews about one of the great texts of early America that… talked about religious liberty in the United States.”

Washington’s Iconic Letter To Be Displayed