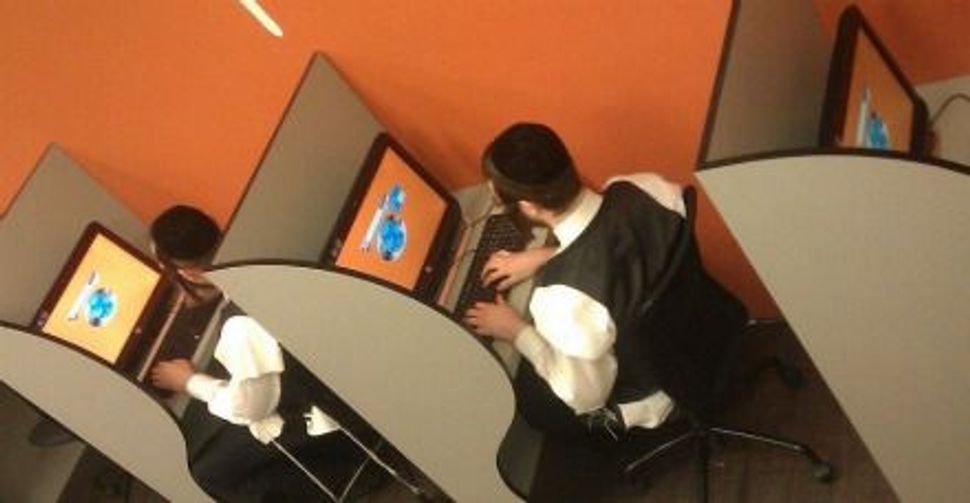 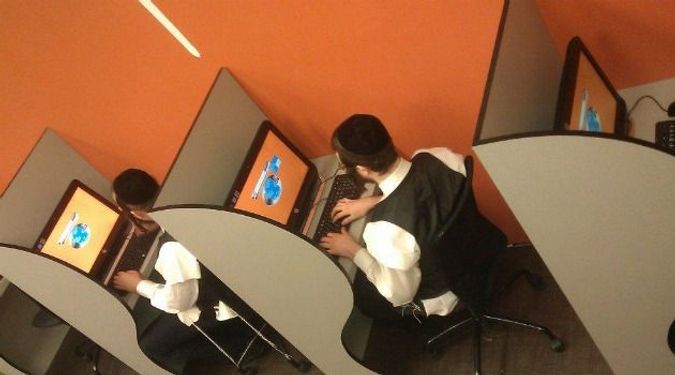 Not Everything on Web: Hasidim use computer kiosks at a Brooklyn internet cafe. Bowing to a local ultra-Orthodox rebbe, the owner blocks many internet sites deemed inappropriate or critical. Image by josh nathan-kazis

Joseph Oppenheim’s iShop, in the Williamsburg section of Brooklyn, looks more or less like any other computer store. Oppenheim sells laptops and iPads, and charges for Internet access at a few Web kiosks in the back.

If the Satmar rebbe Aaron Teitelbaum has his way, kiosks like the ones in Oppenheim’s store will be the only way that his thousands of followers will be able to access the Internet.

Teitelbaum, one of two dueling Satmar rebbes, is imposing a blanket ban on home Internet. He’s taking a harder line against the Web than the scores of ultra-Orthodox leaders who backed a May 20 rally highlighting the dangers of the Web, held at New York’s CitiField stadium. If they absolutely must go online, Teitelbaum preaches, Satmar Hasidim should use filtered connections outside the home. 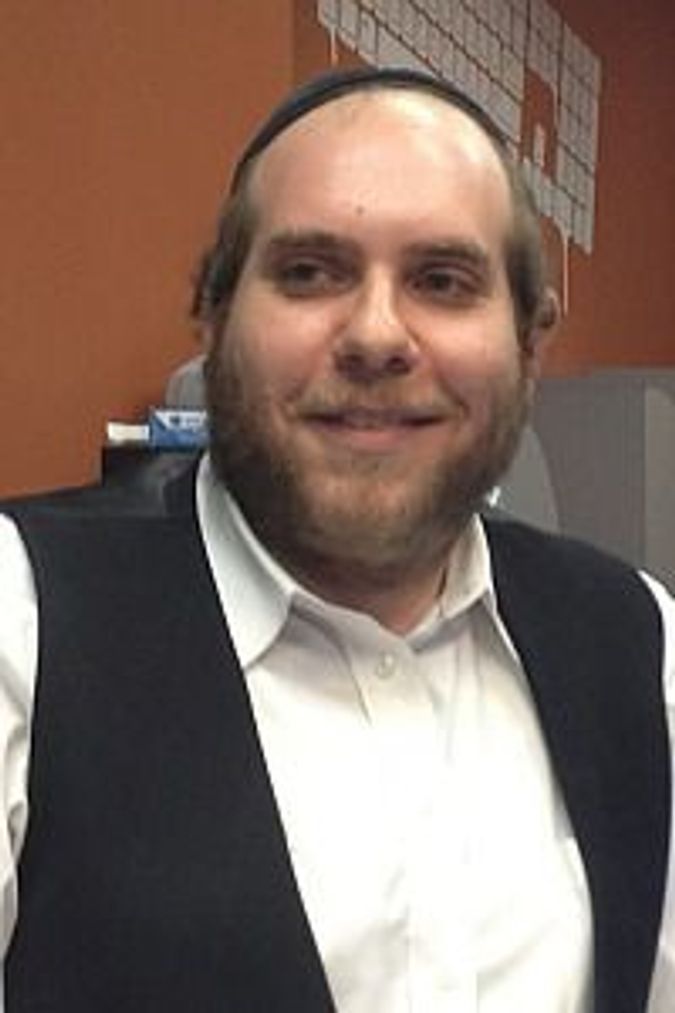 The plan is not without kinks. Oppenheim’s kiosks filter the Web to meet what employees call the “Williamsburg standard.” But what that actually means is still in flux.

“With one click you have the whole world,” Oppenheim said, describing the problem the Web poses for ultra-Orthodox Jews. “In our community, we were raised and grow up in a way that we should not be exposed to the whole world.”

In his shop, Oppenheim, 28, wears the weekday uniform of the Satmar sect: a black vest over a white dress shirt, black pants and a white yarmulke. Though he was born in New York, Yiddish is his first language, and his English is good but uncertain.

Oppenheim opened iShop this past March. Situated in a basement space beneath a copy shop on a Hasidic-dominated stretch of Williamsburg’s Bedford Avenue, iShop takes pains to look modern. The store logo features the symbol of a computer’s startup button; a slightly trippy dripping keyboard design is painted on one orange wall.

“Being an [information technology] guy for the last 10 years, I see a lot of issues with people having Internet at home not filtered,” Oppenheim said. He didn’t open the store specifically because of Teitelbaum’s push for Internet kiosks, but said that Teitelbaum’s inner circle was pleased when he opened iShop.

Two pieces of customizable filtering software protect the four Web kiosks in the back of iShop. The setup allows Oppenheim to block broad categories of websites: social networking sites like Facebook, video-sharing sites like YouTube, even image search sites like Google Images.

On a May 11 visit, news sites and blogs were accessible. Reached on the telephone May 14, however, Oppenheim said he had been pressured to clamp down on blogs and some entertainment news sites.

He said he had specifically blocked the site Yahoo! News because it mixes entertainment news and hard news. “The reason is because people told me that even Yahoo! has changed lately very much,” Oppenheim said, suggesting that Yahoo! News could expose users to risqué images.

Whereas Oppenheim had said on May 11 that he would block only some blogs, by May 14 he had changed his policy, saying he would now block all blogs by default and approve only a few. FailedMessiah, a blog that is highly critical of Orthodoxy, would no longer be accessible, Oppenheim said.

“I might lose business from some kind of customers, but if I want the place to be a kosher place, I want to be comfortable that if I have someone who is very strict with themselves come in, [they will] not feel that I fooled them,” he continued.

During the Forward’s May 11 visit, a 15-year-old Satmar yeshiva boy dressed in a long black coat and a black hat came down Oppenheim’s stairs to have the FM radio disabled on his MP3 player. The device, which he said he used to listen to Hasidic music, was a special model made by SanDisk that is tolerated in the Satmar schools because it won’t show movies or pictures. Oppenheim’s colleague Zev Braver updated the MP3 player’s firmware to kill the radio, a common procedure.

When asked if he used the Internet, the boy made a disgusted face adding, in Yiddish, “It’s bringing down a person.”

Teitelbaum, the Satmar rebbe, announced this past winter that following a six-month grace period, children whose families have Internet access at home will be barred from the schools affiliated with his sect. According to a Williamsburg community leader, who declined to be named because he is not a spokesman for the community, the schools have set up committees to authorize exceptions on a case-by-case basis, usually for families that rely on income provided by mothers doing computer work at home.

The logistics of implementing the ban has been difficult. The six-month grace period has been extended another six months, pushing the deadline to next winter, according to the community leader.

In the meantime, Internet cafes are opening in Williamsburg and in Kiryas Joel, the Satmar-dominated town in upstate New York. As an alternative to paying to use kiosks like Oppenheim’s, Teitelbaum is advising computer owners to keep their computers somewhere outside the house, away from their children, the community leader said.

The sect’s protective measures don’t seem to bother many of Oppenheim’s customers. At iShop, a Hasid named Joe Schwartz had Braver load his new iPad with books of Talmud, an app with the text of the Psalms and a filtered Web browser which he was given the password to deactivate.

“I’m just using it as a reminder,” Schwartz said.

But if the filters are intended to keep information away from those curious about the outside world, they may not do much good. According to Lani Santo, executive director of the group Footsteps — a group that provides support services to ultra-Orthodox Jews who are considering leaving the community or have left it — there’s always the public library. And then there’s the biggest hole in Teitelbaum’s efforts to protect his flock from the Web: smartphones.

Satmar yeshiva students technically aren’t allowed to have smartphones, but BlackBerrys and similar devices are widespread in the community.

“[Teitelbaum] doesn’t have a solution yet for the new gadgets and the smartphones,” the community leader admitted. “He wants to have a practical solution.”