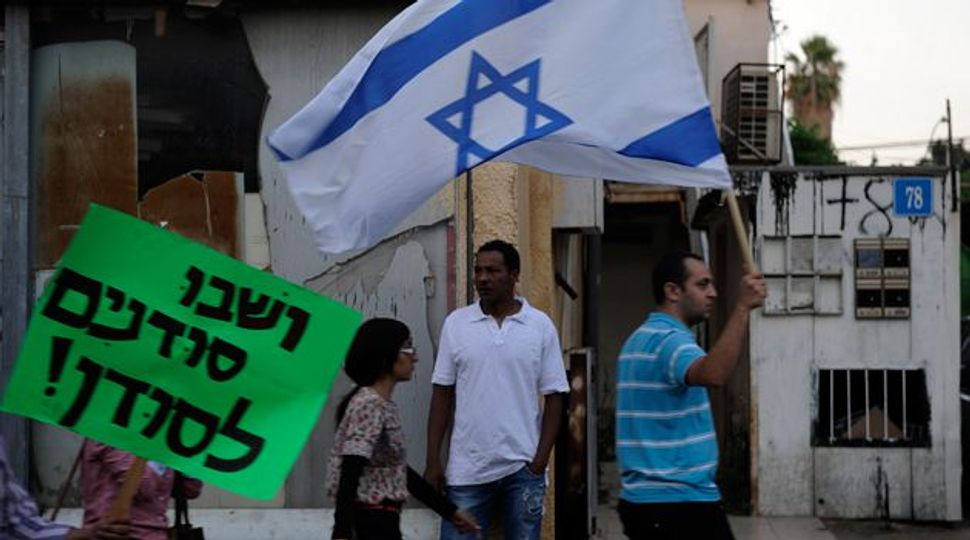 An African migrant stands as a right-wing protestors walk past holding Israeli flags and banners during a demonstration against African migrants in Tel Aviv on May 30, 2012. Image by getty images

In this week’s podcast, host Josh Nathan-Kazis talks with J.J. Goldberg about recent violent protest in Tel Aviv that have targeted African immigrants. Then, Forward fellow Naomi Zeveloff joins the conversation to discuss new guidelines being issued by the Conservative movement on how to perform same-sex marriages. Later, opinion editor Gal Beckerman discusses his recent editorial about the international reaction to the government-led massacre in Houla, Syria. Finally, the groups turns to a new study that suggests Native Americans may have some Jewish genetic traits.