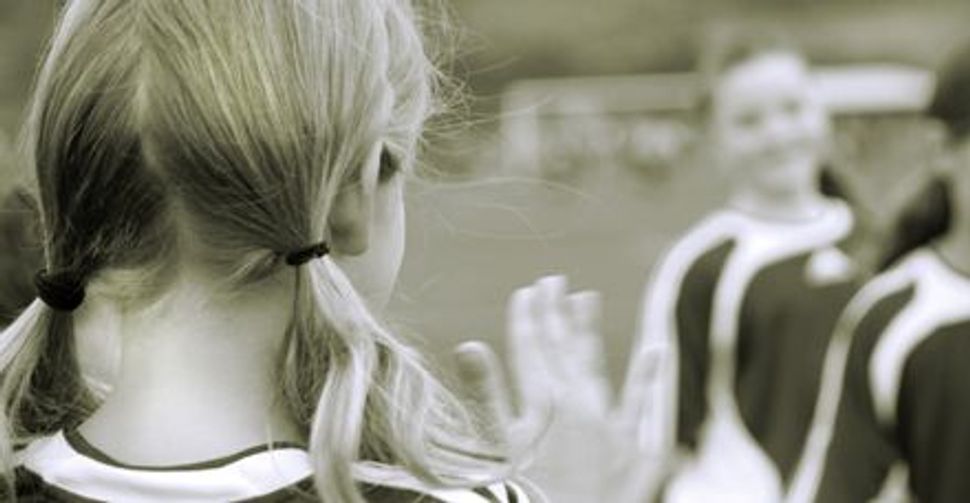 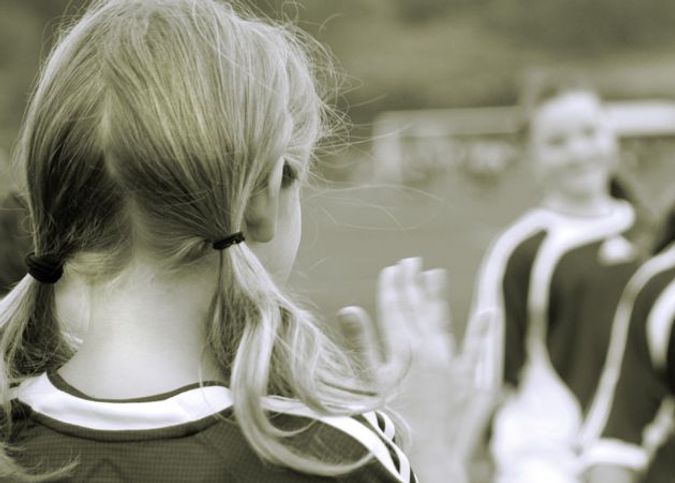 When I heard that it was Title IX’s 40th anniversary, my first thought was that it would best be commemorated by some great female athlete who could rhapsodize about her experience breaking the, er, net ceiling.

But then I realized that while this landmark legislation, which guaranteed women equal access to athletic and academic opportunities in school, was a life-changer for the more physically gifted among us, its overall impact was likely more felt by less coordinated girls like me.

I was a bookish, pale young woman, the type who hated summer camp. My mother’s idea of roughing it was sitting in our backyard gazebo, and my grandmother told me with absolutely certainty that Jews don’t ski. My great-aunt tried to prevent me from swimming when I was young, as to avoid my inevitable drowning, by insisting that there was a shark in the deep end of the pool. I have carried an irrational fear of sharks in pools ever since.

In short, physical activity was not exactly promoted by the lady folk who raised me. These were New York City transplants doing everything they could to protect themselves from the wilds of a sunny and fecund Southern California. Only department stores were safe.

So, the chances of someone like me playing sports without the sea change caused by Title IX were slim. This was not something that was going to happen in the free-market of preferred little-girl activities. At least not in my house.

No, this required some government — big government — intervention to convince my family that it was perfectly normal and safe for females to spend Saturday afternoons chasing a ball down a field. And for that we have Richard Nixon to thank.

Before Title IX, only one in 27 girls played high school sports, which included mostly cheerleading and dancing. Scholarships for female athletes were essentially nonexistent, and most university budgets included a measly 2% for women’s teams.

Fast-forward to today, when more than 40% of high school athletes are women, a 904% increase in participation. Also, Division I colleges now spend about 40% of their athletics budget on women’s teams. This isn’t parity, but it is a long way from 2%.

Now, I can’t say that playing soccer or volleyball left me with a great love of those games, or even of sports in general. Not even as a fan.

Watching sports matches feels to me like seeing the same movie over and over again, and I can’t say that working in teams of any sort has ever really called out to me, hence my career choice as a freelance writer.

But this isn’t to say that those early morning practices or soul-crushing lost playoff games had no impact on me. They may not have imbued me with an everlasting love of team spirit, but they did give me a way to think about my body that was an alternative to the messages surrounding me.

As a Jewish girl, you inherit two separate legacies of supposed weakness. Jews, as 20th-century European anti-Semitism portrayed it, were an anemic, hunched bunch, not beacons of strength. (Of course Zionism did all it could to reverse this image, by using only the brawniest, sun-kissed images of our people in its propaganda materials.)

As for the girl part, it seems silly even to belabor the point, but physical strength is not something that is necessarily encouraged in girls. And this is still largely the case today. When we think of a “feminine” physique, the image is of someone dainty, not of Madonna’s roped arms.

In fact, not only is toughness not encouraged in girls, but frailty actually is. Anyone who has seen any advertisement from the past 50 years featuring a woman can testify to the fact that thin is in when it comes to how we should look. Teenage girls are not ignorant of these messages, and many of us spent our high school years roaming the school hallways, never quite feeling attractive enough.

But then every day, at 2:00 p.m., I would step into the gym or on the field, and a whole new set of expectations was put on me. Suddenly my body was judged not by how it looked, but rather by what it did. My coach would push me to run faster, jump higher, hit harder — and when I did it, all I could think is, “Damn, I am strong.” It didn’t matter that I wasn’t the fastest or strongest.

And I am not the only one. Studies show that girls who play sports are more likely to have a better body image and to do better in school.

While I have not participated in team sports since high school, I still chase that particular high. When pushing myself to finish a 5-mile run, or balancing on my head for a few minutes during yoga, it’s all in the name of feeling strong.