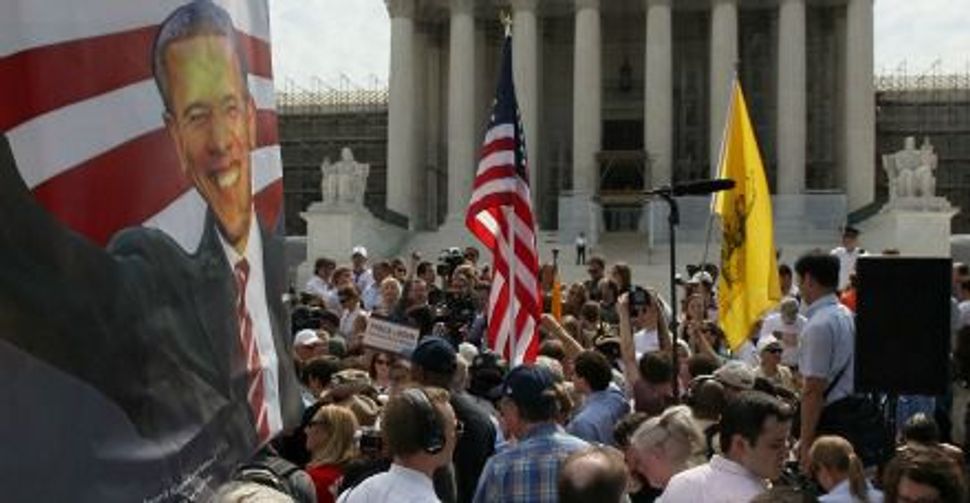 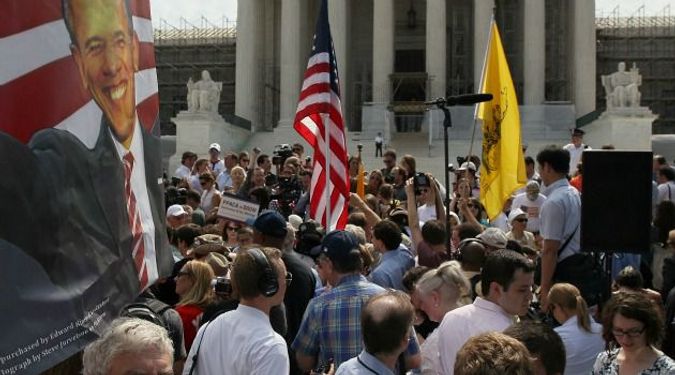 The Court upheld the most controversial provision of the law that required all American citizens to purchase health insurance or face a tax penalty. The court struck a provision that forced states to expand their Medicaid programs in order to cover health insurance for poverty-stricken individuals.

The decision was met with praise from some Jewish organizations.

Rabbi David Saperstein, director of the Religious Action Center of Reform Judaism, said he was ?elated? with the ruling.

Reform congregations, he said, have been ?at the forefront of advocacy on behalf of health insurance reform in their states and at the national level.? He cited the medieval scholar Maimonides, noting that he ?placed health care first on his list of the 10 most important communal services that a city should offer its residents.?

Hadassah said the ruling was ?affirming our commitment to ensuring that all Americans have access to quality affordable health care.? The women?s group had signed an amicus brief supporting the Affordable Care Act.

?We are thankful that the Court affirmed the core constitutionality of this landmark legislation that will bring health care to tens of millions more Americans,? they wrote.

Rabbis for Human Rights-North America also applauded the decision in a statement, emphasizing that ?it is our moral duty to provide health care for all.?