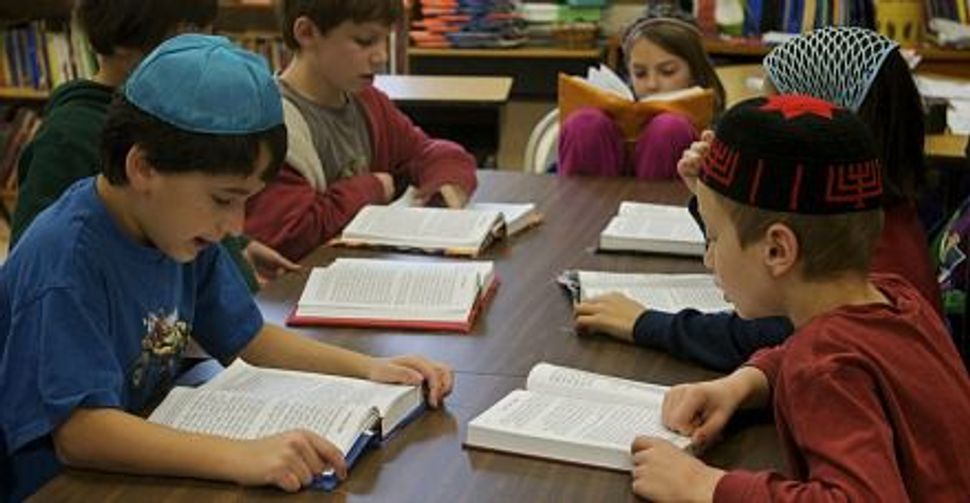 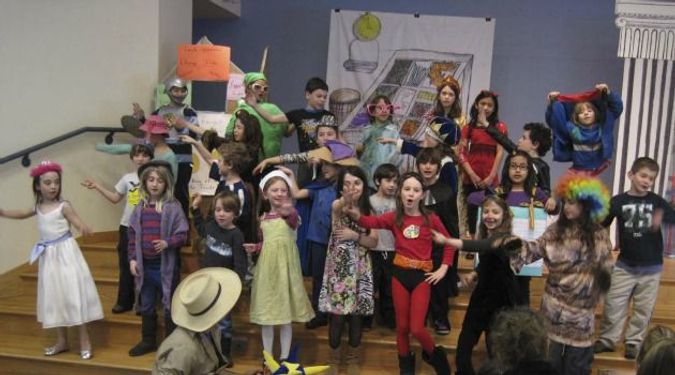 The beleaguered Schechter Day School Network — an educational pillar of Conservative Judaism — is considering leaving its parent organization as it grapples with shrinking enrollment and shuttered schools, the Forward has learned.

The Schechter network has been under the aegis of the movement’s congregational arm, the United Synagogue of Conservative Judaism, since its founding in the mid-1950s. One of the movement’s crown jewels, the network has contracted in recent years, a symptom of Conservative Judaism’s struggle to retain members as non-Orthodox American Jews shift away from denominational affiliation.

Now, Schechter — which counts 45 schools in its network nationwide — is considering spinning off to become an independent not-for-profit organization, albeit one with strong ties to the Conservative movement. The conversation comes as USCJ is undergoing its own overhaul, paring down its programming to focus on synagogues, or kehillot, as it calls them, the Hebrew word for “communities.”

Elaine Cohen, director of the Schechter network, said that discussions about leaving USCJ are “not a critique” of the organization, but rather an acknowledgement of USCJ’s new focus. “It’s not coming from a place of saying this hasn’t been a good home,” she said. Schechter will still collaborate with USCJ, she added.

“It has been a simultaneous process,” said Rabbi Steven Wernick, USCJ’s CEO. “At the end of the day, I believe that Schechter probably needs to become an independent 501(c)(3), and it needs to build a powerful board that will be focused on the priorities that are unique to Schechter.” Wernick’s reference was to the section of the Internal Revenue Code under which organizations may be recognized as tax exempt charities. Donors to 501(c)(3)s may also deduct contributions to them from their income for tax purposes.

As a 501(c)(3), Schechter would be “more nimble” when it comes to raising money from donors with an eye on Jewish education, said Jim Rogozen, the outgoing chair of the Schechter board who was recently named the chief learning officer at USCJ. When asked if Schechter would be competing with USCJ or the Conservative movement’s Jewish Theological Seminary for donations, he said: “We are all partners in the Conservative movement, and we need to work together to avoid things like that.”

Becoming an independent not-for-profit is just one of several options that Schechter is entertaining as it goes through a strategic planning process that will conclude sometime this summer, according to sources involved in the undertaking. Under one plan being considered, Schechter could still be housed in USCJ’s Manhattan headquarters, albeit as an independent enterprise. Or it might move to JTS, also in Manhattan, with which Schechter already partners in curriculum development.

A third, more controversial option is for Schechter to join RAVSAK: The Jewish Community Day School Network, the nondenominational day school network that currently counts 124 schools as members. But this would take Schechter out of a formally Conservative institutional framework.

Finally, Schechter might, in the end, stay put as a program of USCJ.

The strategic planning process through which these choices are being pondered is being conducted by La Piana Consulting under a grant to Schechter from the Avi Chai Foundation. (Avi Chai officials would not reveal the dollar amount of the grant.)

Each option comes with pluses and minuses. But one thing is certain: Schechter is a network in survival mode. “The sad evidence is that there is this constant erosion over the last five years of the Schechter network,” said Marvin Schick, a Jewish educational consultant. “I’m not sure if any plan can reverse that.”

According to a Forward analysis of Schick’s studies for the Avi Chai Foundation, Schechter has lost around a third of its schools since 1993. While many of the schools have closed outright, several have switched their affiliation to the RAVSAK network, dropping their ties to the Conservative movement. Combined enrollment is also down, to 11,338 today from 17,563 in 1993.

In the past year, Schechter has lost two schools. In St. Louis, the Solomon Schechter Day School merged with the Saul Mirowitz Day School, a Reform elementary school; the combined schools are now part of RAVSAK. And in June, after 40 years in operation, the Reuben Gittelman Hebrew Day School in New City, N.Y., shut its doors due to plummeting enrollment.

Schechter’s dilemma reflects both the state of Conservative Judaism and the struggles of Jewish day schools more broadly. Once the largest of American Judaism’s three major denominations, Conservative Judaism has experienced a precipitous decline in synagogue enrollment in recent years. Conservative leaders are quick to acknowledge that the movement’s membership problem has trickled down to Schechter.

Meanwhile, Jewish day schools in general are struggling to make their case to non-Orthodox parents. But with sky-high tuition — the Solomon Schechter School of Manhattan charges between $34,600 and $36,700 per year — and, some parents say, comparatively meager extracurricular offerings, day schools often find themselves on the losing end of the battle for students against public and secular private schools.

Last year, with a $250,000 grant from the UJA-Federation of New York, Schechter embarked on a rebranding initiative, changing its name from the Solomon Schechter Day School Association to the Schechter Day School Network. The network today trumpets the schools’ universal values — like global citizenship and critical inquiry — in its promotional materials.

Susan Kardos, the director of strategy and education planning at the Avi Chai Foundation, cautioned against jumping to conclusions about Schechter’s future. The network is still formulating its business plan, she stressed. But citing USCJ’s new, narrowed focus on synagogues, Kardos: “[It’s] clear that there is another place for Schechter that is a better home.”

USCJ currently pays Cohen’s salary as network director, and that of her support staff, as well as another $50,000 annually for various expenses, in keeping with its role as Schechter’s institutional sponsor. (Wernick would not disclose the dollar amount that Cohen earns.) Schechter currently has its own board of directors, composed of principals from several schools. While these school principals have the best of intentions, Wernick said, their priorities lie with their individual schools.

“Schechter needs a board that is totally committed to the Schechter enterprise and its vision and mission,” said Wernick.

Among the options Schechter is actively considering, joining RAVSAK, the consortium of independent day schools, may be the boldest, since it would reposition the Conservative network outside of a Conservative institutional setting. Marc Kramer, RAVSAK’s executive director, said that he invited Schechter to come under RAVSAK’s umbrella a year ago. The schools, he said, would remain branded as Conservative institutions while sharing resources with and paying dues to RAVSAK.

Kramer’s assurances notwithstanding, many Conservative leaders view the prospect of joining RAVSAK as less than palatable. Schechter schools are more traditional in their approach to Jewish education than many RAVSAK schools; they keep kosher kitchens, and the network asks the children of patrilineal Jews to convert, a policy in line with the Conservative movement’s stance on mixed marriage families.

Joel Siegel, a USCJ board member, echoed this view: “I believe it is vital for Schechter to remain within the orbit of Conservative institutions.”

Cohen, however, sees joining RAVSAK as one of several possibilities to salvage her network.

“It would be our intention not to be subsumed under [RAVSA K] but to have a partner relationship,” she said. “Many options are in play.”