Fighting In Cage, Talking About Peace 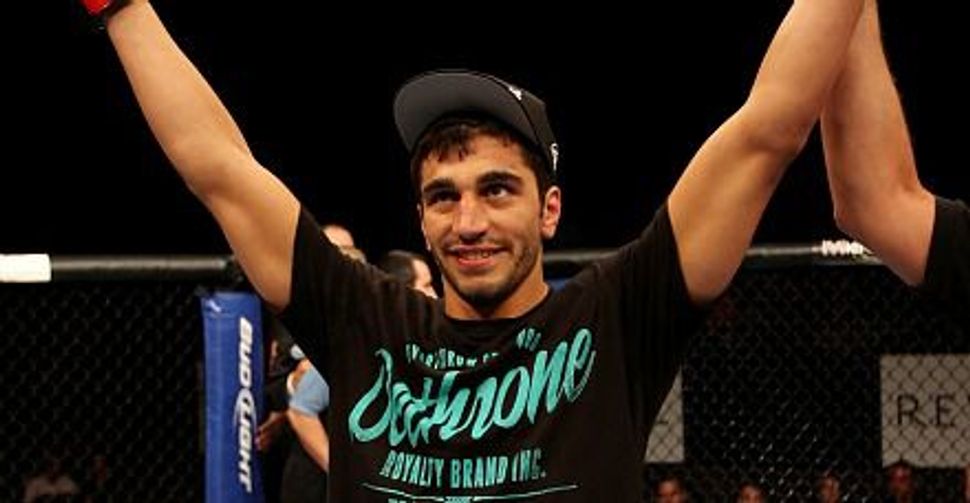 When Ramsey Nijem strode cockily into the ring for a televised mixed-martial arts bout June 2011, the breakout star of the 13th season of the Ultimate Fighting Championship reality show, “The Ultimate Fighter,” was draped in a Palestinian flag, a tribute to his father’s homeland. 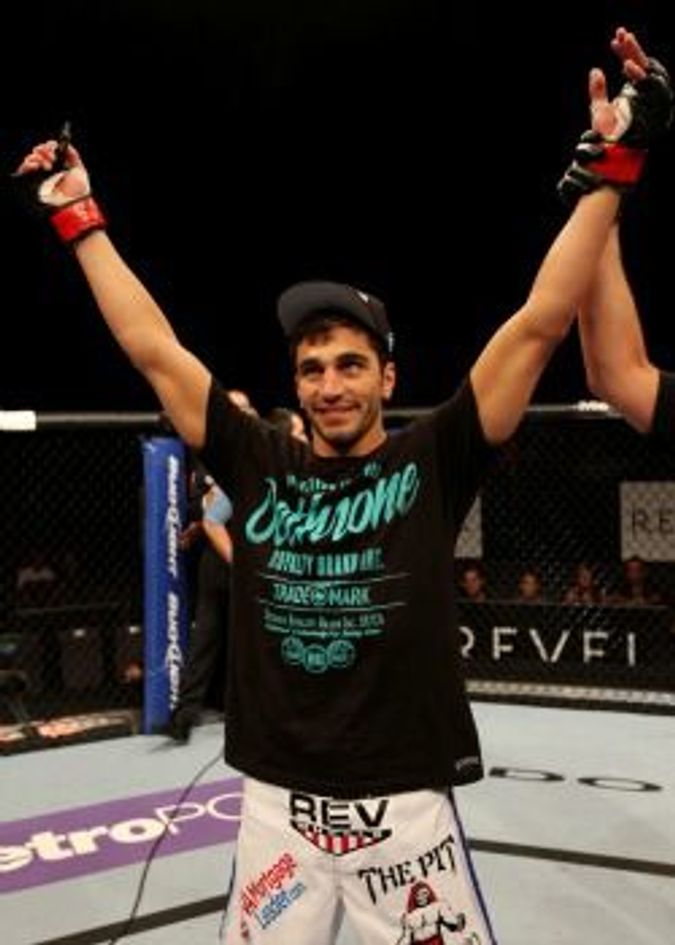 The music blasting through the Las Vegas arena? “One Day,” by Jewish rapper Matisyahu.

To some, a song about peace seemed to be an unusual choice for a man preparing to fight inside a cage in Sin City. And then there was the eyebrow-raising fact that a Palestinian American chose a song about peace by a Jewish artist.

Nijem insists that his choice of attire and music was not meant to send a specific message about the Middle East. Instead, he said, he just casually chose two things that he likes and that have meaning for him.

“I didn’t really preplan it as much as a lot of people thought,” said 24-year-old Nijem, who grew up in Washington state. He said he liked the song’s beat, and the message that “we are all people at the end of the day,” though he never intended to get political.

But now, Nijem says that while he is committed to putting his fighting first, he has come around to the fact that his rising profile might give him a chance to change the way people think about Israel and Palestine — something he semi-unwittingly tried to do last year.

“There’s a lot of smarter people out there that I think could solve it other than me,” he said, referring to the conflict between Palestinians and Israelis. “But the most important thing is to be open to dialogue, and to not allow the people who aren’t open to dialogue to set the tone.”

Nijem is an up-and-coming star in the world of competitive mixed martial arts, a combat sport that is promoted by the UFC and combines disciplines like kickboxing and karate with wrestling and judo. The UFC’s bouts, or matches, are staged in a trademark octagon-shaped cage and draw huge audiences of millions on cable and pay-per-view TV.

Nijem was born in Concord, CA to a Spanish-American mother and Palestinian father, who grew up in a hardscrabble refugee camp in the West Bank. He instilled in his son the importance of freedom for the Palestinian people, but did not pass along any resentment of Israel or Jews.

So, when Ramsey became good friends with David Ney, one of the few Jewish kids at his school in Washington state, no one in his family gave it a second thought.

“It’s never really fazed us,” Nijem said. “Obviously, my dad really embedded in our heads the importance of the Palestinian people being free…. He’s always said that something needs to change, but you can’t take it out on Jewish people, or people of Jewish descent.”

Things got a little tense later on, as Nijem and Ney grew up and made separate trips to the Middle East. At 21, Nijem visited Jerusalem, as well as the Palestinian territories. He was stunned by the hardship and tension brought on by the conflict in general, and by the Israeli occupation in particular.

“You can feel the tension. I [was] around Arab-Palestinian kids that are no different than me; the only difference is that I was luckily blessed to be born in America,” Nijem said.

Ney, meanwhile, visited Israel on a Taglit-Birthright trip and came back with a changed and more pro-Israeli perspective. That led to a few charged discussions, but their friendship remained intact.

Nijem was a star wrestler at Henry M. Jackson High School in Mill Creek, Wash., and later earned a spot on the team at Utah Valley University, an NCAA Division I school.

Through interactions with mixed martial arts fighters in the area — some of whom came to practice their wrestling with his college team — he made the transition to the sport himself. He got his break when he appeared on the star-making “The Ultimate Fighter.”

On the show, he was mocked by his fellow fighters for enjoying the Fox show “Glee,” and earned the nickname “Stripper Ramsey” for his wild dancing in the house. Still, he proved tough in the ring and advanced to the finals of the tournament that was part of the reality show. Since then, Nijem has fared well, holding a record of 6–2.

Today, Nijem continues to take on some of the toughest competitors in the UFC, all the while trying to do his part to promote peace — even if it involves fighting in a cage.

“I believe that the majority of people want peace, and it’s the minority that is extremists,” he said. “People don’t want to live in fear that they’re going to get killed that day, or their family.”

Elliot Olshansky is a freelance writer living in Hartsdale, N.Y. He has written about mixed martial arts for SI.com, UFC.com and UltimateFighter.com.

Fighting In Cage, Talking About Peace