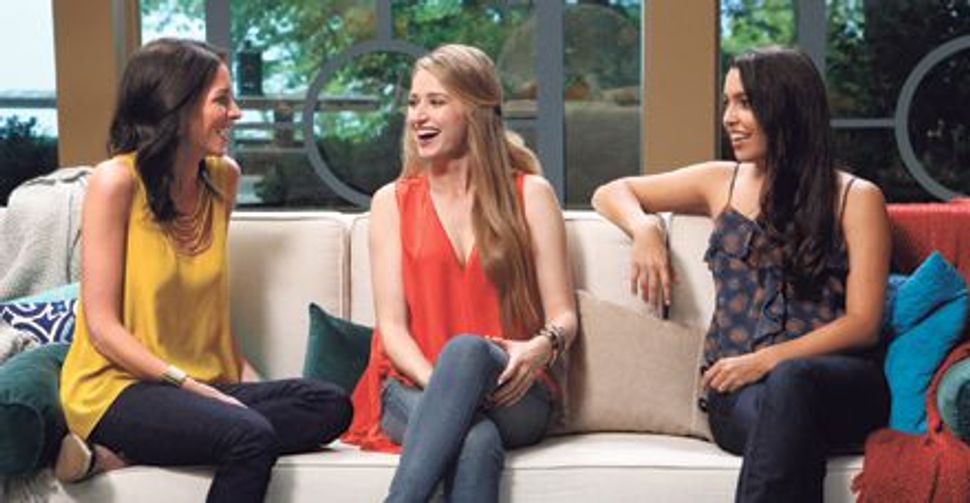 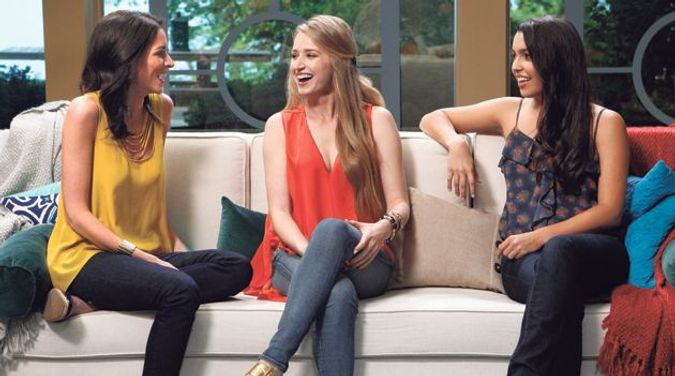 There?s a lot of drama in Israel. That?s no surprise, of course, given the drama throughout the Middle East. Perhaps less expected is that there?s comedy, musicals and, as we?ll see late in July, reality, too.

On July 26, CBS debuts ?3,? a reality TV show it describes as a ?relationship series in which three single women of different ages, life experiences and backgrounds meet for the first time with a common goal ? to find true love.? It is, in short, ?The Bachelorette? times three. There?s another difference between the two shows: ?3? was made in Israel, where it was the most successful reality debut of the past four years, and the latest in a string of Israeli programs to be adapted for American television. The country that made the desert bloom has become fertile ground for TV programming.

?I think we?re watching Israel step into [the international] arena in a very competitive and creative way,? Nina Tassler, president of CBS Entertainment, told me in a recent telephone interview. ?There?s an outreach on both parts. When you meet anyone in the entertainment business in Israel, they are clearly motivated to build business with American broadcasters.?

The current wave of interest in Israeli programming began in 2008 with the critical success of HBO?s ?In Treatment,? an American version of the Israeli show ?BeTipul,? about a psychologist who is in therapy himself. Though an adaptation was created for HBO, the show wasn?t really American, at least in the beginning. Its first season was often translated word for word from the original Hebrew script. The show ran for three seasons and won numerous awards, including an Emmy and a Golden Globe, sparking interest in Israeli content.

Other shows followed, most notably Showtime?s ?Homeland,? which premiered in October 2011 and will continue with its second season this fall. A tense psychological thriller about a decorated American Marine who converts to Islam after being captured by Al Qaeda and then plans terrorist attacks on his return to the United States, ?Homeland? was adapted from the Israeli show ?Hatufim,? which aired in 2010. In its American version, the show stars Claire Danes as CIA officer Carrie Mathison, Damian Lewis as compromised Marine Nicholas Brody and Mandy Patinkin as Carrie?s CIA mentor, Saul Berenson. In addition to achieving high ratings, the show won the 2011 Golden Globe for best drama.

Based on the success of ?In Treatment? and ?Homeland,? American entertainment executives now make regular trips to what has become the land of milk, honey and television concepts. Other Israeli shows that boasted an American version have included the NBC game show ?Who?s Still Standing?? an adaptation of the Israeli program ?Lauf al Hamiliyon?; the Fox sitcom ?Traffic Light,? based on the Israeli ?Ramzor,? and the CBS dramedy ?The Ex List,? from the Israeli series ?The Mythological X.?

Does the fact that so many Hollywood executives are Jewish contribute to the influx of Israeli shows? Probably not on a conscious level; the business is too competitive for that. ?Just being Jewish doesn?t necessarily have an impact on the decision-making process,? Tassler said. ?As programmers, we need to develop and produce content that has mass appeal, so I am constantly aware of the vastly diverse composition of our audience.?

Rather, American television executives say that Israeli programming has been successful in the United States because of the cultural similarities between the two nations. Israeli ?writers and directors and actors have grown up with many of the same cultural influences as their counterparts in the U.S.? said Howard Gordon, executive producer of ?Homeland.?

Gordon heard about the idea for the program in late 2009 from Rick Rosen, his agent. Rosen heads the TV department of WME Entertainment, the Hollywood talent agency that grew out of the merger between the William Morris and Endeavor agencies. Rosen (who also brought the idea for ?In Treatment? to HBO) and WME also represent Keshet, the Israeli television network on which the show originated. On a business trip to Israel earlier that year, Rosen had lunch with Avi Nir, Keshet?s CEO. Nir told him about the series, which had not yet aired, and how it grew out of the kidnapping of soldier Gilad Shalit, held captive for more than five years by Hamas. Rosen liked the idea.

?We were fighting in the Middle East,? Rosen said. ?I could see an American being captured and coming back to his family. The show is about family and issues of government intrigue and terrorism.?

Rosen brought the idea to Gordon and to Alex Gans, who had worked with Gordon on the Fox thriller ?24.? He told them, ?I found your next series.? The pair met with Nir. ?They all got along,? Rosen said. ?Avi had complete trust in them, and they made the series their own.?

It was ?completely relatable,? Gordon observed. ?What made [?Homeland?] relevant to us ? and what we hoped would make it relevant for an American audience ? was the notion of a veteran returning from war. Our military involvement in Afghanistan and in Iraq [was a decade old], and we realized that the character of a returned veteran really wasn?t on the air anywhere.?

The result was an immediate hit and what is likely to be a passel of Emmy nominations this fall. For the show?s second season, Showtime approved three weeks of shooting in Israel, where the Americans worked with members of the original Israeli crew. ?I don?t think we?ll be the last American TV show to film there,? noted David Nevins, Showtime?s entertainment president. ?Both Jerusalem and Tel Aviv are making pretty aggressive plays to become production centers.?

Now CBS is hoping that lightning will strike again and that Americans will also have an affinity for Israeli reality programming. The idea for ?3? began when Tassler led a Women in Entertainment Mission to Israel last year for the Jewish Federation of Greater Los Angeles. There she met with Nir, who took out his iPad and showed her clips from ?3.?

?I loved the show,? Tassler said. ?We were looking to get into the dating world with an unscripted show, but wanted something with a strong emotional narrative and almost a documentary feel to it. What I responded to was that these women all had worldviews, and what we were following was not just about dating, but also the developing friendship between the three women.?

But is America ready for a reality program about women who don?t overturn restaurant tables and throw their fists? Other than ?In Treatment? and ?Homeland,? none of the other Israeli imports has been renewed after the first season. There have also been several Israeli-bred shows that reached the development and pilot stages but did not make it to the air. These include ?Pillars of Smoke,? a murder mystery on NBC; ?Life Isn?t Everything,? a so-called divorce sitcom on CBS; ?The Naked Truth? a police procedural on HBO and ?Joey Dakota,? a time travel musical, on The CW.

Do the failures outweigh the successes? Not, perhaps, in television. Rosen feels that judging Israeli content on the basis of a handful of shows is an oversimplification. ?I don?t think that has anything to do with Israel,? he said. ?What?s the success rate of any new series, 20%? That a show doesn?t work isn?t an issue of nationality.?

?There are so many factors,? he added. ?That a show makes the schedule, that?s an enormous amount of success right there.?

Curt Schleier is a freelance writer who teaches business writing to corporate executives.