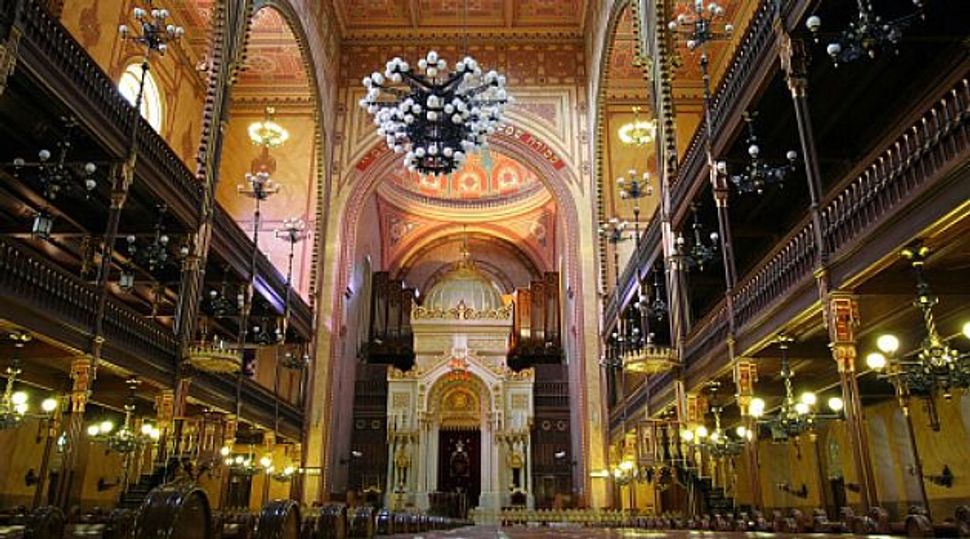 They ?Belong? Without Belonging: Many more Jews say they belong to synagogues than actually pay dues to any congregation, surveys suggest. Image by thinkstock

Roughly twice as many people consider themselves members of synagogues as the number of people that actually pay dues to those congregations.

That’s one intriguing interpretation of a discrepancy that surfaced within the data collected in UJA-Federation of New York’s recent survey of Jews in the New York area.

The same discrepancy also appears to exist among Conservative Jews, but the Conservative umbrella group claimed to be unable to provide the Forward with basic membership data about its congregations.

The inconsistency could point to an error in the federation survey or in the URJ’s data. But experts say it most likely means that many Jews don’t believe that synagogue membership is determined by dues payment.

“I think that there are a lot of folks who consider themselves part of communities or congregations who aren’t members,” said Mark Pelavin, a top URJ official. “At some level, it’s incredibly important to synagogues who pays dues. On other levels, it doesn’t really define the community.”

Most synagogues in the United States charge membership dues in return for providing services like religious school and High Holy Day seating. That’s in contrast to churches, which subsist mostly on voluntary donations.

Social scientists have long observed that Americans generally overreport their own church attendance. One groundbreaking 1993 study found actual regular church attendance to be around half the level that churchgoers self-reported in public opinion polls.

“It’s not exactly that people are lying outright,” said Mark Chaves, a professor of sociology, religion and divinity at Duke University who was one of the authors of the study. “I think it’s more that they think what you’re asking is, are you more or less a churchgoing person, do you consider yourself part of a church.”

Both the 1993 churchgoing study and the URJ figures found twice as many people claiming religious involvement as were actually involved.

According to Steven M. Cohen, one of the authors of the UJA-Federation study and a leading sociologist of the Jewish community, the Reform membership discrepancy is a related but distinct phenomenon from church attendance overreporting.

“We have both social desirability factors at work, as well as confusion and fluidity of definitions” of Jewish denominations and congregational membership, Cohen said. “They’re all in play.”

The UJA-Federation survey, which counted Jews in the five boroughs of New York City, Westchester and Long Island, determined the number of Reform households belonging to synagogues by analyzing the weighted responses to a question asking the denomination of a household, and another asking whether anyone in the house belonged to a synagogue, havurah or minyan.

The URJ’s data is based on reports from member synagogues, which share membership data with the umbrella group.

The discrepancy between the figures could theoretically point to an error in the weighting of survey responses, which were used to project an overall figure. But Cohen said he stands by his work. “This is not a weighting problem. It’s definitely an issue of the respondents’ interpretation of the questions,” he said.

The apparent discrepancy between the figures in the UJA-Federation survey and the Reform movement’s own numbers was first noted by Rochelle Rudnick, an administrator of a Conservative synagogue in New Jersey who holds a master’s degree from the Jewish Theological Seminary.

Despite repeated requests, the United Synagogue of Conservative Judaism could not provide the number of households paying dues to Conservative synagogues within the counties surveyed by the UJA-Federation. The movement collects membership figures from individual synagogues each year in order to charge dues from those synagogues. The USCJ said it relies on the UJA survey and others like it for numbers about its membership and lacks resources to fund its own study.