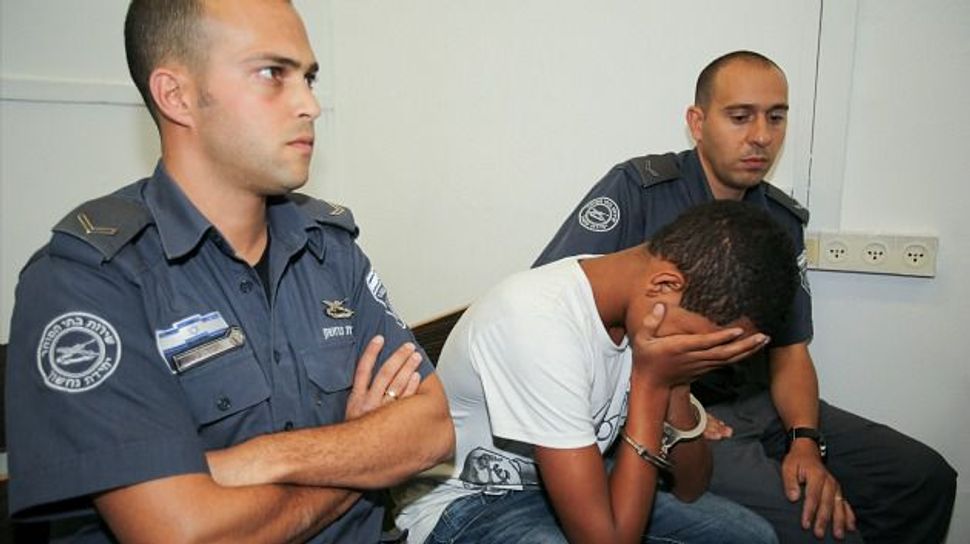 Front Page News: The arrest of Jewish teens in a beating in the middle of Jerusalem was big news. But similar attacks elsewhere barely make a ripple.

As Jamal Julani recovered in a hospital after being beaten unconscious in an August 17 attack that monopolized Israeli headlines for days, another Palestinian man was beaten unconscious. But this second attack flew under the radar of most Israelis.

The first attack dominated not only the media, but also the political discussion, with figures throughout the Israeli political establishment condemning the act. These included Prime Minister Benjamin Netanyahu, Vice Prime Minister Moshe Ya’alon and Jerusalem Mayor Nir Barkat. Education Minister Gideon Sa’ar even took the unusual step of instructing junior high and high schools nationwide to teach an anti-racism themed lesson on the incident.

“This attack has penetrated Israeli escapism,” Daniel Seidemann, an Israeli attorney who specializes in Israeli-Palestinian relations, told the Forward. Knesset speaker Reuven Rivlin of the ruling Likud party tackled the issue head-on at the victim’s bedside, telling him that “inadequate education” is making racism increasingly acceptable among teenagers. “We — the government, the Knesset and the educational system — are responsible for that, as well as anyone who views himself as a public leader,” he said.

The second attack, which took place Aug. 27, was hardly mentioned by politicians; it received minimal press coverage, and schools gave it no special attention. Two men are recovering from injuries, both apparently attacked for political or racial reasons by Jews, yet Israelis had two completely different reactions. Why?

The first attack, perpetrated against Julani and two friends by dozens of Jewish youths, took place in West Jerusalem, while the second, by two masked attackers against shepherd Ismail Adara, took place in the remote Southern Hebron Hills. In violence, as in real estate, observed Sam Lehman-Wilzig, a Bar-Ilan University political scientist and expert in political communication, the crucial detail is “location, location, location.”

In other words, the strong reaction to the Jerusalem attack, which took place in the iconic downtown plaza Zion Square, highlights how Israelis feel concern when violence takes place in familiar contexts but are unaffected by violence in rural areas of the West Bank.

Gavriel Salomon, founder and former director of the Center for Research on Peace Education at the University of Haifa, told the Forward: “As long as these things are taking place ‘far away,’ and as long as the victims are Palestinians, who are totally anonymous and faceless, people in Israel concentrate their attention on other things. But as soon as it’s closer to home — even at home — and the victims have faces, then the associations with pogroms begin to take shape.”

Salomon believes that a third incident supports this theory. A few days before the Zion Square attack, assailants threw a Molotov cocktail at a Palestinian taxi, leaving six people, including two children, wounded. Although this happened in the West Bank — beyond Israel’s pre-1967 borders — it wasn’t in a rural area, either. Instead it took place in the heavily populated Etzion Bloc close to Jerusalem, which is seen by many Israelis as a highly respectable neighborhood, almost a suburb of the city. This incident, like the Zion Square attack, was big news and discussed by politicians. “Gush Etzion is the heart of Jewish settlement, so it resonated,” Salomon said.

In contrast to the attacks at the largely peaceful locales of Etzion and of Zion Square, Israelis have also become accustomed to violence in the rural West Bank — sometimes even when directed against Israelis. For example, an August 28 incident in which a settler was lightly injured by a Palestinian who attacked him with an ax at a Palestinian village in the Ramallah district received little attention in the Israeli media. According to Lehman-Wilzig, violence is seen as part and parcel of life in the “Wild West Bank,” and Israelis excuse settler acts as part of a cycle they didn’t start. “I think the Israeli public perceives attacks in the West Bank in terms of self-defense,” he said.

In the past four years, extremist settlers have significantly ramped up violence as part of the “price tag” tactic by which attacks are unleashed whenever either Palestinians or the Israeli authorities act counter to settler interests. Sometimes they target Israeli army bases, which generates widespread outrage in Israel, though usually they target Palestinian people or property, which does not — and most months, there are some settler attacks against Palestinians. According to Lehman-Wilzig, even this “price tag” culture does not undermine the belief that Israelis are defending themselves. “Even if it’s clear that settlers are not provoked in a particular incident, there’s an ongoing low-level conflict and [the public] sees it, in a way, as ‘tit for tat.’”

B’Tselem, an Israeli not-for-profit organization that documents human rights violations in the West Bank, finds that there are a few factors that make Israelis pay attention to settler attacks on Palestinians or Palestinian property. According to spokeswoman Sarit Michaeli, one such factor is clear video evidence, which challenges what she calls the basic mistrust that many Israelis have for Palestinian “stories.” Another factor is the target: Mosque attacks are widely seen as taboo, and back in 2004, when olive trees became a popular target for settler vandals, those too, elicited a strong reaction in Israel. Michaeli, however, said Israelis have become increasingly “desensitized” to tree vandalism.

The aftermath of the two recent high-profile attacks indicated that two other factors have the power to move Israelis: bystanding and youth.

The Zion Square attack took place in a public square but was not stopped by members of the public. According to the Israeli daily Ma’ariv, two witnesses claim that a policemen was there but failed to step in — though Israeli police spokesman Micky Rosenfeld stated categorically to the Forward that no policeman was present.

And youngsters were responsible for both attacks. Rosenfeld told the Forward that a 12-year-old and a 13-year-old are under arrest for the Etzion Bloc attack. In connection with the Zion Square attack, indictments have been filed against eight teenagers, ages 13 to 17, and one age 19. One of the youths, a 15-year-old, defiantly told reporters outside a court hearing, “If it was up to me, I’d have murdered him.”

This factor prompted the education minister’s instruction for schools to focus on the incident, and Rivlin’s reaction. Rivlin condemns all violence, and has described settler price tag violence as a kind of “Jewish terrorism,” his spokesman, Chaim Neriah, told the Forward. But what made him act so decisively following the Zion Square attack and promoted him to visit the victim, NeriAh said, was the fact that it was “something that came from ‘regular’ kids.” This is what convinced Rivlin that “the problem is not just in a marginal group, but… in the population.”