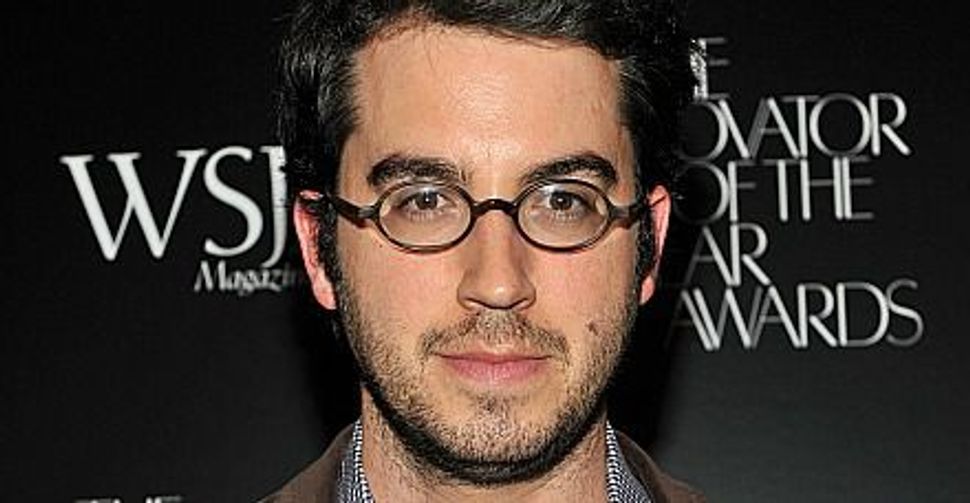 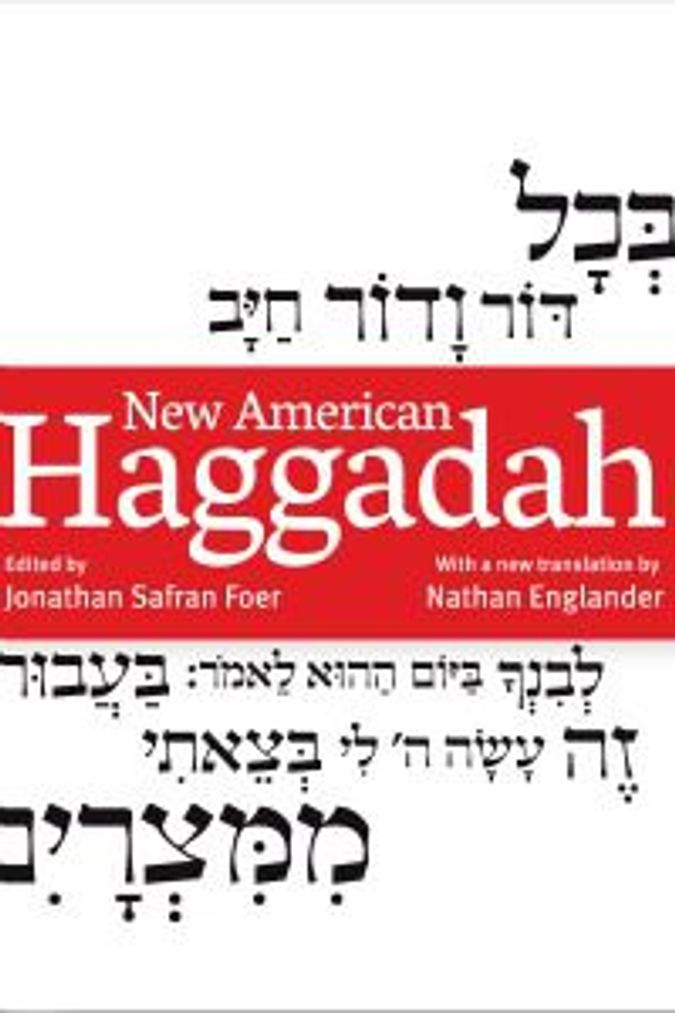 Image by little, brown and co.

The lifted Hebrew text came from “The Feast of Freedom,” a Passover Haggadah published in 1982 by the Rabbinical Assembly, Conservative Judaism’s rabbinical association. Foer told the Forward that he thought the text that he took for his New American Haggadah was “traditional and part of the public domain.”

“Every Haggadah is made the same way: by cobbling together a liturgy from other Haggadot,” Foer wrote in an email to the Forward. “We… looked to Orthodox, Conservative, Reform and Reconstructionist Haggadot in forming our Hebrew liturgy. While virtually all of this material is ancient, there are rare exceptions when it isn’t.”

Rabbi Julie Schonfeld, executive vice president of the R.A., brought the issue to Foer’s attention. “There was [a] pretty simple, straightforward misunderstanding,” Schonfeld told the Forward. “It’s completely resolved, and that’s really it.”

The book received plenty of publicity in both the Jewish and the secular press, helped in no small part by the high profile of its authors. Foer and Englander were the subject of a feature in The New York Times in connection with the Haggadah’s publication. Foer wrote an op-ed about the book on the Times’ opinion page, and Goldberg wrote a much-cited blog post about showing the book to President Obama.

Neither Foer nor the R.A. would specify exactly which passages will receive new acknowledgements in forthcoming printings of Foer’s Haggadah. Foer said that that he would attribute “some kavvanot [meditations] before the cups of wine” and “some material in the Arami Oved Ami midrash” to the R.A.’s Haggadah.

Foer did not respond to a request for greater specificity. But the “kavvanot before the cups of wine” seems to be the hymn “Hineni Muchan Umzuman,” which appears multiple times throughout the book. The New American Haggadah uses a version of the song with both male and female verb forms that first appeared in The Feast of Freedom.

The other section that included some lifted text, the “Arami Oved Ami,” is known in English as “My father was a wandering Aramean.” It comprises the core of a Haggadah’s traditional text and purports to tell the story of the Exodus via a few biblical verses elucidated by relatively obscure passages from rabbinic literature.

The Hebrew text in The Feast of Freedom was based on a slightly earlier Conservative movement Haggadah edited by Rabbi Michael Strassfeld, now the spiritual leader of the Society for the Advancement of Judaism, a Reconstructionist synagogue in Manhattan. According to Strassfeld, the text was a mix of the traditional Haggadah, other rabbinic texts and original constructions.

Strassfeld and his co-authors adapted a traditional midrash, or rabbinic elaboration of a biblical narrative, that they worked into the “Arami Oved Ami.” The new passage elaborates on a traditional line in the Haggadah about how the Egyptians separated the Israelite women from their husbands. According to the new Hebrew text composed by Strassfeld, the women went to their husbands anyway, thereby securing their freedom from Egypt. Foer’s New American Haggadah includes that Hebrew paragraph, which was original to The Feast of Freedom.

According to Raymond Scheindlin, a professor of medieval Hebrew literature at the Jewish Theological Seminary of America, all Jewish traditions used an essentially identical traditional text for this section of their Haggadot until roughly a century ago. “The bulk of the Haggadah, the text is pretty ancient, and it’s virtually identical in all communities,” Scheindlin said. “There are slight changes of wording here and there, but it’s virtually identical.”

That’s changed in the past 100 years or so, as various authors have amended the traditional Hebrew text, many in efforts to add more exposition and texture to the Haggadah’s telling of the story of the Exodus.

The Feast of Freedom was a revised edition of Strassfeld’s text, edited by Rachel Anne Rabinowicz, who died in 1987.

The Conservative Haggadah, The Feast of Freedom, doesn’t explicitly say that its Hebrew texts are not traditional, and many readers have assumed that they are.

According to Strassfeld, that was the idea. “I think one could argue that it was successful in the sense that I think many people didn’t realize it wasn’t the traditional text,” he said.

Foer wrote in an email that he, too, had assumed that the text he took from The Feast of Freedom for the New American Haggadah was traditional. “In fact, virtually all of the Hebrew text is traditional, and in the public domain,” Foer wrote. “But there are a few unique additions to the [Rabbinical Assembly’s Haggadah], which require acknowledgment.”

Foer wrote that he and Englander both agreed on a need to add proper credit. “I regret that we didn’t get it right the first time, but Rabbi Schonfeld has been nothing but friendly and generous, and I am frankly grateful to have this new dialogue,” Foer wrote.