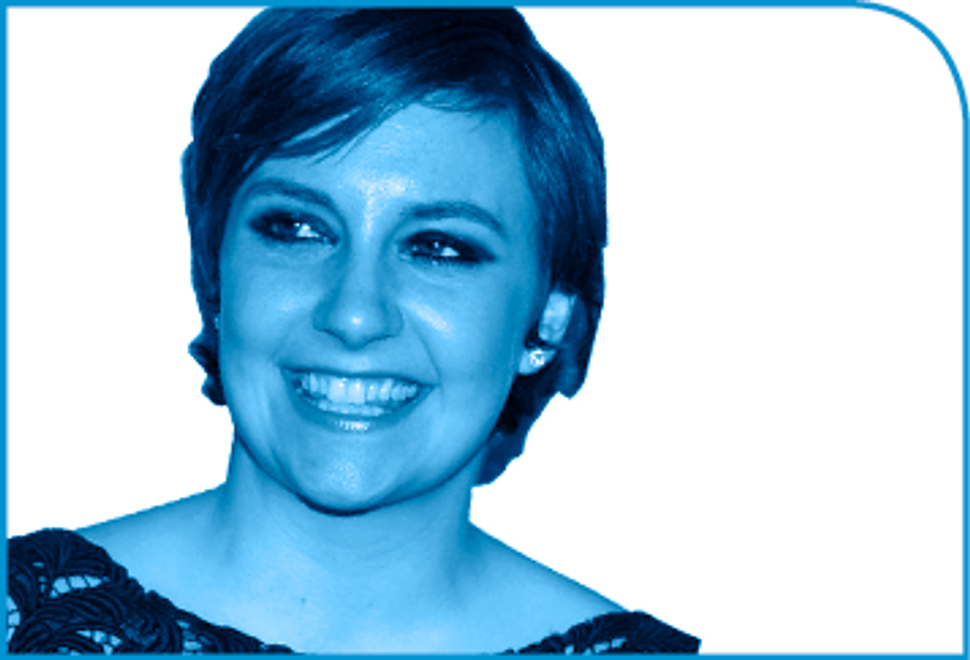 The publication this year of the Forward 50 is happening a little differently. We are rolling out videos of the Top 5, the American Jews who we think top our list of those who have impacted the news most significantly in the past year. Count down with us through Monday as we profile the new faces of Jewish power.

As the Emmy-nominated writer, director and star of the hit HBO series “Girls,” Lena Dunham, 26, has captured the everyday lives of modern young women, lives quite unlike the glamorized faux existences served up on reality TV. “Girls,” which counts Judd Apatow as an executive producer, is about four 20-something friends living, loving and lusting in New York City. Dunham plays Hannah, an aspiring writer whose personal blunders and sexual exploits make you feel better about the things you did in your 20s. “I think I may be the voice of my generation — or, at least, a voice of a generation,” Hannah remarks in one of the most quoted lines of the series. This representation suggests that while Hannah is by no means the voice of the Millennials, Dunham very well may be. And a well-compensated voice — Random House just snapped up a collection of her essays for $3.5 million.

Born in Manhattan, Dunham is a self-professed “half-Jew, half- WASP.” Her photographer mother, Laurie Simmons, is Jewish, and her father, Carroll Dunham, a painter, is Protestant (his ancestors were passengers on the Mayflower). She attended St. Ann’s School in Brooklyn and Oberlin College in Ohio, and then went on to win the jury prize for narrative feature at the 2010 South by Southwest Film Festival for “Tiny Furniture.”

Gawker’s Rich Juzwiak calls Dunham “television’s greatest singer-songwriter,” and Rolling Stone’s Bob Sheffield says she’s “like Larry David’s sicko granddaughter.” It’s meant as a compliment. How does she handle it all? As Dunham told The New York Times, “I feel like with everything that happens, Dayenu.”

Rachel Sklar, founder of Change the Ratio, weighs in with some of her thoughts on Lena Dunham: