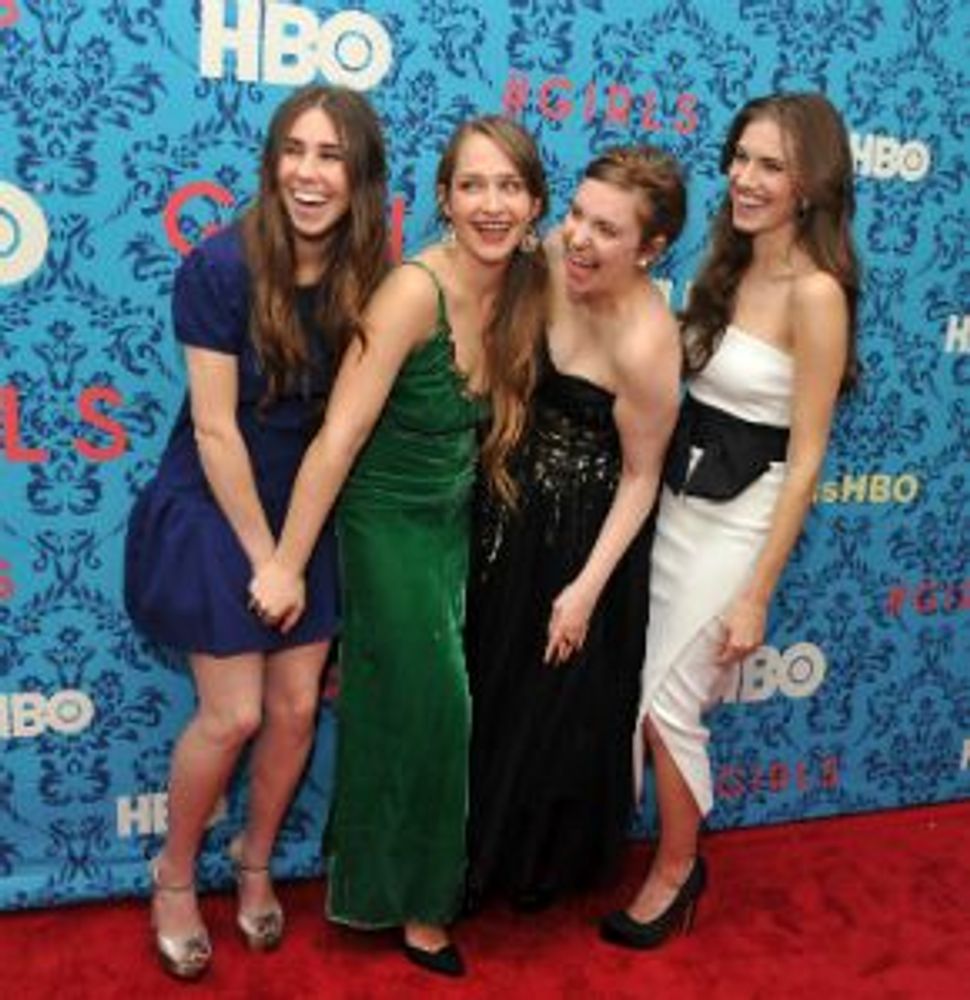 Shoshanna might be a new kind of Jewish American Princess, but in an interview with the Hollywood Reporter’s Scott Feinberg, “Girls” creator Lena Dunham revealed that she originally conceived of Marnie (played by Allison Williams) as another sort of Jewish stereotype: “A neurotic, stressed-out, like, tiny, high-achieving Jew.” Judd Apatow, she said, coached her toward creating a rounder, more “fleshed-out” Marnie, and also suggested that Shoshanna, who might have been “an in-out character who appeared every four episodes” play a bigger role on the show. So…thanks, Judd?

Feinberg, who chats with Dunham about Camp Ramah at the beginning of the interview, seems fairly smitten. “She is startlingly brilliant — in equal measures smart and funny — and eagerly self-deprecating,” he writes about Dunham, going on to describe her as a “female Woody Allen or Larry David.”

Watch Part of the Interview: