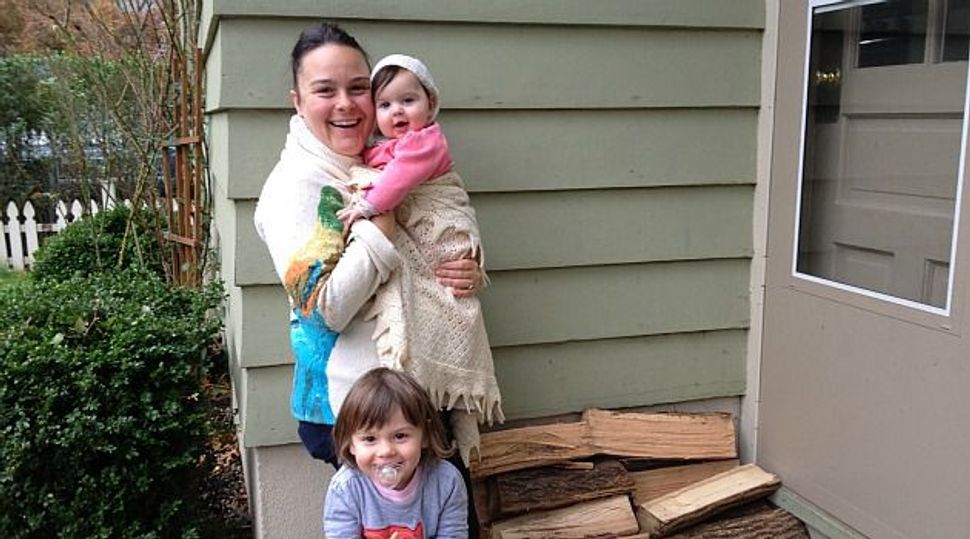 At 4 p.m. on Monday, October 29, as Hurricane Sandy’s powerful wind gusts buffeted the trees surrounding our home, I Tweeted, half jokingly, that maybe 2012 was the wrong year to move to New Jersey.

One week later, with night-time temperatures plunging to 30 degrees, and still no power to heat or light our home, I can say with some confidence that there never was a wrong time to move to this particular part of the Garden State.

That’s because, despite all the fears my wife and I had of New Jersey suburbia as an uncaring and unfriendly place after almost a decade of living in community-minded Brooklyn, it is our new neighbors and our new community that are carrying us through.

In the past week we have been the beneficiaries of more acts of kindness in the township of South Orange than I could ever have dreamed of. Those without power have stopped by to check on how the new family with the young children — an almost 5-month-old and an almost 3-year-old — are doing, or to offer us firewood and a line from their generator. Those with power, whose own houses already overflowed with refugees from the dark and the cold, have brought over hot meals and baked goods. They have let us do laundry in their homes. They have even looked after our elder daughter while I took my wife — along with a sleeping baby — for a birthday meal. They have let us hang out in the warmth of their homes, and when the weather simply became too cold, they gave us a bed.

They barely know us; we moved to South Orange only a couple of months ago. Yet in the space of one week, homes and businesses that were little more than a backdrop to the place where I slept between commutes have become a community. Neighbors have been transformed into friends. And I have learned an object lesson about the real meaning of community.

I say this for fear of seeming crass when dozens have died and thousands have endured so much worse than we have.

Driving around South Orange and neighboring Maplewood in the days after the storm, it quickly became clear how lucky we have been. Enormous trees blocked roads, lolled against rooftops or lay among the debris of smashed garages and sheds. Power lines snaked down onto sidewalks, and wrecked roofs were stripped of shingles. Our cell phones relayed apocalyptic images of neighborhoods along the Jersey Shore and Long Island and in low-lying areas of New York City.

Indeed, in those early days our plight did not seem all that dire. But as it became clear that a few powerless days could stretch on for a week or longer, as gas became an increasingly precious commodity and as the temperature began to drop, what started out as an inconvenience quickly turned into a test of mettle.

Prior to the storm, we prepared by stocking up on food, filling the car with gas and buying several packs of firewood. We already had candles, flashlights and batteries.

Once the storm robbed our home of power and heat, my wife and I took cell phones and laptops to neighbors for charging. And our neighbors, in turn, began to stop by to see how we were and to drop off food. At night we huddled in front of our living room fireplace, eating popcorn and drinking hot chocolate, warmed by the burning of the wood I hauled in. We wrapped the children in several layers of clothes before putting them to bed under several more layers of bedclothes. Then we, too, hunkered down for the night.

During the day, if the house was too cold, we sought refuge at a function room in Temple Sharey Tefilo-Israel, where our daughter is a preschooler. There you can tell which people are still without power: They are the ones wearing extra layers of clothing, sitting close to wall sockets to charge laptops and cell phones. The synagogue opened its doors to anyone who needed someplace warm to spend the day or even the night, as well as to commuters unable to get to work. Before long, the religious school’s library became a Forward satellite office.

On the third evening in front of the fire, while the children slept, I offered my wife several options for the days ahead: with almost a full tank of gas, we could make a break for friends in Connecticut or we could brave the snarl of traffic squeezing into New York City and SEEK? shelter with our Brooklyn friends.

But my wife couldn’t bring herself to leave.

I’m still not sure if it was partly the nesting instinct or that the prospect of having to pack enough equipment for two young children seemed more daunting than braving another cold, candlelit night. But I do think that the knowledge that previous generations, including our own parents, grew up in houses without central heating also held us back. If they could do it, so could we.

As the temperature dropped through the 40s and into the 30s at night, our bedrooms simply became too cold. On the fourth day, we carried mattresses and the baby’s bassinet down to the carpeted basement, which was more insulated than the rest of the house, and slept in a row on the floor.

When the Forward’s publisher heard that we had been driven into our basement, he offered to rent a car and bring us to his home in Brooklyn. Other Forward staffers offered us spare bedrooms or a room with relatives or friends in New York and New Jersey.

To outsiders, it seemed like the last act of a desperate family, but the reality was that we had managed to hold out for so long because of the knowledge that so many friends and colleagues were willing to help us. And, more important, that if the going ever got too tough, we didn’t have to cross the George Washington Bridge —we only had to cross the road.