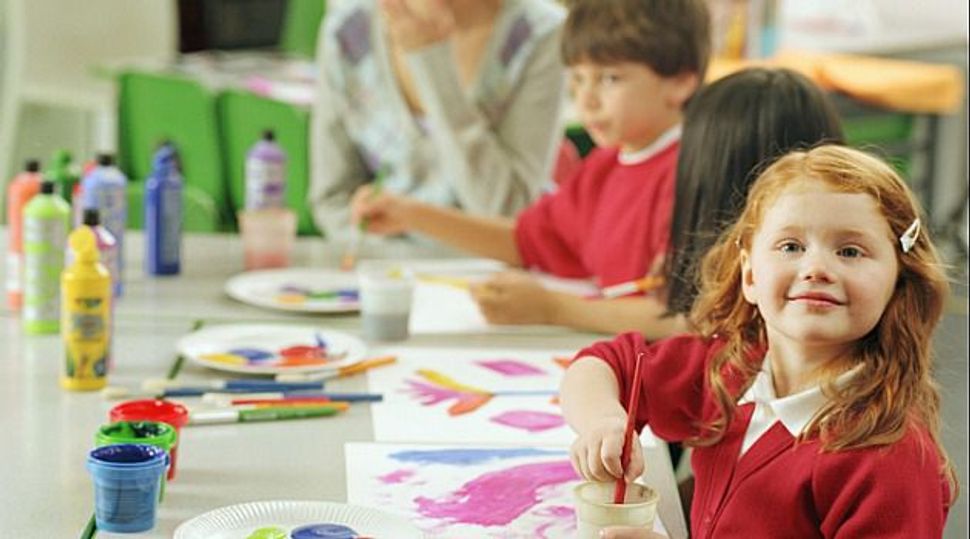 Too Far Too Fast? The rapid growth of a little-known child care group may have too much for it to manage. Image by thinkstock

A little-known New York City child care network that won a huge city contract for government-subsidized day care programs has had trouble paying its bills, the Forward has learned.

Less than a month after the group — which is operated by a Hasidic rabbi — opened 20 new subsidized child care sites, it told employees that it would be unable to make payroll, according to an e-mail from the group’s chief financial officer, obtained by the Forward.

The network, called B’Above Worldwide Institute, was relatively unknown until this spring, when the Forward reported that it was set to receive contracts worth roughly $31 million annually for 3,000 children at 42 day care centers across New York City. Previously, it had served just 1,000 children at 19 sites. Critics at the time questioned how the network received so many child care slots — 1,000 more seats than the next-largest child care network.

The organization blames its lack of funds on the city, which it says hasn’t lived up to its funding commitments. The shortfall deepens outstanding questions about EarlyLearn NYC, the city initiative that awarded the new contracts to B’Above.

EarlyLearn NYC constituted a massive reorganization of the process by which the city allocates funds for child care programs for low-income families. City officials have questioned the process by which the city’s Administration for Children’s Services (ACS), which oversees the program, chose new child care contractors — in many instances, at the expense of longstanding local providers. New York City Comptroller John Liu called the process a “disaster” in a June statement.

EarlyLearn NYC’s child care centers opened for business on October 1. The centers are now serving 45,000 infants, toddlers and preschoolers in scores of sites around the city. The contracts governing the program, however, have not yet been fully approved. Some are still making their way through the city’s lengthy contracting process, and ACS has extended bridge loans to some of the organizations to help them cover their bills as they await payment from EarlyLearn NYC.

In an email to his staff on October 24, B’Above CFO Jeffrey Stern blamed ACS for his organization’s inability to pay salaries. ACS “has not provided any funding to us for the EarlyLearn program,” Stern wrote. “Until we receive funding from ACS, any payments due our sites, for payroll, leasing, or otherwise will not be met.”

Stern alleged that ACS had promised payments and a bridge loan until the contract was approved but asserts that neither came through.

B’Above has received over $600,000 in disbursements from ACS since August, according to an online database maintained by the comptroller’s office. It’s unclear how much of the EarlyLearn commitment to B’Above that amount represents. The most recent payment of $30,000 was made on October 18, less than a week before B’Above announced it couldn’t make payroll.

In a statement, ACS said that it was doing its best to ensure that the child care agencies received the city dollars they were owed. “The Administration for Children’s Services continues to work diligently so that EarlyLearn NYC providers are compensated; the vast majority are currently receiving payment directly or via loans,” the agency wrote. “We are working with the remaining providers to facilitate the signature and submission of their contracts.” A spokesperson for ACS could not comment specifically about B’Above, nor could a spokesperson at the comptroller’s office.

In his e-mail to staff, Stern wrote that the organization had spent “hundreds of thousands” of dollars preparing sites so that they could receive the proper licensing.

Some of B’Above’s troubles could stem from the apparently unique model that Vogel described to the Forward in May. The Hasidic rabbi — who lives in the Orthodox upstate town of Spring Valley, N.Y. — told the Forward that his organization had partnered with small yeshivas in Brooklyn that were leasing space to him to run the subsidized child care programs.

Many of the B’Above network’s child care locations are in the Orthodox Brooklyn neighborhoods of Boro Park, Williamsburg and Crown Heights.

While some other EarlyLearn NYC providers are essentially continuing previous arrangements with ACS under the new EarlyLearn NYC contracts, B’Above’s massive growth means that many of its locations are new and therefore could require substantial investments. That could mean that the organization was making a gamble that revenue would help balance cash flow — a gamble that went sour in late October, when city funding didn’t come through.

Though the EarlyLearn NYC issue drew significant attention back in the spring — as members of the City Council complained that longstanding child care providers in their districts had lost city contracts in the reorganization — the issue seems to have been wiped off the table amidst the struggle to recover from the massive hurricane. Even as children begin to enter EarlyLearn NYC programs, council members who had previously organized hearings on the issue are not returning phone queries, while their spokespeople explain that they have been spending their time in the city’s flood-ravaged neighborhoods. Even spokespeople at city agencies say that the flooding has taken up much of their time and energy.

The issue, however, is certain to gain new traction in the coming months, as budget conversations resume in the City Council.