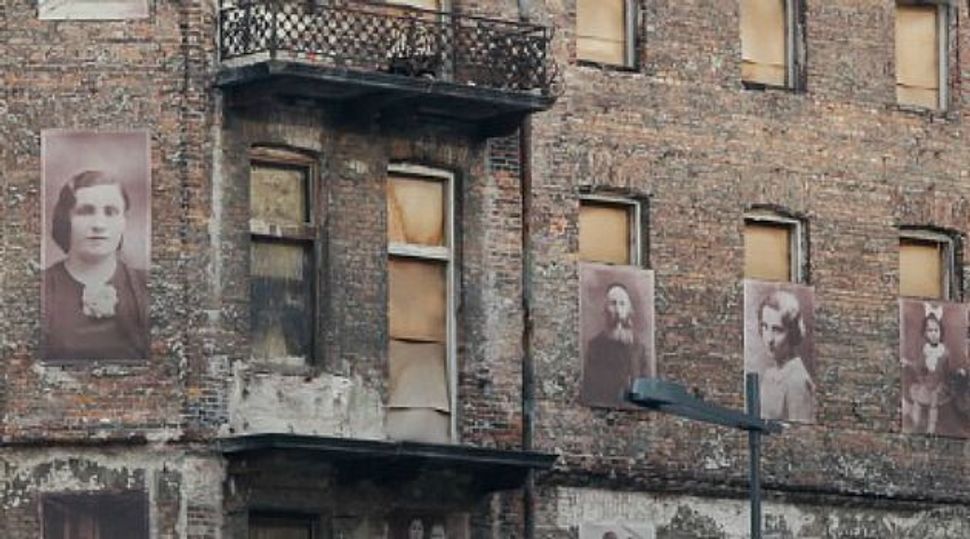 On the surface, it appears to be a historic gain for Reform Jewry in Europe.

Ec Chaim, a congregation identified as Progressive – the European term for Conservative or Reform – is set to join the Orthodox-led umbrella organization of Warsaw’s Jewish community. Poland’s chief Orthodox rabbi is hailing the move as a potential model for resolving friction between Orthodox and Reform communities on the continent.

But some Reform leaders in Warsaw affiliated with the European Union for Progressive Judaism are dismissing the move as a ploy to restore the Orthodox monopoly over Jewish life in Poland.

The Ec Chaim congregation “does not really exist and is not independent,” said Rabbi Haim Dov Beliak, senior rabbi for Beit Polska, a national umbrella organization for Polish Progressive congregations, including Warsaw’s Beit Warszawa synagogue. “It is a Potemkin village.”

Personal rivalries, official recognition and money are all behind the fight pitting the Orthodox-led Union of Jewish Religious Communities in Poland – known locally as Twarda, after the street where it is headquartered – and Beit Polska, the main Progressive organization in the country.

The Union of Jewish Religious Communities fought the change, going to court in an effort to overturn the decision by arguing that the registration of a second Jewish community in Poland violates commitments given by the government. The union says it is multidenominational, not Orthodox, noting that the Progressive Ec Chaim is under its umbrella. Union officials say their group should be the sole representative of Polish Jewry, distributing any government funding proportionately according to the size of Poland’s Jewish communities.

Opponents of the Union of Jewish Religious Communities argue that its inclusion of Ec Chaim is little more than a feint and a scheme to hold onto a larger share of government funding.

“To persuade the court that Poland does not need a second Jewish community, Twarda has created an implant congregation called Ec Chaim” that is Reform in name only and in fact is controlled by the union’s Orthodox rabbis, charges Lesley Bergman, president of the European Union for Progressive Judaism.

This month, a Warsaw administrative court will rule on whether to annul Beit Polska’s registration.

For now, the total amount of money at stake is relatively small. But a much larger prize hovers in the background: the potential windfall for the Jewish community if Poland ever makes good on its pledges to offer Holocaust restitution for real estate and other Jewish assets seized during World War II.

The Reform movement’s legal struggles in Europe “start by being a principled issue that concern equality, but it’s also a money issue,” Bergman said.

Bergman’s movement does not recognize Ec Chaim as Reform at all. Beit Polska, which has a few hundred members, is the only Progressive community that the European Union for Progressive Judaism recognizes in Poland.

But Poland’s American-born chief rabbi, Michael Schudrich, who is Orthodox and employed by the Union of Jewish Religious Communities, says Ec Chaim is a legitimate, independent Reform congregation that “can do as they please according to their interpretation” of Judaism. He notes that Twarda paid for a Progressive rabbi to lead it.

“Despite the lies, the Jewish Community of Warsaw is simply not an Orthodox community,” said Piotr Kadlcik, the president of the Union of Jewish Religious Communities.

His claim is backed up by Ec Chaim’s rabbi, Stas Wojciechowicz.

“The allegations of Leslie Bergman and Haim Beliak derive from the complete lack of understanding of local Jewish reality with all its complexity,” Wojciechowicz told JTA.

Insiders say long-simmering personal rivalries between the rabbis of the Union of Jewish Religious Communities, Ec Chaim and Beit Polska play a role in the dispute.

Beliak describes the union’s effort to strip Beit Polska of government recognition as proof that the union is opposed to Reform Judaism. The Union of Jewish Religious Communities is “attempting to maintain an absolute Orthodox monopoly” over Polish Jewish life, Beliak said.

This is hardly the only clash between Reform and Orthodox communities in Eastern Europe.

Until the fall of the Iron Curtain two decades ago, Jewish life was largely conducted underground in communist countries, and non-Orthodox communities were virtually nonexistent. Orthodox Jewish institutions took root quickly after the fall of communism, gaining government recognition and funding when it became available.

But non-Orthodox institutions are gaining strength across Europe, and in many countries the fight for government funding has put them on a collision course with the local Orthodox establishment.

Hungary’s two main Reform synagogues, Sim Shalom and Bet Orim, are appealing the decision at the European Court of Human Rights in Strasbourg as part of a suit by a host of Hungarian religious organizations.

In Austria, the Reform community is awaiting the implementation of a new system for distributing funds to religious communities and hopes to receive about $100,000 annually. Under the old system, Or Chadash, Vienna’s Reform community, was not represented on the Jewish community board, which essentially is Orthodox, according to Bergman.

Back in Poland, Rabbi Boaz Pash, the Orthodox rabbi of Krakow, says the inclusion of Ec Chaim under the umbrella of the Union of Jewish Religious Communities could be a model across Europe for Jewish religious streams operating under one administration but without interfering with one another’s religious practice.

“I think the arrangement reached in Warsaw is the way forward, not only in Poland but in other countries,” Pash said.