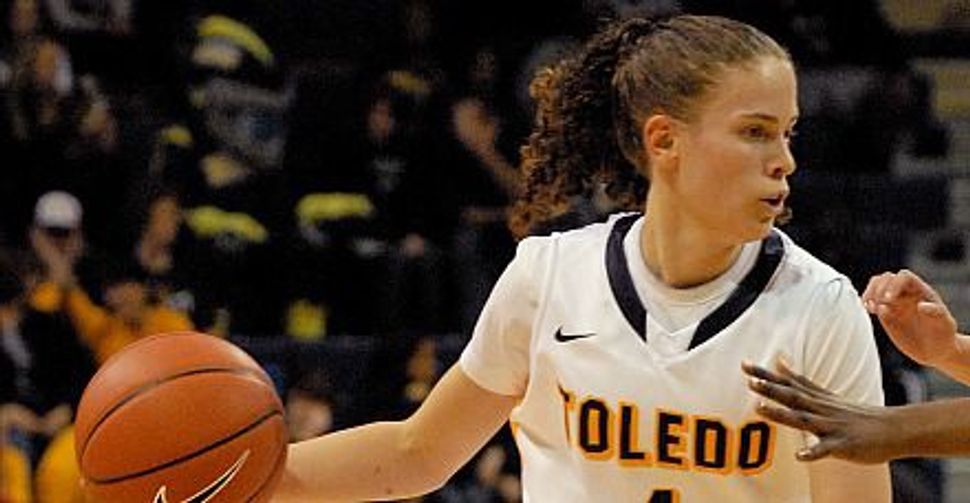 Image by courtesy of university of toledo

When Naama Shafir takes the court for the University of Toledo, there’s an unquestionable sense of relief. 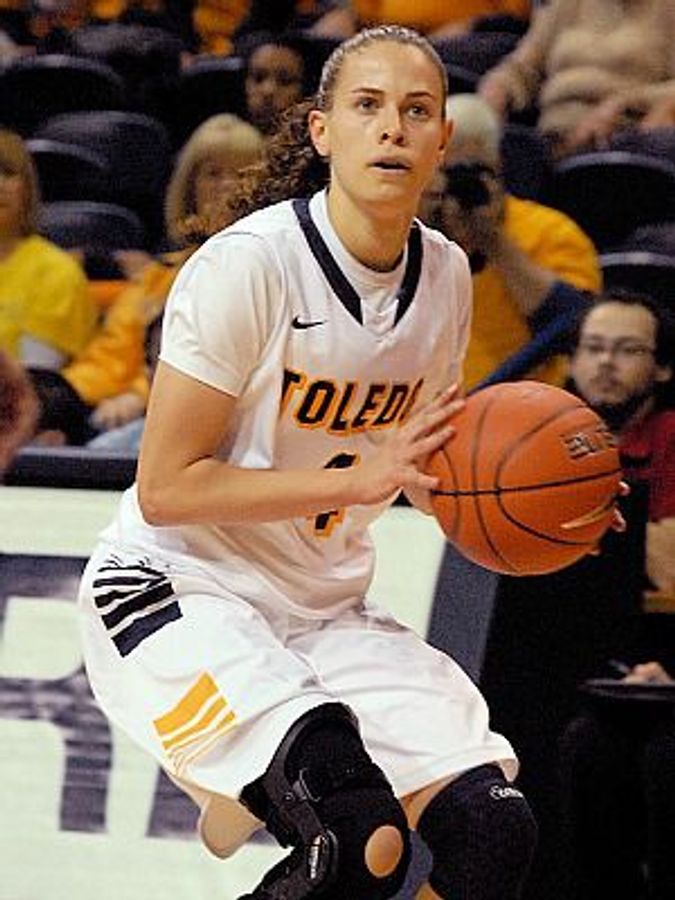 Image by courtesy of university of toledo

It helps that her team is on a winning and that Shafir is averaging 10.2 points, 4.4 rebounds and 5.6 assists per contest. And for Shafir, a native of Hoshaya, Israel, being back on the court at all is a thrill after a knee injury wiped out her senior season.

“All the hard work and rehab all pay off,” said Shafir, who is believed to be the first Orthodox Jewish woman to earn an NCAA Division I athletic scholarship. “I feel really good, and it’s really nice to be able to play, and not just watch from the bench.”

As a three-time All-Metro Athletic Conference selection who was the MVP of the 2011 Women’s National Invitational Tournament, Shafir was already an outstanding player for Toledo and head coach Tricia Cullop. However, as Shafir gives her senior season another shot on a medical redshirt, Cullop is seeing significant improvement in her star point guard.

“She’s had a chance to really study all of her teammates and learn where they want the ball, where they’re more capable of scoring from,” Cullop said. “Not that she didn’t know it before, but I think she understands each one of the offenses that we’re running a little more because she had to watch them all last year.”

Lately, Cullop has even more reason to be impressed. With the recent hostilities in Israel, being on the opposite side of the globe from friends and family hasn’t been easy. However, Shafir has shown great poise and concentration in leading the Rockets on the court, showing few if any adverse effects from the stress.

“I’m extremely impressed,” Cullop said, “because I know it has to be something that is difficult to digest, but I do feel that she’s been very mature in how she’s handled it.”

It helps, of course, that Shafir has been able to stay in close contact with her family, who have been out of harm’s way.

“Obviously, I talk to my family and friends, and people I know at home,” Shafir said. “They always say it sounds a lot worse when you’re not there, so that makes me feel a little bit better.”

Still, an American college campus is rarely quiet when fighting breaks out in the Middle East, and as a prominent campus figure who comes from Israel, Shafir could easily be subjected to harsh remarks from her classmates. However, Shafir reports that that has not been the case at Toledo, where her classmates tend to ask questions more than anything else.

“Most people that ask me about it just ask about my family, how everybody’s doing” Shafir said. “I don’t really go into detail and say my opinion, but if people ask, I just try to explain. People listen to the media, and usually, that’s what they believe in, so I just try to bring the other side.”

Shafir is also surrounded by teammates who have been to Israel, as the Rockets visited the country on a 10-day playing tour in the summer of 2011. That experience has lent the Toledo team a better understanding of the realities of life in Israel, and the locker room has been a supportive environment.

“I’m glad that they had the opportunity to be there and see that Israel is not just about that,” Shafir said. “They’re in shock sometimes, saying ‘I can’t believe we were there two years ago and it was just fine. They also ask me about my family, but they’ve been there and they loved it and they had a really good time.”

These days, the good times are on the court for Shafir and Toledo. The team will host the Glass City Tournament this weekend, taking on SIU-Edwardsville on Saturday and either Southern or St. Bonaventure on Sunday (Shafir does play on Shabbat, but attends services and walks to the arena). Whether Shafir and her teammates will be able to keep their hot start going is uncertain, but there’s no doubt that the games will offer an important release for Shafir, and two hours not to think about what’s happening on the other side of the globe.

“You don’t have to worry about other things,” Shafir said of stepping on the court. “I’m not worried too much. I always talk to my family. But basketball helps even more.”