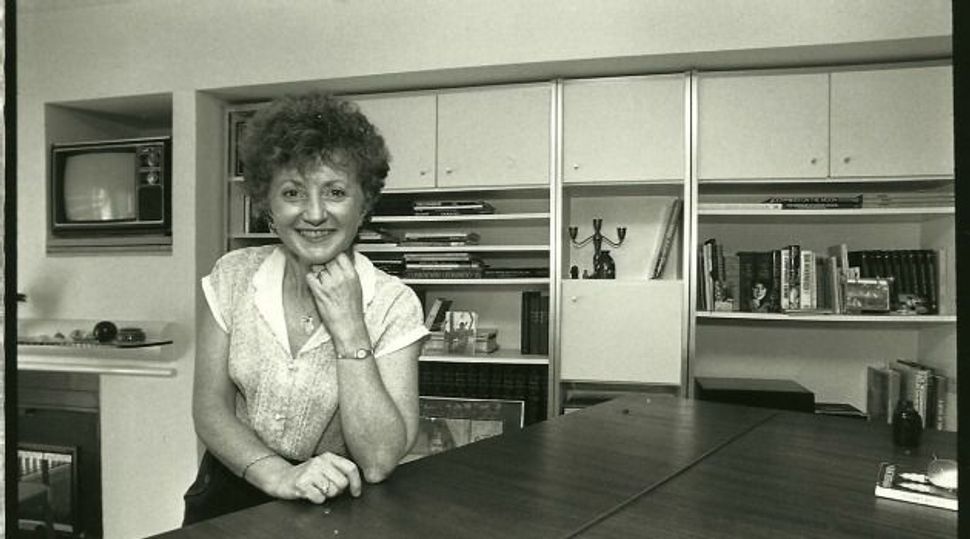 Her Language: Rachel Amado Bortnick was the subject of the documentary ?Trees Cry for Rain.? Image by Courtesy of Bonnie Burt 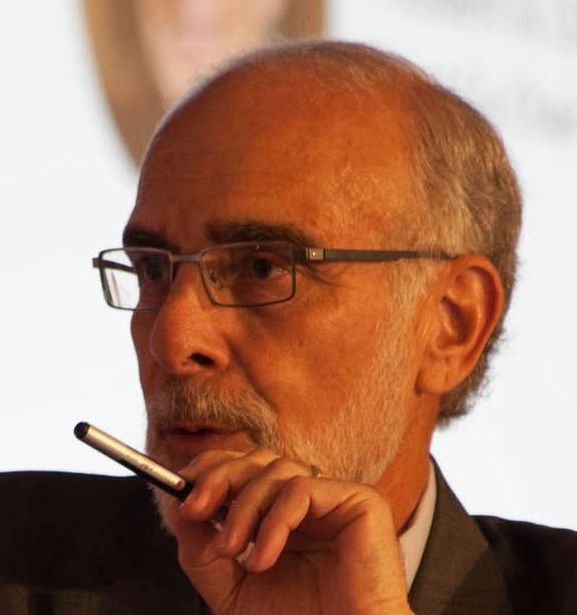 Each year, languages slip into oblivion. Some say Ladino, or Judaismo, is on that path.

But a community of Ladino speakers thrives online, and songs enlivened with Ladino lyrics are surging in popularity in Israel and Latin America.

Academic interest in the language is flowering on campuses from Boston to Los Angeles. At the heart of this Ladino buzz is Dallas resident Rachel Amado Bortnick, born in Izmir, Turkey, in 1938.

To support the dwindling ranks of Ladino speakers, in 1999 Bortnick established an online community on Yahoo, Ladinokomnita. On the site, Ladino speakers share reminiscences about the language and Sephardic traditions, exclusively in Ladino. She calls it “an online correspondence group.”

Initially, Bortnick’s online community was made up of five of her friends. It has since grown to 1,400 members in 40 countries, from Sweden to Australia to Brazil. “That’s the magic of the Internet,” she said.

The seeds of the effort were planted 55 years ago, when Bortnick traversed the world to attend a small college in St. Charles, Mo., to study chemistry on a full scholarship. That odyssey was the result of a friendship between the college’s dean and the principal of the school Bortnick attended in Izmir. Bortnick’s story was later recounted in the 1989 documentary “Trees Cry for Rain: A Sephardic Journey,” that has been shown in film festivals around the world.

“When I came to Missouri, I never met a Sephardic person,” Bortnick recalled. “Jews I met didn’t believe I could be Jewish, because I never spoke Yiddish and never ate gefilte fish.”

Over the decades, she has sought out and forged links with Ladino speakers wherever she could find them. Then the Internet helped multiply her outreach.

Some of the rapid growth of her web group was organic, as far-flung Ladino speakers found out about the virtual community through word of mouth — and as links flew over the Internet. A large part of it was the care Bortnick has given to the site: promoting it, telling others about it and spurring the online dialogue about Ladino sayings, language usage discussion, recipes and Sephardic rituals.

Bortnick is well aware that Ladino is spoken by a shrinking coterie of aging speakers. She said she would be surprised if there is anyone for whom Ladino — a blend of Hebrew, Spanish and other languages of the Mediterranean basin — is his or her sole tongue. Total estimates of fluent Ladino speakers range from 150,000 to 250,000, but Bortnick believes those figures may be inflated.

As for its cultural impact on Judaism, Ladino should not be compared with Yiddish, said Dovid Katz, of Vilnius, author of the 2004 book “Words on Fire: The Unfinished Story of Yiddish.”

“Judaismo is an important language, but it is nowhere comparable with Yiddish in the number of speakers, the literary output, the degree of internal development,” Katz said during a recent visit to Brooklyn to study resurgent Yiddish in the Haredi community.

Sarah Stein, a history professor at the University of California, Los Angeles agreed that Ladino has many fewer speakers than Yiddish. Even so, she said, Ladino has a “a rich legacy as a language of religious interpretation and secular print culture. It was a language of the home, a language of modernism, of instruction of children.”

To a Ladino lover the expressiveness of the language is second to none. Take the word “presiado,” Bortnick said, a term of affection lovingly bestowed on a child by a parent — a verbal caress.

“When you say the English word, ‘precious,’ it sounds fake, not coming from the heart,” Bortnick said. “When you say ‘presiado mio,’” it declares you are important to me, the treasure of my life.”

What is Ladino? Strictly speaking, Bortnick said, “It is the language of Sephardic Jews who went to the Ottoman Empire based on medieval Spanish.”

The language is made even more expressive by embellishments by the speakers, as they slowly enunciate evocative verbs and nouns and add facial expressions and hand motions as they speak. “Every word, every phrase, every proverb captures where we once lived — our relationship with our surroundings,” Bortnick said.

She forges strong, affectionate bonds with members on the site such as my 90-year-old mother-in-law, Alegre Tevet, of Portland, Ore. She recently visited Tevet at a rehabilitation center to converse — in Ladino.

Bortnick’s grasp of the history of Ladino is encyclopedic. The first printing press was brought to the Ottoman Empire, she will tell you, toward the close of the 15th century, and its owners were allowed to use only Hebrew type. The sultan, unlike Jewish leaders, feared literacy.

Today, she said, Jews of Latin America are increasingly interested in Ladino, even if they are not of Sephardic heritage.

In Israel, there is a yearly competition to select the best new Ladino songs. “The language will live forever in the songs,” Bortnick said.

Perhaps most important, interest in Ladino is surging on college campuses.

University of Washington’s Devin Naar, assistant professor of history and Jewish studies, just launched a Sephardic studies initiative at the school which is beginning to formalize the study of Ladino.

On March 5 and 6, a Ladino support organization at UCLA, ucLADINO, will hold its second annual Judeo-Spanish Symposium focused on “Survival in the Diaspora.”

Ascher and Naar view Bortnick’s efforts as heroic — and successful.

Bortnick, however, is well aware that Ladino “is living its last days as a regularly spoken language.”

Ever upbeat, she believes it will thrive in new ways: “What is wonderful is knowing that it is not disappearing. People will know and understand it because of all this activity going on. “

Martin Rosenberg is a Kansas CIty writer and editor. He recently traveled to Spain and Greece to study Sephardic Jewish life.