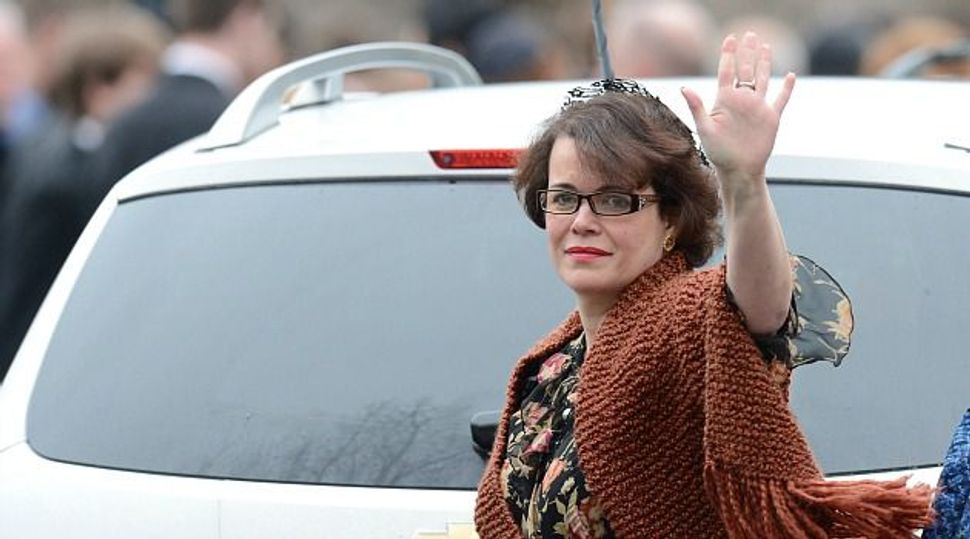 Determined Mother: Veronique Pozner spoke at an emotional hearing on gun control in Connecticut. She showed a photo of Noah lighting Hanukkah candles the night before he died. Image by getty images

Flashing a photo of her slain son, Noah, lighting a Hanukkah candle, Veronique Pozner made a dramatic plea for stricter gun control laws at a packed hearing Monday in Connecticut’s state capital.

Joined by other relatives of those killed in the Newtown school rampage, Pozner called for a complete ban of all assault weapons and mandatory registration of all firearms.

“What happened in Sandy Hook on December 14, 2012 destroyed Noah’s life and the lives of so many others,” Pozner told the panel. “We must change for the better to prevent the likelihood of a tragedy of this magnitude from ever shattering the lives of innocence and their families ever again.”

The heartbroken mother said the photo was taken the night before Noah Pozner was killed at the Sandy Hook Elementary School. Twenty-seven others were also slain by crazed gunman Adam Lanza, who later turned the gun on himself.

“He looked so innocent and full of wonder,” Veronique Pozner said. “He was cheated of his full potential. I can now only dream of the man he would have become.” 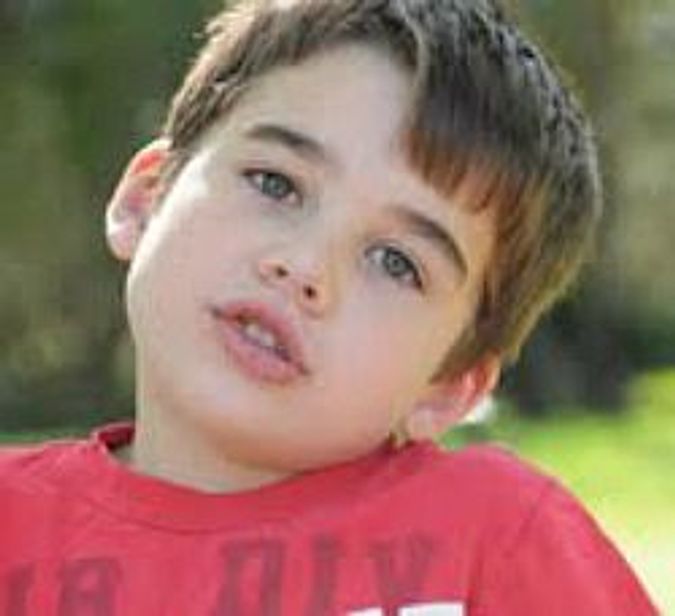 Veronique Pozner had already made her support for gun control clear in interviews, although she prefaced one early comment by saying she did not have all the answers and insisted: “I am no Golda Meir.” The Monday hearing marked the first time she has spoken in a public meeting on the controversial topic, which has become a lightning rod for debate in Connecticut and nationwide.

President Obama, who consoled Veronique Pozner and other parents at a memorial service after the shootings, has proposed a raft of new gun control measures. But the fate of a new assault weapons ban and other measures remains unclear as gun rights advocates, backed by the powerful National Rifle Association, push back hard.

Pozner spoke emotionally about her loss, which she described as an example of the harm that unfettered access to guns can do to innocent victims like Noah.

“Noah was our 6-year-old force of nature,” Veronique recalled. “He will never get to attend middle school or high school, kiss a girl, attend college, pick a career path, fall in love, marry, have children or travel the world.”

Pozner suggested that she had not thought much about the issue of gun control until the Newtown massacre forced her to address it. She argued that stricter rules particularly on assault weapons that can fire many rounds quickly would make it more difficult for anyone to carry out a mass shooting like at Newtown.

“The equation is terrifyingly simple: Faster weapons equal more fatalities,” Pozner said. “Possession of any assault weapon regardless of the date of purchase ought to be illegal.”

She pointed out that Adam Lanza was easily able to get his hands on weapons because his mother, a gun enthusiast, owned them legally. Lanza used the sophisticated weapons to gun down his mother before going to the school and carrying out the rampage there. Investigators still do not know what caused him to snap or why he targeted the school.

Those facts, Pozner said, should encourage lawmakers to consider enacting mandatory licensing for all guns and mandatory liability insurance for all gun owners. Such laws would force owners to evaluate whether their desire to own a gun is worth the potential cost to themselves and to society.

“Motor vehicle owners are required to carry liability insurance on their vehicles,” she said. “The same should apply to gun owners.”

More than 500 people were expected to speak at the Bipartisan Task Force On Gun Violence Prevention and Children’s Safety hearing in Hartford, less than an hour’s drive from the scene of the Newtown shooting.

Neil Heslin, father of Newtown victim Jesse Lewis, said there is no reason to allow civilians to own assault weapons.

“I still can’t see why any civilian, anybody in this room in fact, needs weapons of that sort,” Heslin said, according to The Courant of Hartford. “You are not going to use them for hunting or even for home protection.”

Steven Barton, who was shot and wounded in the movie theater rampage in Aurora, Colo., also called for new gun restrictions.

““I’ll be hoping to put a face to gun violence, but also speak about the policies that I think will help prevent these sort of tragedies from happening,” said Barton, who lives in nearby Southbury, Conn., according to NBC news.

The hearing started at 10 a.m. and was expected to stretch till past midnight Tuesday morning.

Gun rights supporters also spoke along with representatives of gun manufacturers, who mostly oppose new measures on the grounds that they would impinge on the Second Amendment right to bear arms.

The Jewish community has traditionally strongly backed gun control and Jewish communal organizations have spoken out in favor of new restrictions since the Newtown massacre. But a handful of Jews have also played leadership roles in gun rights groups like the National Rifle Association.

Veronique Pozner was an emotional centerpiece of the hearing, recounting some of Noah’s favorite sayings and recalling his big heart.

Noah’s bright personality makes the family’s loss all the more poignant, even though Veronique Pozner said she felt blessed to have four surviving children, including Noah’s twin sister, Arielle.

“Never will he feel the sunlight on his face, the companionship of a family who adores him, the taste of a good meal or to get to dig a hole all the way to China, as he strove to do every summer day at the beach,” she said.

Even as she proposed new measures that may prevent future mass killings, Veronique Pozner suggested there are some questions that nobody can answer.

“He used to ask, ‘If there are bad guys out there, why can’t they just wake up one day and decide to be good,’” she recounted. “ I didn’t always have the answers that Noah was looking for.”