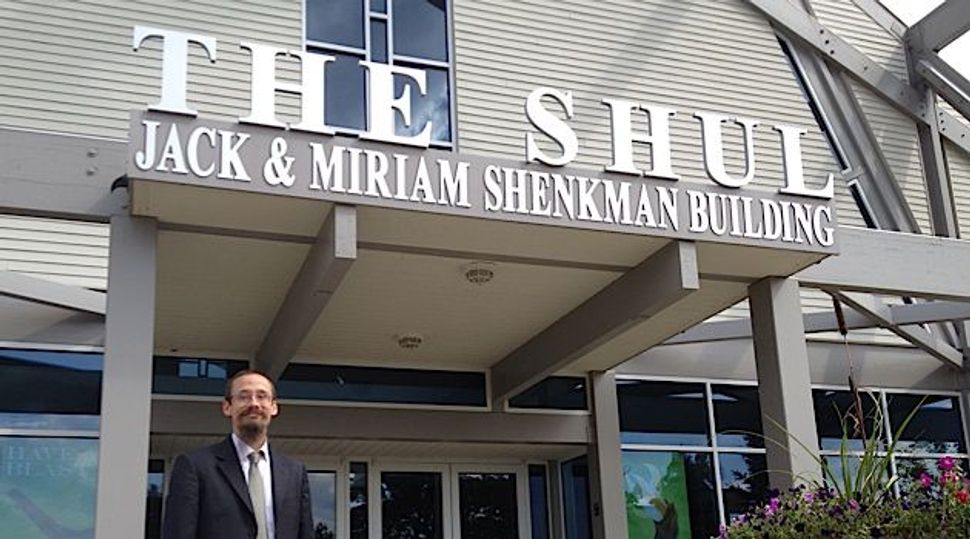 A Jewish college in Michigan that has enjoyed massive growth fueled by federal funding of its overseas studies programs is poised to build a new 16,000 square foot headquarters — even though almost no students ever set foot on campus.

West Bloomfield Township, a suburb of Detroit, granted permission for Michigan Jewish Institute to proceed with plans for a college building that includes six classrooms and administrative space for a staff of 42.

“Rabbi, it took a long time to get the funding for that,” Lawrence Brown, a West Bloomfield trustee, said after the plan passed by unanimous vote on January 28.

Brown was speaking to Rabbi Kasriel Shemtov, the executive director of MJI, a college that has been little noticed since its launch about 20 years ago.

For many years, MJI catered mainly to a small number of part-time students studying towards vocational degrees in business and computers. However, as the Forward revealed last fall, the college and its finances have swelled rapidly as it transitioned to offer courses in Judaic Studies and particularly as it expanded online.

Its student body has grown from about 200 students in 2004 to about 2,000 students today. During the past five years, MJI students collected almost $25 million in federal Pell grants designed for low-income students.

Almost all of MJI’s students are enrolled in study-abroad programs, mainly in Israel, and in online degree programs. Yet few, if any, of the overseas or online students complete their courses.

In 2011, MJI conferred just three degrees, according to the Department of Education.

When the Forward visited MJI in September 2012, a reporter found about two-dozen high school students attending dual enrollment programs in the evening at MJI.

Lessons were held in several of four classrooms at The Shul, a Lubavitch synagogue run by Shemtov.

The Shul sits at the heart of the Campus for Living Judaism, a 40-acre complex bought by Chabad of Michigan in 1990.

Shemtov’s father, Rabbi Berel Shemtov, has led Chabad of Michigan since 1958. Another of Berel Shemtov’s children, Bassie Shemtov, runs a hugely successful organization for children with learning disabilities, the Friendship Circle, whose headquarters are also on the Campus for Living Judaism.

The original master plan for the Campus of Living Judaism included ambitions for 12 buildings, including a synagogue, a museum, a college and a student dormitory.

Commission members were told that MJI wanted to begin construction in spring.

Steve Budaj, who sits on West Bloomfield planning commission, said the commission members assume that if an applicant is about to spend millions of dollars on a development they must have a use for that building.

“We don’t question whether or not they have students to put in the building,” said Budaj. “We assume that they do.”