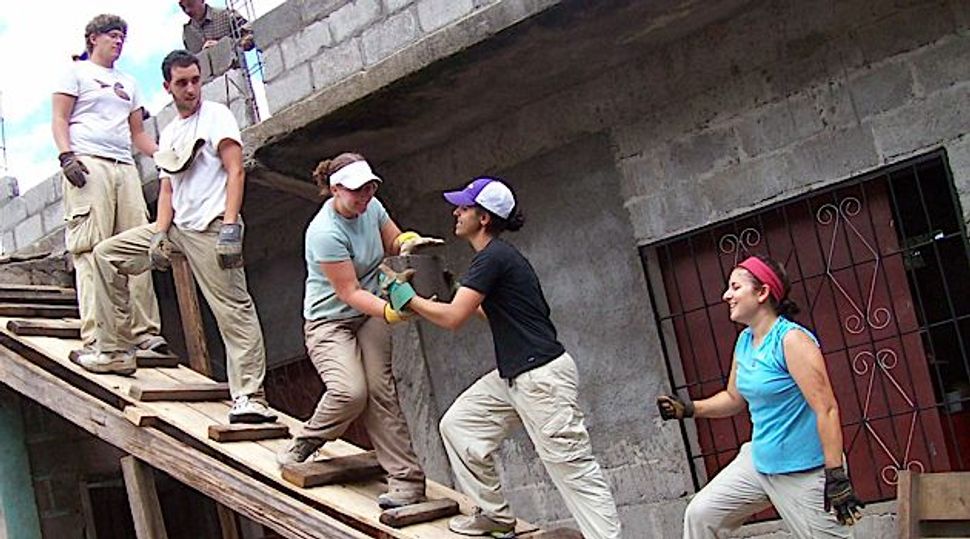 Jewish not-for-profits are cutting back on pricey volunteering trips, but the new CEO of the organization charged with boosting these programs insists the field is still growing.

David Eisner, a former corporate executive, took over the leadership of Repair the World in early January. He arrives as a handful of major Jewish organizations, including Hillel, American Jewish World Service and Bend the Arc, are limiting their so-called service learning programs or shutting them down altogether.

The influential volunteer groups cite cost as a reason for ending the service learning trips, which pair volunteer opportunities with Jewish education.

Yet Eisner said that he didn’t see his role at Repair the World as one of retrenchment. Instead, he said, he hopes to grow the organization in the coming years.

“The proof is going to be in the pudding,” Eisner said. “I think there’s a strong surge around service as the method for engaging young adults, and I think we’re going to see that at the programming level, the funding level and the research level.” 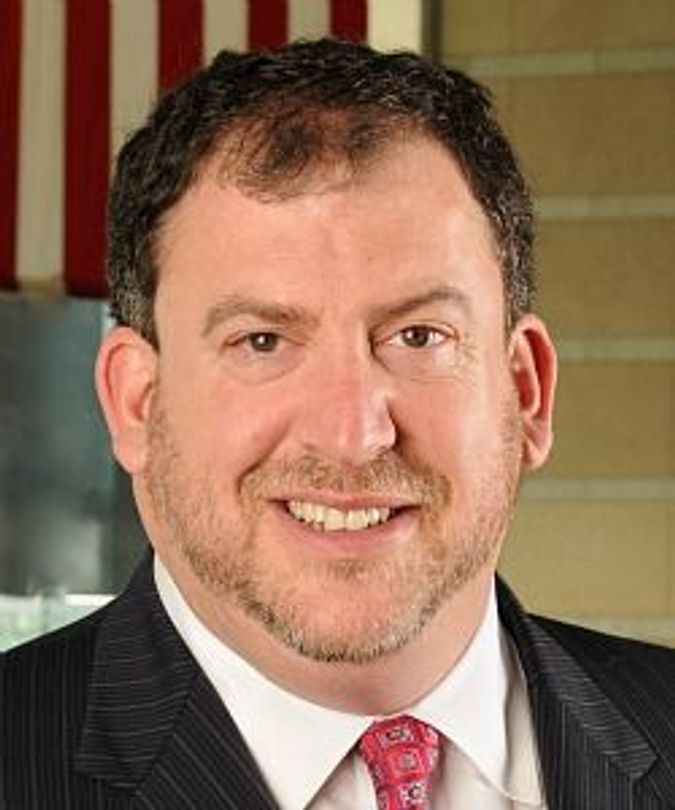 David Eisner Image by Courtesy of Repair the World

Eisner resigned as CEO of the National Constitution Center last October after three years in the position. In 2003 he was appointed by President George W. Bush to head the Corporation for National and Community Service, the semi-governmental agency responsible for AmeriCorps and similar programs. He has also worked as an executive at AOL Time Warner.

Repair the World doesn’t operate its own Jewish service trips. Instead, it promotes voluntarism by distributing grants to service learning programs, both immersive and short-term, and by performing research on the field.

Interest among Jewish funders in service learning exploded in 2008 with the publication of a study promoting volunteerism as a means of increasing Jewish identity in young people. The Charles and Lynn Schusterman Family Foundation, one of the sponsors of the study, co-founded Repair the World in 2009. Repair the World raised $4.8 million in 2011, of which 62% came from the Schustermans. In 2010 the group brought in just $1.2 million.

As Repair the World’s fundraising was booming in 2011, some of the major providers of the service programs it was promoting were struggling to pay for their programs. In 2012, three of those organizations announced that they would end or severely cut their service learning trips. Hillel will no longer fund so-called “alternative break” programs out if its national office. AJWS will end all but a handful of its service learning programs. Bend the Arc ended all its service learning in April.

For AJWS, Dorfman said, the economics of the service trips simply didn’t work out. As an example, Dorfman said that the group found it was spending $2,000 getting a student to Nicaragua to do $150 worth of work.

“The value created by participants during their field placement… while incredibly valuable, weren’t equivalent in value to the cost of sending them,” Dorfman said.

Despite AJWS’s experience, Repair the World’s major backer continues to see Jewish service learning as an area of growth.

“We actually look at Jewish service on the incline,” said Lisa Eisen, national director of the Schusterman Family Foundation. “We see a growing demand for it, and actually it being more intricately and deeply interwoven into all the activities of local communities, of youth groups, of travel programs, of JCCs, preschools.”

Eisner, who spoke to the Forward during his second week on the job at Repair the World, said that the fact that AJWS and Bend the Arc were cutting their programs didn’t mean that the entire field of Jewish service learning was shrinking.

“I could see somebody deciding that big expensive trips outside the country with college students might not be the best model for their organization to do engagement, but that’s hardly giving up on Jewish service learning,” Eisner said.

A graduate of an Orthodox yeshiva high school, Eisner has never before held a staff position at a Jewish organization, but he said that he knows the arena well. “I’ve been working alongside and with lots of players in the Jewish community for some time,” he said.

Repair the World is undertaking a strategic planning process that will be complete by April. Eisner said that he sees the organization growing in the coming years.

“What you’re going to see us doing is making several core commitments that are going to be about engaging thousands of young Jewish adults in service in a way that moves toward making tikkun olam an important piece of their Jewish identity,” Eisner said.