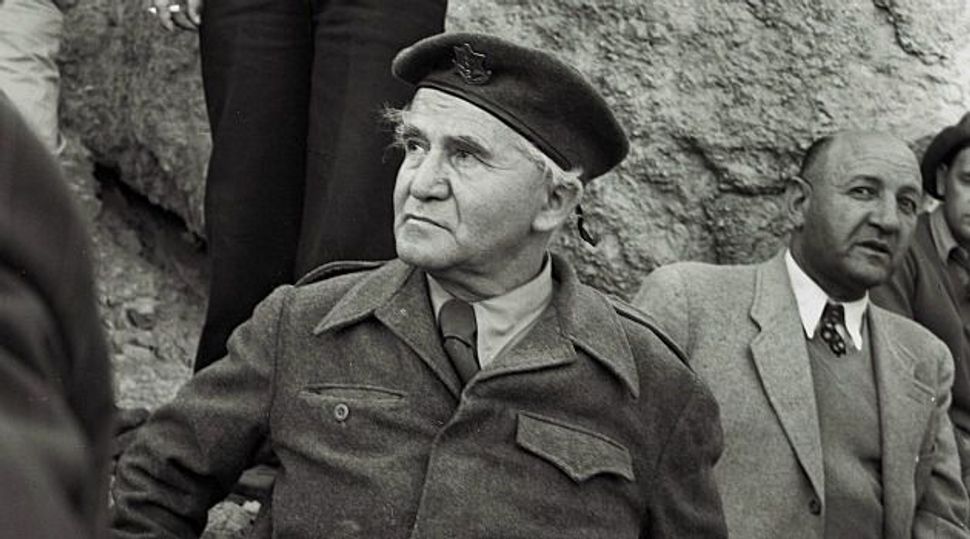 Two of the biggest Yiddish theaters in New York have been shut down because of a strike. Both David Kessler’s and Jacob Adler and Thomashevsky’s theaters on Second Avenue were forced to close their doors — on account of a new Yiddish theater in Harlem, on 116th Street and Third Avenue. It seems that the stage carpenters brought in to work on the theater are nonunion scabs and, according to Mike Kelley, the walking delegate of the stage carpenters union, they were brought in by the theater’s owners, who happen to be the same Kessler, Adler and Thomashevsky, and their partners, Joseph Edelstein and Max Wilner. They denied the allegation, saying that the theater belongs to Edelstein’s son and that they have nothing to do with it. In the meantime, until someone fesses up, there will be no Yiddish theater.

Forty-seven-year-old Morris Lerner of Alabama Avenue in Brooklyn was out of work, but he came upon what seemed like a clever idea to make some money. He approached Brooklyn grocery store owners Herman Lieber and Leon Simon and told them: “I’m a big man in the collections business. If you’ve let people buy on account and they haven’t paid back, I can collect for you.”

Seemed like a good deal, and they had to pay him only a small commission. Lieber and Simon handed over a couple of old bills, one for $14 and the other for $21.

Lerner said: “No problem — you don’t have to worry. I’ll write you checks for the money, just in case you think I can’t collect.” With that, Lerner left, never to return. But what did come back were his checks, which were no good. They found Lerner a few weeks later and had him arrested.

A motion to abolish military rule in areas populated by Arabs was just barely defeated in Israel’s parliament. The vote was 57–58. Israel’s left-wing parties submitted five different bills calling for the abolition of military rule.

Prime Minister David Ben-Gurion, however, said that Israel’s unique military situation demanded military rule. He added that no other country in the world was bordered by states that continually incite against it in the press and on the radio. The only areas of the country that were not engaged by this issue were the Arab ones. In the cities of Jerusalem and Tel Aviv, students were holding raucous demonstrations.