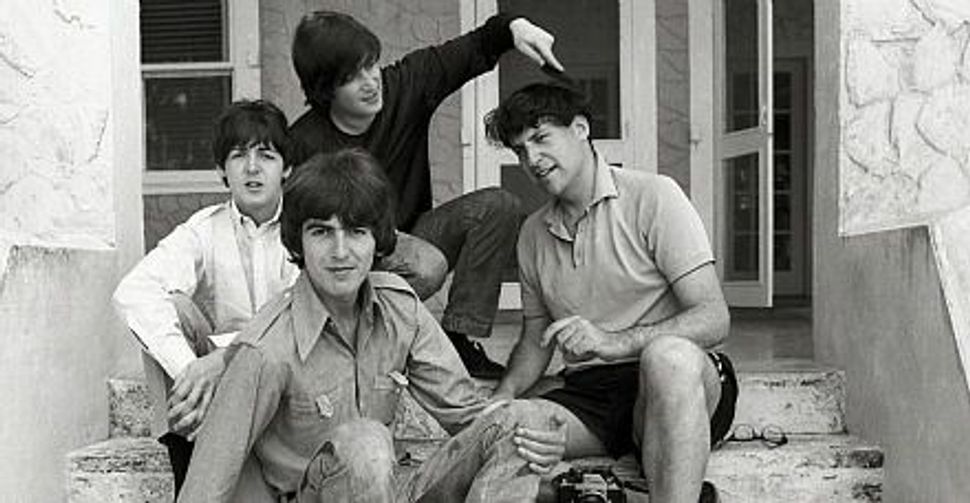 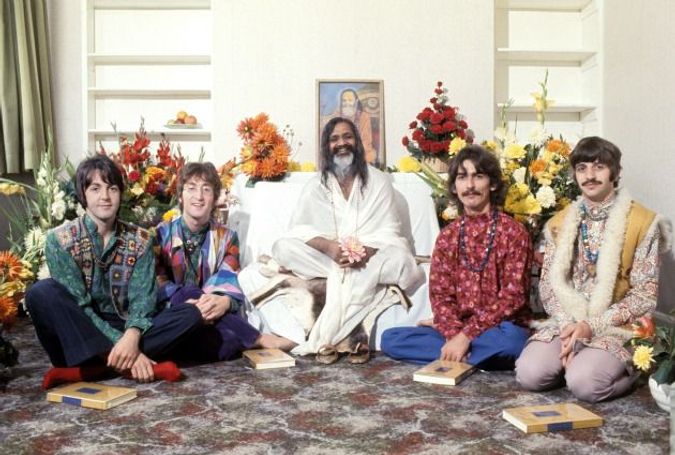 Places He Remembers: Grossman captured this image of the Beatles with the Maharishi, their spiritual advisor. Image by © 2012 Henry Grossman

Henry Grossman wasn’t a fan of the Beatles when he first started photographing them in 1964, but he would become intimately familiar with the group, snapping thousands of photographs of the Fab Four over the next five years. More than 1,000 of these photos have been collected in his new limited edition book, “Places I Remember: My Time With the Beatles.” There are just 1,200 copies in print, and they retail at a whopping $495 a pop. The foreword is written by none other than Paul McCartney.

Grossman’s repertoire, however, goes far beyond pop music. His subjects included some of the biggest names of the ’60s, from politicians (David Ben-Gurion and John F. Kennedy, to name two) to writers (e.e. cummings and Robert Graves) to actors (Elizabeth Taylor and Richard Burton — at their wedding).

Grossman, 76, comes from a family of artists. His father, Elias Grossman, did etchings of Einstein and Gandhi and his depiction of the Western Wall earned him a prize from the Library of Congress. Many of his works were published in the Forward. “So,” the younger Grossman said, “I’m very familiar with the Forward.”

Grossman spoke with the Forward’s Curt Schleier about photographing the Beatles and about the time that Kirk Douglas teased him for working on Yom Kippur.

Curt Schleier: You first met the Beatles when you were assigned to photograph their initial appearance on “The Ed Sullivan Show.” Were you familiar with the group at the time?

Henry Grossman: No. I only knew that they were famous. I wasn’t listening to their music at all. I’m a classical music lover. Opera and some Broadway were my forte. I didn’t care for rock music. I heard them on the show, and I enjoyed the music. I didn’t quite understand it. I loved the fact that people were screaming and taking up photogenic postures.

You received additional assignments to photograph them, in the Bahamas and in Austria, where they were filming “Help.” Somehow, over that period your relationship with them seemed to go from professional to personal. How did that happen?

It was probably a matter of personality. I love people. I’m curious. I liked them a lot. I was learning from them. I was having fun with them. When we were in Austria, George said, “When we get back to London, can you take pictures of [my wife], Pattie [Boyd,] and me?” Later we visited John. I wasn’t seizing the moment to pose them in funny ways; I was just around them. I was like a fly on the wall. I was there at a lot of important moments. I was with them the day [their manager], Brian Epstein, died.

Have you built a similar rapport with other subjects?

I spent two weeks in California, photographing Carol Burnett. When I left, she said, “When you come out here again, call me and we’ll have dinner.” I didn’t call her when I came back, because I didn’t think she meant it. I saw her again in New York, and I went over and asked if she remembered me. She said, “Yes, and I know you were in Los Angeles and didn’t call me.”

Did the fact that you were Jewish ever come up in your relationship with the Beatles?

The Beatles did explore religion, though, particularly Indian religions. Think of their relationship with the Maharishi, who became their spiritual adviser.

An interesting thing. I was in London once and went to George’s house, and there was this unusual instrument on the wall. I asked him what it was, and he took it down and said, “It’s a sitar. But I can’t find anyone in London who can teach me how to play it.” I told him, “You can afford to bring the best sitar player in the world to London to teach you.” Next time I see him, he greets me at the door barefoot and he looks at me and says, “Look what you started.” He’d gone to India to study [sitar] with Ravi Shankar, and that’s when he became interested in Indian culture.

On the subject of culture, can you tell me a little about your Jewish upbringing?

I grew up in New York, and my Jewish upbringing was going to shul with my father. I went to Hebrew school and I was a bar mitzvah in Philadelphia, where my uncle was a rabbi. I’m Jewish by culture. I know who I am. I know who my landsmen are.

Has your Jewish background affected your work?

[Chuckles] I’m laughing because there is one very obvious incident. After he resigned as vice president, I was in a taxi with Vice President [Spiro] Agnew. I was with a reporter, and we were going from a TV studio to his suite at the Waldorf-Astoria. He asked me if I play golf, and I said “No, Mr. Vice President.” He said, “Next time you come to Washington, we’ll play.” When we got to his suite, where I was going to take his portrait, I’m looking for my Rembrandt lighting, which is good for portraits, when the reporter asked him if he really believed in a Zionist conspiracy. When he said, “Yes, I do believe that,” I quietly put away the Rembrandts and put down low lighting and shot the rest of the portraits with what I call “evil lights.”

[In another instance] I was the official photographer for the Broadway play “One Flew Over the Cuckoo’s Nest” I was taking pictures of the star, Kirk Douglas, and didn’t realize it was Yom Kippur. He looked at me and said, “What’s a nice Jewish boy like you taking pictures today?” When I realized what day it was, I shot back, “What’s a nice Jewish boy like you doing working on Yom Kippur?”

Visit Henry Grossman at <www.henrygrossman.com> or at <www.rockpaperphoto.com>. “Places I Remember” is available at <www.curvebender.com>.