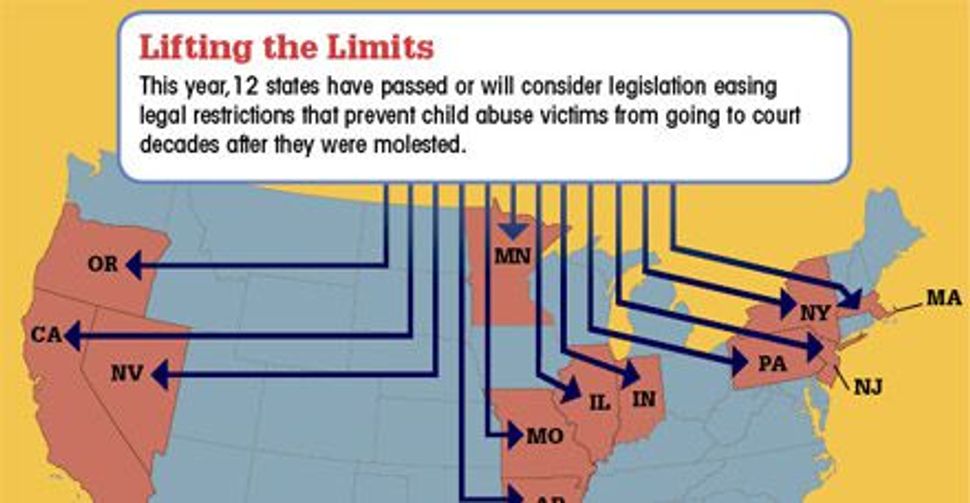 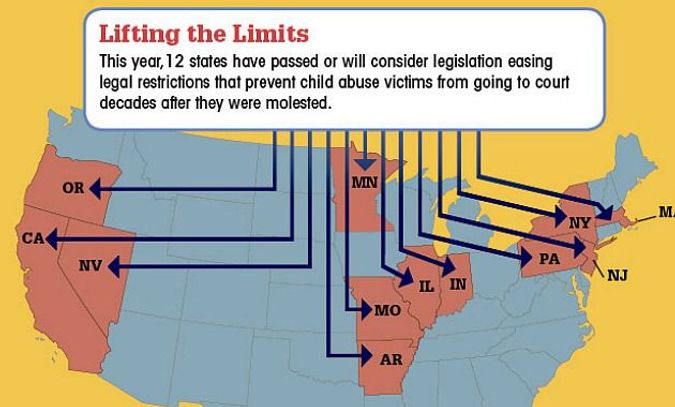 Adults abused as children decades ago in New York could file civil lawsuits against their abusers and the institutions that employed them, if a national surge of legislative reform reaches Albany.

Advocates for child sex abuse victims say that this year, the prospects look good for a bill that sank four times previously following strong opposition from Catholic and ultra-Orthodox groups. If passed, the legislation could ease the way for a slew of lawsuits against Jewish and Catholic institutions accused of failing to report accounts of child sex abuse to law enforcement authorities. 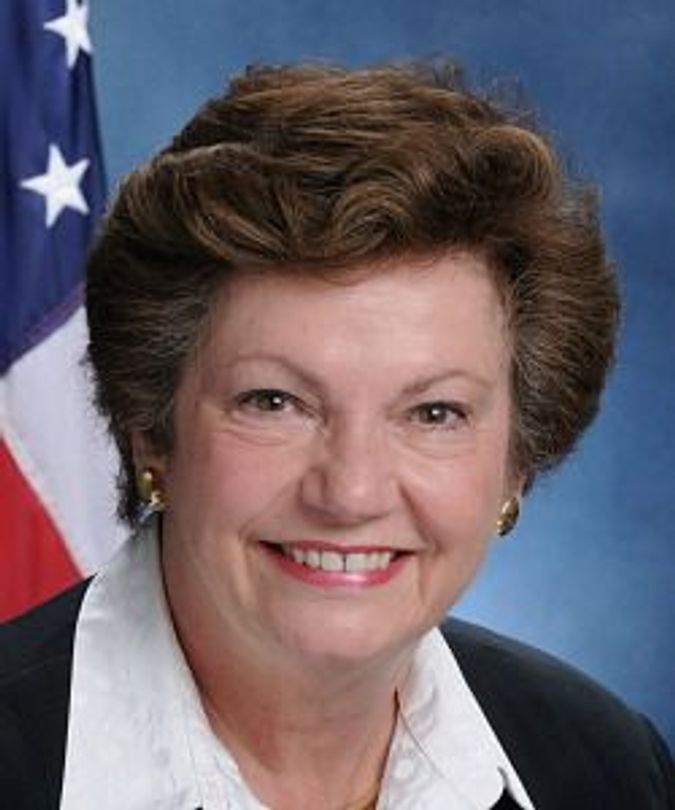 “I’ve never been more optimistic we can succeed in 2013,” the bill’s sponsor, Assemblywoman Margaret Markey, said.

Yeshiva University may also be casting a wary eye toward Albany as it continues to investigate a scandal involving abuse allegations first reported by the Forward and dating back four decades.

Read the Forward’s COMPLETE COVERAGE of the allegations of abuse against staffers at Yeshiva U. high school.

The bill, known as the Child Victims Act, still faces a real test in the state senate where a key Democrat, Jeffrey Klein, indicated he would not support it.

But, Markey said, the success of similar legislation in other states as well as a wave of similar bills being considered across the country this year gave her hope.

The statute of limitations sets a time limit within which victims of abuse must file civil claims against their alleged abusers or within which prosecutors must seek indictments against alleged perpetrators. The statute for civil and criminal charges varies state by state. In New York, those who claim they were abused as children must file a civil claim before their 23rd birthday. But many experts on child sexual abuse say it can take far longer than that for victims of such abuse to understand and confront what was done to them, and then resolve to go to court for redress, which can exacerbate already existing trauma.

This year, a dozen states are considering — or have already passed — legislation that extends or lifts time limits for abuse victims to file civil suits against individuals or institutions culpable for their abuse, or for prosecutors to pursue criminal cases. The legislation covers only sexual abuse cases occurring from the present day onwards, so some states are also considering bills that would open up a brief window for retroactive claims.

“This is the most activity ever,” said Marci Hamilton, chair of public law at Y.U.’s Benjamin N. Cardozo School of Law and one of the nation’s leading advocates for ending the statute of limitations on abuse crimes. Hamilton said that increased publicity about child abuse and about the legal hurdles that victims face as adults when they try to file complaints has garnered enormous support. “So many victims never get justice,” Hamilton said, noting that it “really moved legislators to consider enacting these kinds of laws.”

Hamilton is among more than a dozen specialists who will testify at a public hearing being held by the New York State Assembly’s Codes Committee, in Manhattan, on March 8. Prosecutors, lawyers and advocates who have experience in child sexual abuse cases are also expected to appear. They include individuals who were involved with recent abuse scandals in institutions such as New York’s Poly Prep Country Day School and the Horace Mann School.

Hamilton is one of two Y.U. employees who will appear at the hearing. Since December of last year, more than 20 former students who attended the university’s Manhattan high school for boys have told the Forward that they were abused by two of the school’s staff members over a period ranging from the late 1970s to the early ’90s. Several said that they or their families alerted Y.U. officials but got no response. Y.U. has commissioned a prominent law firm to conduct an investigation into the allegations.

Neither Hamilton nor Rabbi Yosef Blau, the other Y.U. staff member who will speak at the public hearing, said they would deliver testimony directly related to — or defending — Y.U. Nevertheless, Hamilton, the author of a recent book calling for the abolition of the statute of limitations, said she had made her position clear to her employers.

“The cover-up of child sex abuse in any institution is a cancer,” Hamilton said. “And unless you cut it out and get the authorities involved, and make good for all that you did wrong, it will haunt you. And so it’s better for my institution that they be made accountable and they are accountable than to let it fester.” Blau said he intended to testify about his personal experiences dealing with abuse that occurred decades ago.

Blau was one of three rabbis who served on a religious court that, during the late 1980s, largely absolved an Orthodox Union youth leader, Baruch Lanner, of abuse allegations. Blau said the rabbis set a limit of 10 years from any incident for victims to testify against Lanner, which prevented many people from coming forward. Lanner was allowed to continue working with children and was convicted, in 2002, of sexually abusing two girls.

Blau, a spiritual adviser at Y.U. since the late 1970s, said that many victims take decades to come forward, finding the courage to speak out only after they have been in therapy, or once they have the support of a spouse. “It is clear to me that the statute of limitations… eliminates a large number… of people who cannot come forward [earlier],” Blau said.

He added: “I’ve been involved in this issue for a long period of time, and I certainly don’t think I should stop being involved because there’s a problem now at Yeshiva [University].”

A spokesman for Y.U. declined to comment on the institution’s view of the Child Victims Act. But, he added, “Yeshiva University faculty have the academic freedom to teach, discuss, research, publish or pursue any topics as they see fit.”

The New York State legislation was introduced by Markey, a Queens Democrat, last fall. Earlier versions of the bill have passed the state assembly four times, only to meet staunch opposition in the Republican-controlled Senate, where they have been blocked from coming to the floor for a vote.

Last year, following a tightly contested election, Republicans were able to cling to control of the Senate only by forming a pact with a handful of Democrats. One of those Democrats, Jeffrey Klein, supports extending the statute of limitations but only for criminal charges.

“I don’t believe that exposing religious institutions to open-ended, never ending, and potentially devastating civil liability is a smart approach,” Klein said. “Instead, I think we should give victims a better opportunity to pursue criminal charges against the individuals who commit these crimes.”

Evan Stavisky, a partner at the political consulting firm The Parkside Group, said that the Senate now passes relatively few items of controversial legislation, because of the political instability of its current, closely divided membership. Stavisky noted that the Senate passed gun control legislation in January and that, in the coming months, it is set to weigh reproductive health and minimum-wage legislation. “But certainly there is great support [for the Child Victims Act], so you can’t rule it dead until the session is over,” Stavisky said.

The bill’s chances would improve dramatically if New York State Governor Andrew Cuomo were to throw his support behind it. A spokesman for Cuomo did not respond to a call for comment.

Like its earlier versions, the Child Victims Act proposes a one-year window for victims to bring retroactive claims of abuse. Although previous versions of the act extended the statute of limitations by only five years the current version abolishes the statute entirely.

A spokesman for Markey, Mike Armstrong, said the assemblywoman was emboldened to push for abolition of the statute because opposition to the bill appears to have lost momentum. Armstrong said the perception that the act targets organized religion has been weakened by recent prosecutions related to abuse scandals at secular universities and schools, and in organizations like the Boy Scouts of America.

In past years, the New York State Catholic Conference has lobbied hard against the act, bolstered by Agudath Israel of America, an ultra-Orthodox umbrella organization. But the Catholic Church itself has faced blows to its reputation as scandals continue over its failure to confront sexual abuse of children by Catholic clergy during past decades.

A spokesman for the Agudah declined to comment on the latest version of the act. In an interview with the Forward last November, Rabbi David Zwiebel, the Agudah’s executive vice president, said his organization supported criminal and possibly civil prosecution of individuals. But the group strongly opposed any legislation that opened up institutions to lawsuits because of the acts of an employee.

“That’s where you are talking about the potential of really destroying some very, very precious assets, which are our schools and shuls,” Zwiebel said.

Hamilton is set to testify before the committee that such claims are “irresponsible.”

In a copy of her testimony, provided to the Forward ahead of the hearing, Hamilton said civil litigation in the United States has led to only two bankruptcies, both voluntary and intended “to protect assets and avoid trials that would have revealed the Roman Catholic bishop’s secrets regarding their role in endangering children.”

In her book, “Justice Denied,” Hamilton said there “should be no arbitrary and rigid time frame that permits the multimillionaire parent or wealthy institution that fostered the sex abuse to believe their assets are wholly protected from the victims they destroyed.

“Certainly, no perpetrator or institution that aided that perpetrator should be secure in the knowledge that jail time and fines are beyond the survivor’s reach.”