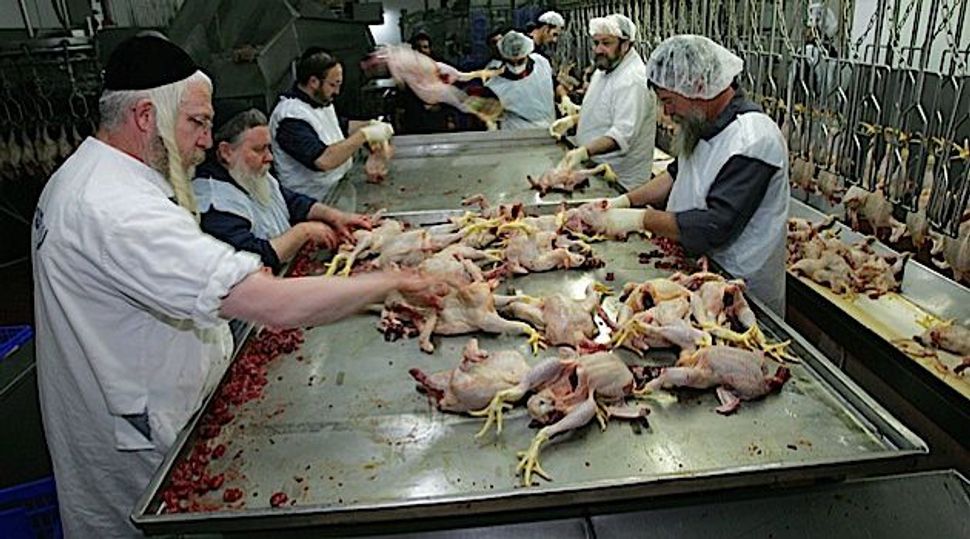 London may be facing a Passover without chicken soup.

The city’s ultra-Orthodox kosher supervision authority announced March 7 that nearly all of the chickens slaughtered under their supervision in recent weeks were found to be unkosher.

In its statement, the Kashrus Committee of the Union of Orthodox Hebrew Congregations said that the 80% of slaughtered chickens had broken leg tendons, which makes them unfit for kosher consumption.

It’s the same problem that has plagued U.S. kosher chicken plants since the summer of 2012, as the Forward reported March 1. A mutant chicken virus that damages bird’s leg tendons has run rampant in the Pennsylvania chicken population, rendering large portions of those birds unkosher.

The problem appears to be far more acute in the London than it ever was in the United States. Kosher authorities in New York said that the outbreak affected only 25% of slaughtered birds at U.S. kosher poultry plants during the outbreak’s worst point.

“I can’t even imagine the consequences of dealing with such a devastating problem on the eve of Passover,” said Menachem Lubinsky, president and CEO of Lubicom, a U.S.-based Kosher industry consulting firm.

Passover is traditionally a peak time for kosher poultry consumption. Kosher chicken plants run overtime in the weeks leading up to the holiday.

London’s Orthodox Jewish community is already resigned to the possibility of having no chicken this Passover.

“If it’s the will of God, then we won’t have chickens this holiday,” said Rabbi Chaim Feldman, a London rabbi, according to the Israeli ultra-Orthodox news site Behadrey Haredim.

U.S. kosher officials say they have contained the virus here, both by vaccinating breeder chickens and by testing chicken flocks for the virus before they are brought to the plant.

London’s Union of Orthodox Hebrew Congregations did not immediately respond to a request for comment.