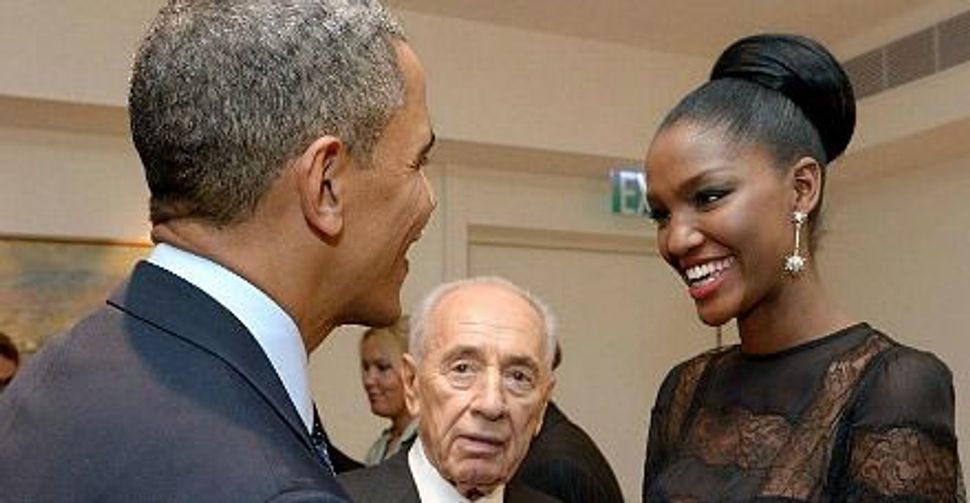 Image by courtesy of shimon peres 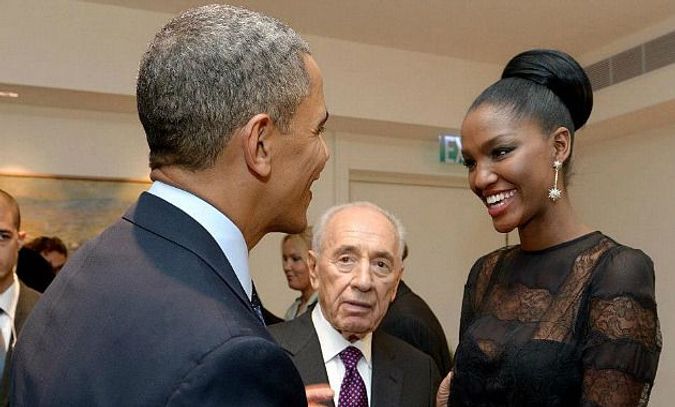 Image by courtesy of shimon peres

“Never in my wildest dreams did I think I would ever meet the president of the United States,” said Titi Aynaw when she received an invitation to the state dinner given in honor of President Obama yesterday in Jerusalem.

Not only did the recently crowned Miss Israel 2013 (and the first Ethiopian Israeli to bear the title) meet Obama, but she also stole the show at the formal event held at President Shimon Peres’ official residence. According to a Ynet report, all eyes were on her as she mingled among the other guests in an elegant black lace dress and high-heeled shoes that added another 5 inches to her 5’11 ½ ” height. 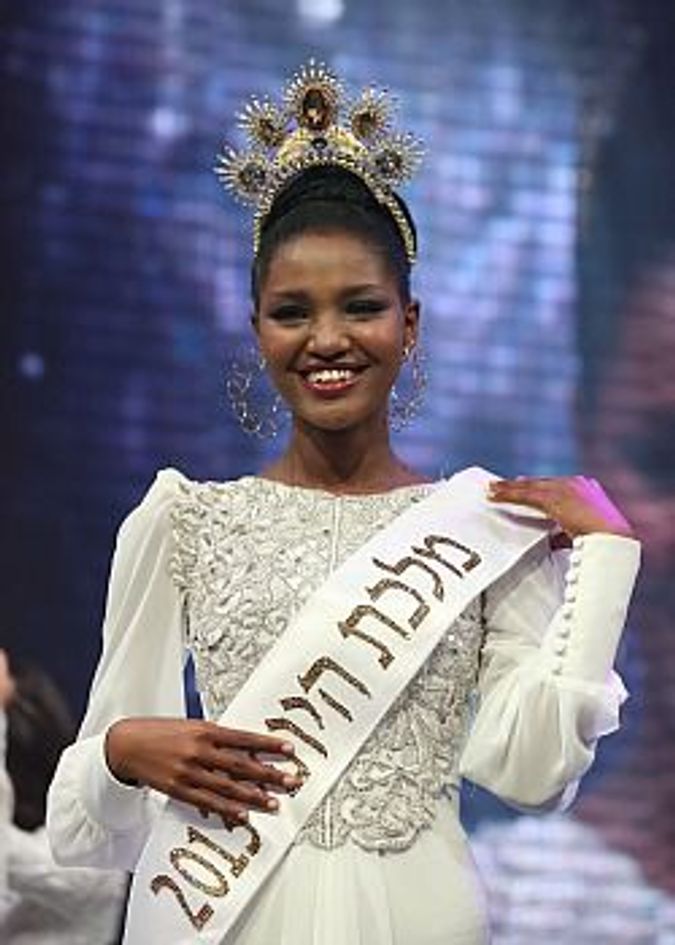 Peres had the pleasure of introducing Aynaw to the president. “President Peres is an amazing man,” she said. “It was a great honor to be at a dinner at his residence, and he introduced me to President Obama in the most honorable and exciting way. I’ll never forget it.”

“She’s our queen,” Peres said as he introduced her. “In our Jewish tradition, we have already had an Ethiopian queen. [Titi] is our modern Queen of Sheba.”

Obama responded by saying to Aynaw, “You are very beautiful. Michelle would be very happy to be your height.” The high heels must have thrown the president’s estimation of Aynaw’s height off, because the First Lady is merely half an inch shorter than the beauty queen.

“He’s an exciting man, a world class hunk, charming and an outstanding gentleman,” is how Aynaw described the president, whom she had previously said was a role model and hero for her.

“This has been an unforgettable evening. I can’t believe that I was here, and that it is already over. Israel’s president introduced me to the American president, and they both complimented me. I can’t tell you how exciting this has all been,” she said as she went off to be interviewed by CNN’s Wolf Blitzer. 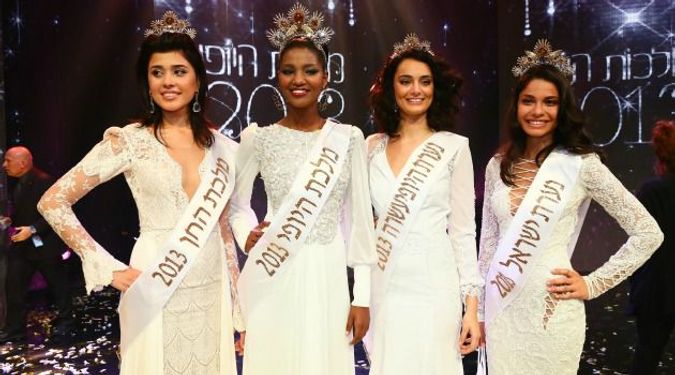 Trailblazer: Titi Aynaw at the Miss Israel pageant with other finalists. She is the first black woman to win the competition.