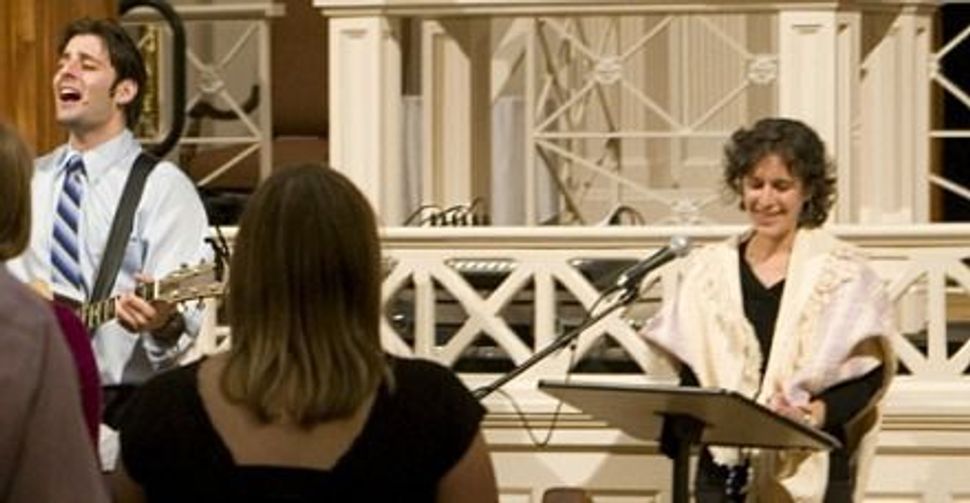 Image by courtesy of rrc 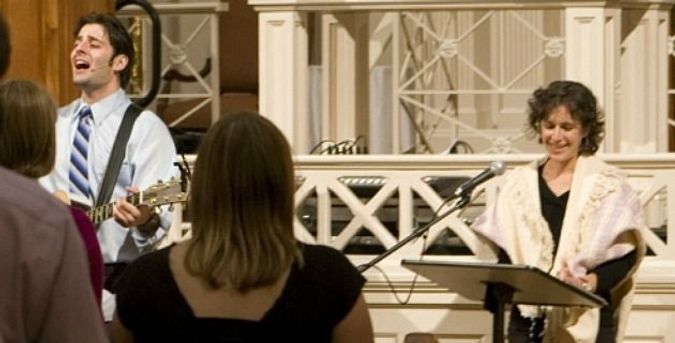 At a Crossroads: Reconstructionist Judaism has recently revamped its institutions in a bid for long-term sustainability. So why is its top leader leaving the fold? Image by courtesy of rrc

Reconstructionist Judaism is suddenly leaderless, six months into a dramatic effort to save the movement through a reorganization of its key institutions.

In the sweeping membership crisis that has rocked North America’s non-Orthodox Jewish denominations in the past decade, perhaps no denomination has faced greater peril than the Reconstructionists.

During its half century of existence, Reconstuctionism and its ideas have deeply influenced the three other, larger streams of Judaism in ways both profound and subtle. Yet ideological influence doesn’t pay the bills. Reconstructionism itself, a movement of just over 100 congregations, doesn’t have many members to lose, or many dollars to waste. So while the institutions of the Reform and Conservative movements have shaved staff to stay afloat, the Reconstructionists took a more radical step, merging its seminary with its congregational arm. 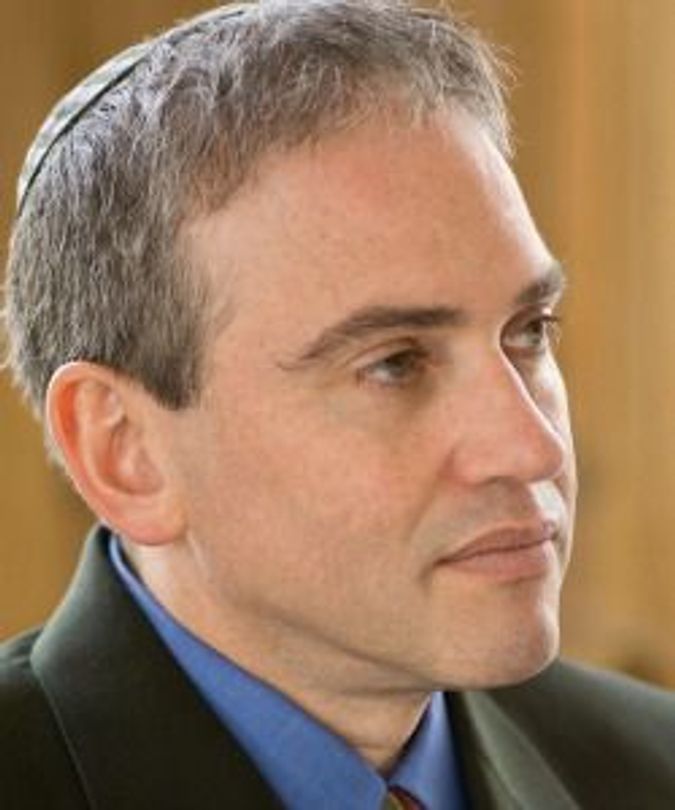 Leaving: Dan Ehrenkrantz announced his abrupt departure from the RRC. Image by Courtesy of rrc

The ink on that agreement is hardly dry. The legal papers to make it official have yet to go through. So it came as a shock when the leader of the newly unified movement, Reconstructionist Rabbinical College president Rabbi Dan Ehrenkrantz, announced in late February that he was leaving his job.

There’s no indication that Ehrenkrantz’s decision to leave was anyone’s but his own. Ehrenkrantz had been involved in a dispute over a personnel matter with an RRC professor, though a spokesman for the RRC and other insiders denied the dispute had anything to do with his departure.

But even unforced, Ehrenkrantz’s surprise resignation leaves the movement in an uncertain spot. After pushing the two organizations into the merger, with its inevitable rough edges, Ehrenkrantz isn’t sticking around to see how it ends. And it’s still far from clear whether the institutional reorganization will be enough to rescue the movement.

“I was shocked that Dan resigned sort of abruptly… None of us expected it,” said Rabbi Brant Rosen, spiritual leader of the Jewish Reconstructionist Congregation, a large synagogue in Evanston, Ill.

One prominent lay leader in the movement, who spoke on condition of anonymity because he was not authorized to speak publicly on behalf of the movement, termed Ehrenkrantz’s departure at this juncture, “really odd… given that he was setting the strategic direction” of the merger.

Ehrenkrantz, who will stay on until his successor is chosen, has led the RRC since 2002. He was previously a congregational rabbi. Ehrenkrantz was traveling to a convention of Reconstructionist rabbis and unavailable to speak with the Forward for this story. In response to written questions, he defended his decision to resign.

“[W]e are at an excellent point for a change in leadership,” Ehrenkrantz wrote. “The movement has successfully restructured. The foundation has been laid, and a new leadership will be able to build on it.”

Reconstructionism didn’t fully establish itself as an independent Jewish denomination until the late 1960s with the founding of the RRC, at a moment when the Conservative and Reform movements were booming across America. The movement is based on the ideas of Rabbi Mordecai Kaplan, a professor at the Conservative movement’s Jewish Theological Seminary who died in 1983. The movement grew slowly. Its thought, however — which understands Judaism as a religious civilization with secular attributes beyond religion itself — has had deep impact across the Jewish spectrum.

The first bat mitzvah in history, for example, was of Kaplan’s own daughter, Judith, in 1922, with Kaplan serving as rabbi for the ceremony. Traditionalists at the time denounced Kaplan furiously. Today, bat mitzvahs for girls are a commonplace even in Modern Orthodox congregations.

The Reconstructionists were the first to allow openly gay rabbinical candidates to attend their seminary. The Reconstructionist movement was at the forefront of ordaining women, as well — it ordained its first female rabbi in 1972, two years after the Reform movement and more than a decade before the Conservative movement. Today, even many Modern Orthodox congregations have greatly expanded the roles open to women.

Even more significantly, it was Kaplan who, through his writings, strongly pushed the concept of Jewish peoplehood — encompassing diverse aspects of Jewish life beyond religion — that is now central to much of Jewish institutional life. Jewish community centers and other cultural institutions owe their ideological framework to Reconstructionism.

Despite this movement’s outsized influence, Reconstructionism has remained tiny as an organized entity. The 106 affiliated Reconstructionist congregations have an estimated 65,000 members; its rabbinical association has 325 members, and its seminary has 20 faculty members and 53 students.

That’s small potatoes compared to the Reform, Conservative and Orthodox denominations. Today, its small size leaves the Reconstructionist movement even more vulnerable than the others to the shrinking membership rolls plaguing all non-Orthodox movements.

The Reform movement, for example, lost 42,000 members in New York’s five boroughs, suburban Westchester and Long Island between 2002 and 2011, according to a recent demographic survey of New York’s Jewish community—but that still left it with 303,000 members in 2011. The Reconstructionists lost 5,000, leaving them with just 14,000 members in that area.

Before last year, all of the non-Orthodox Jewish denominations in North America had a roughly similar national structure. Each had an umbrella organization for congregations, a central rabbinical seminary, and a rabbinical association.

The congregational arms of the Conservative and Reform movements have faced crises of their own in recent years as disgruntled groups of powerful rabbis in each movement have rebelled against the management of the congregational umbrellas.

The Reconstructionists have avoided such internal splits. But insiders say that the Jewish Reconstructionist Federation, the movement’s congregational arm, was badly damaged and short on funds by 2011, when merger talks began.

“It was clear to me that JRF was not doing a good enough job at helping grow the congregational side of the movement,” said Rosen, the Evanston Reconstructionist rabbi.

The RRC, meanwhile, was seen as well-managed and efficient. It also had money in the bank. Just prior to the 2008 crash, Ehrenkrantz had led a successful fundraising campaign that served to shore up the institution, drawing $50 million in donations. That let the RRC ride out the recession in relative comfort. It also made it possible for the school to effectively take in the JRF, with its mounting financial crisis.

The RRC’s board approved a merger with the JRF in February 2011. Ehrenkrantz, the head of the RRC, would lead the newly merged institution. Negotiations and various layers of approval meant that the final reorganization was not fully approved by both organizations until June 2012.

According to RRC spokeswoman Eileen Fisher, the merger still isn’t technically complete. “There is no formal merger yet,” Fisher wrote in an email, saying that some technical steps remained.

“Its kind of in its embryonic stage right now,” said Rabbi Marc J. Margolius, spiritual leader of West End Synagogue, a Reconstructionist congregation in Manhattan, of the merger. “Since it’s never been done, it’s going to take a little bit of time to see how the experiment plays out.”

That might seem to make Ehrenkrantz’s departure all the more perilous. But Rabbi David Teutsch, who leads the RRC’s Center for Jewish Ethics and was Ehrenkrantz’s predecessor as president of the RRC, is unconcerned.

“The merger has gone well,” he told the Forward. “The processes that are taking place this late in the game are mostly about fine-tuning.”

Some observers say that one key test will come next year, when the movement implements Ehrenkrantz’s radical plan for transforming how congregations pay dues to affiliate with it.

Until now, the national congregational groups of all the Jewish denominational streams required their affiliated congregations to pay a fixed annual fee. This has become a point of tension in several of the movements. As the congregations’ cash flows have tightened, large outlays to distant national bodies have become harder for synagogue rabbis and managers to justify.

“In my congregation there has been concern that we’re paying a significant amount of our operating expenses for dues to a movement and it’s not clear what we’re getting in return,” said Rosen.

Ehrenkrantz announced in the summer of 2012 that congregations could choose how much to pay to the Reconstructionist movement. Synagogues can give at one of three levels, and in return will get specific services.

The movement’s 25 largest congregations weren’t allowed to choose to give at a lower level during the first year of the new dues structure. It remains to be seen whether they will elect to drop to a lower level of membership when given the chance, slashing their outlay to the national movement and cutting its income.

“If you produce lots of rabbis and if they’re rabbis of quality, other movements and other arms of the Jewish community will want them, and, well, that’s great for American Judaism,” said Rabbi Arnie Rachlis, spiritual leader of University Synagogue, a Reconstructionist congregation in Irvine, Calif. “But if you don’t have a movement that has lots of job opportunities as a rabbi in pulpit… the reality is the movement won’t grow.”

It will be up to whoever succeeds Ehrenkrantz to satisfy concerns of rabbis like Rachlis. Picking that successor, who will now head both the seminary and congregational arms, will be a particularly complex challenge for the search committee that has been formed for this purpose.

“It’s a challenge,” said Rabbi Jacob Staub, an RRC professor. “You definitely need someone who’s aware of movement stuff, who’s been a congregational rabbi, who’s out there in some way, knows how to bring the word to the people, and who… needs to understand the academic enterprise.”