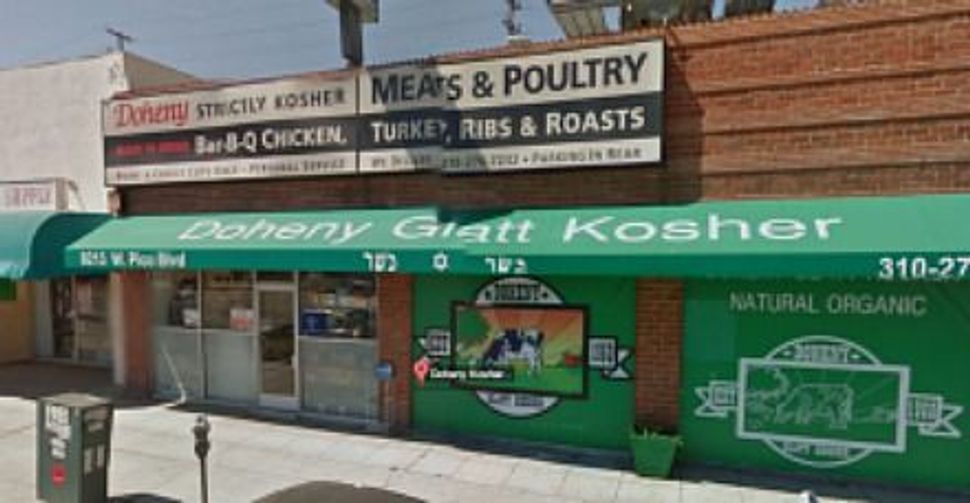 Less than a day before the start of Passover, the phone rang at the Brooklyn home of Rabbi Yisroel Belsky. On the line were concerned members of the Rabbinical Council of California, a rabbinical association in Los Angeles that provides kosher certification, among other services. 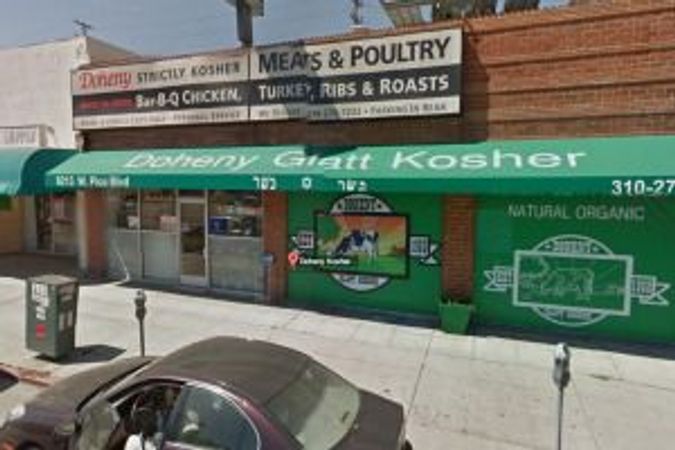 The RCC had just discovered that Mike Engelman, the owner of Doheny Glatt Kosher Meats, had smuggled uncertified meat into his store, and the West Coast rabbis needed the guidance of their East Coast colleague.

“It was obvious to all of us that we needed an unbiased decision from an expert outside the community, with vast knowledge and experience, to give an authoritative decision that the members of this community would rely upon,” Rabbi Avrohom Union, the rabbinic administrator of the RCC, told JTA in an email.

Belsky, a well-respected arbiter of religious law, had a big decision on his plate. If he determined that all the meat was tainted, observant Angelenos might be forced to toss all the foods they prepared for Passover, which started on the evening of March 25.

“People would have been served salad on Passover night,” said Rabbi Meyer May, the RCC president.

After weighing the information, Belsky made a ruling: All meat sold prior to March 24, the day news of the alleged transgressions came to light, was kosher – even though a small portion was not properly certified. Passover was saved – barely.

Kosher violations like this are rare but not unheard of. News emerges occasionally that a trusted vendor has sold clients food products that either intentionally or unintentionally did not comply with the strict dietary stipulations of Jewish law.

Police in London in 1928 had to prevent an angry mob from storming a cafe that sold unkosher meat as kosher. In 1986, a court fined Rachleff Kosher Provisions in Brooklyn more than $1 million for selling thousands of pounds of non-kosher tongue and brisket. In 2006, in one of the worst violations in recent memory, Shevach Meats, a supermarket in the largely Orthodox community of Monsey, N.Y., was discovered to have intentionally sold non-kosher items to its unsuspecting clientele.

Some rabbis in Monsey and nearby Spring Valley – though not all – told followers they had to rekosherize their kitchens, an arduous process that involves boiling pots and pans and passing utensils over an open flame. Some kitchenware that comes into contact with unkosher food is considered irredeemable and must be thrown out.

“It was extremely shocking because many, many people really viewed this grocery as the most reliable place to get your chicken,” said Rikki Davidson, a 28-year-old homemaker who lived in Monsey at the time. “All the caterers purchased chicken from him.” What exactly happened at Doheny Market in Los Angeles is still unclear. One day in early March, Engelman was caught on videotape directing his employees to unload boxes of meat from his car while the market’s kosher supervisor was absent. Engelman reportedly claimed the meat wasn’t unkosher, just not glatt – a higher kosher standard. But the meat was labeled as glatt.

On March 24, the RCC revoked the shop’s kosher certification. The U.S. Department of Agriculture has launched an investigation. And on Sunday, the store was sold to businessman Shlomo Rechnitz, Belsky’s son-in-law, who vowed to ensure it strictly complied with dietary laws.

For the untold numbers who bought meat from Engelman, the scandal constituted a profound betrayal of trust.

“I’d say hello to Engelman if I saw him on the street, but I would not invite him to dinner,” said May, who also is the executive director of the Simon Wiesenthal Center. “I don’t have people I don’t trust in my life.”

Avrom Pollak, the president of Star K, a kosher certifier in Baltimore, said his outfit frequently dealt with clients who tried to cut corners. His supervisors recently caught a caterer trying to sell non-kosher turkey to clients.

“The rabbi remembered the kosher butchers in the area don’t kill turkeys that size,” Pollak said. “We asked to see the invoices and saw the top was torn off, so the name was not available.”

Rabbi Menachem Genack, the CEO of the Orthodox Union’s Kosher Division, the largest kosher certifier in the world, said his organization was looking at new technology to help uphold dietary regulations.

“Over the last few months we’ve been talking to people about whether products at slaughterhouses can be given a unique label,” he said. “There is a specific scanner that will be able to check each number assigned to each piece of meat.”

The RCC said Doheny Market will reopen with new management and increased scrutiny over the next couple of days. But May cautioned that errors can occur even with the best practices in place.

“Greed exists in the world, so you always have the potential for it, and anyone can circumvent the system and make a little bit of money,” he said. “The system was very good and exceeded the national standard. But we had a human failure.”