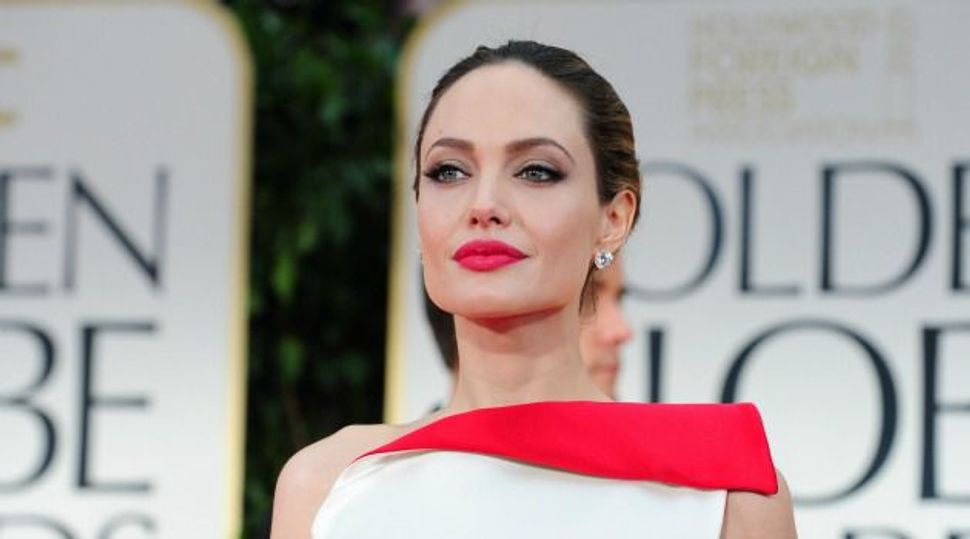 Joanna Rudnick was sitting in bed recovering from undergoing a double mastectomy when she read that Angelina Jolie had undergone the exact same procedure.

The Hollywood superstar shocked the world by revealing that she had decided to have the surgery after testing positive for the BRCA1 gene mutation, which is unusually common among Ashkenazi Jews. 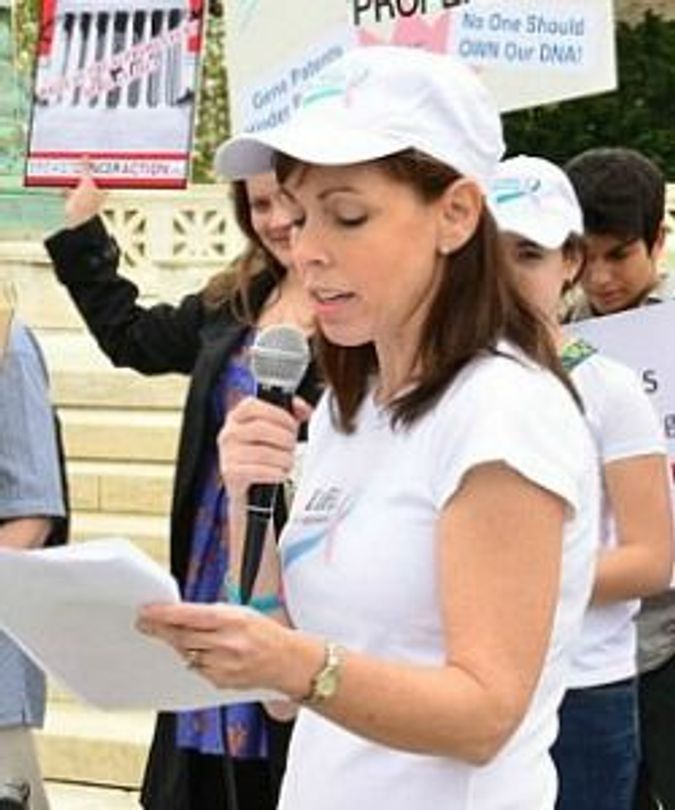 “I had tears in my eyes,” said Rudnick, whose 2008 documentary, “In the Family,” gives an account of her efforts IN dealing with difficult decisions after testing positive for the gene at age 27. “She is going to save so many lives. I’m farklempt.”

Lisa Schlager, an official with FORCE: Facing Our Risk of Cancer Empowered, an organization that seeks to promote awareness of hereditary cancers, agreed.

“We’re excited that she had the guts to come out with it and that she’s sharing about her experience. This is going to bring the issue out of the closet because people don’t want to talk about hereditary cancer,” she said. “Women feel stigmatized when they’re facing these decisions, and Jolie’s outward exposure is going to make it a little more acceptable and raise awareness about this important issue. “

Schlager and Rudnick, like thousands of Jewish women, have a huge stake in the issue. Ashkenazi Jews are much more likely than the general population to carry the BRCA mutation. The wrenching choice faced by 37-year-old Jolie is therefore much more common among Jewish families than it is in other Americans — and her decision to go public could potentially save many Jewish women’s lives.

“Once I knew this was my reality, I decided to be proactive and to minimize the risk as much as I could. I made a decision to have a preventive double mastectomy,” she wrote.

Jolie had kept silent about her three-month-long treatment, which ended in April, until the announcement May 14. She said she hoped being open about her decision would help bring attention to the issue and encourage women to get tested.

“I know what it’s like to be recovering from the very same procedure. It’s not easy,” Rudnick said. “She knows that [by] keeping it silent, she won’t have the same impact.”

After testing positive for the BRCA1 gene, Schlager, 46, underwent preventative ovarian and breast surgery. Like others who have undergone the procedure, she considers herself a cancer “previvor.”

“This is not an easy decision,” Schlager said. “It’s not something that women run out and do willy-nilly, but I think the fact that she’s done it and she’s a beautiful, confident woman makes it a little more acceptable and a little less scary.”

Though she salutes Jolie for sharing her experience, Schlager admitted feeling somewhat bittersweet that it took a celebrity like Jolie to bring the issue to the public consciousness.

“I think it’s a shame that it takes a big public figure like Angelina Jolie to bring attention to a health issue that’s so important, “ she said. “It’s sad, because it always has to take a celebrity coming out to call attention to something that should be a discussion with a woman’s doctor every day.

“That’s just the culture we’re in, and it’s [due to] the evolution of health care issues. We’re still migrating from a time where people didn’t talk about health issues at all to a time where people are becoming more open.” Chani Wiesman, a genetic counselor with Yeshiva University’s Program for Jewish Genetic Health and the Albert Einstein College of Medicine, is also optimistic.

“I see people every day who should have been referred for genetic testing five years ago, and I’m petrified for them,” she said. “It’s fantastic that she wrote it.”

Wiesman added that the Program for Jewish Genetic Health recently launched a campaign promoting awareness of genetic testing and OF breast and ovarian cancer in the Jewish community.

“I’m just grateful that this is something that will get the word out there in a way that the medical community hasn’t been able to,” Wiesman said.

Despite the enthusiastic reaction to Jolie’s statement, some are wary that the publicity might encourage women to make rash decisions about potentially life-altering health choices.

“Unfortunately it might spur some women who aren’t at high risk to look into genetic testing, as well,” Schlager explained.

Rudnick disagreed, saying that the number of women who might be saved by knowing more about their potential risk far outweighs the potential danger.

“I don’t worry that there’s going to be hysteria,” she said. “These diseases are incredibly difficult to fight, and I’m much more worried about the people who aren’t getting the information until it’s too late.”

Jolie’s revelation comes at a crucial time for Jewish cancer victims and advocates.

In April, the Supreme Court heard arguments regarding the validity of Myriad Genetics & Laboratories’ patent on the BRCA1 and BRCA2 genes, a divisive case that has split advocates.

Advocates of gene patenting argue that if pharmaceutical companies don’t have the financial incentive provided by the patent system, research will stagnate. Still others question the very validity of a patent on something that was discovered rather than invented.

The high court is expected to rule on the issue sometime in June, Schlager said.