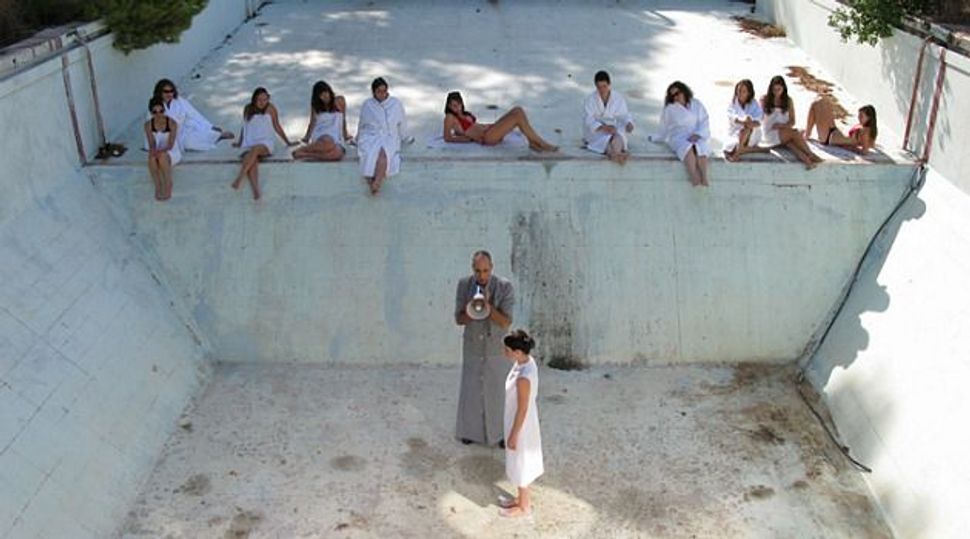 Life in the arts is never easy, especially in a bad economy. For some Jewish artists, it’s about to get a lot harder.

The Six Points Fellowship, a program of the Foundation for Jewish Culture that has given away some $1.26 million to artists over seven years, is shutting down its flagship New York fellowship program after the local Jewish federation decided not to offer it a new grant.

The program’s director, Rebecca Guber, will be leaving her position at the end of May and will be replaced in an interim capacity by Josh Feldman, its Los Angeles-based associate director.

“Six Points was revolutionary to be giving experimental, emerging artists really significant grants. It was the first time in the history of the Jewish community it had ever been done,” Guber said. “Without Six Points in New York and potentially in other places, it could be a huge loss for artists.”

Since 2006 Six Points has supported 30 artists in three “cohorts,” two in New York and one in Los Angeles. Each fellow received at least $40,000 over two years, split between a living stipend and a project grant.

The smaller Los Angeles branch, which has an independent funding stream, will keep running until the end of 2013. Its future after that is uncertain, although leaders hope it can continue indefinitely.

“There’s been a complete proliferation of new startup organizations, and it became very clear to us that very few of them are going anywhere near Israel,” Goldfein said. “That seemed to us like a very solid gap in the field, and so we’re picking that up and looking at that more closely.”

Besides providing financial help, Six Points in New York helped fellows with marketing, budgeting and other business skills. It also helped build a community of artists who were committed to exploring Jewish themes. The most recent New York program was a 65-person artist retreat called “Asylum,” which took place in March.

“It was definitely among the most transformative grants and the most support I’ve ever received as an artist,” said musician and Six Points Fellow Alicia Jo Rabins. “It’s rare to be part of such a great interdisciplinary community of serious artists who have such diverse bodies of work.”

Rabins, a Six Points fellow from 2010 to 2012, used her fellowship to create “an experimental rock opera” called “A Kaddish for Bernie Madoff” that was produced in November 2012 at Joe’s Pub, a performance venue in Manhattan.

“It enabled me to take this huge risk with my career, to do more of a theater project,” Rabins said. “It was the kind of thing that I knew there was no way I could do it without major support. It was a real artistic risk and required resources that I didn’t have.”

Other Six Point fellows have included musician Jeremiah Lockwood (who was also a Forward artist-in-residence) who used the fellowship to create his neo-cantorial album “Secret Melodies Revealed” and multi-media artist Ofri Cnaani, who created “The Sota Project,” a Forward top-five exhibit of 2011. Guber also pointed to “The Untitled Blood Play” by Hannah Bos, which has been produced in cities around the U.S., as another example of the fellowship’s impact.

“It’s really unfortunate because the Jewish world thrashes around looking for what they can do that’s right, and this is really right and it really does work,” said Elise Bernhardt, President and CEO of the Foundation for Jewish Culture. “It’s been evaluated nine ways from Sunday, and it’s transformed a lot of lives.”

The Six Points Fellowship was started in 2006 as a partnership between the Foundation for Jewish Culture, JDub Records and Avoda Arts, an organization that promotes Jewish education through the arts. It was funded by a $948,300 grant from the UJA-Federation of New York through its Commission on Jewish Identity and Renewal (COJIR), and has received a total of $1,695,297 from the UJA-Federation since 2006.

Goldfein, a planning executive for COJIR, stressed that the decision not to offer Six Points new funding is not a reflection of its performance.

“Six Points has made an incredible impact on the field here,” she said. “In terms of the arts, they were really innovators. It not just engaged young adults, but it also shook up the Jewish arts space in really creative ways.”

Six Points is not the only New York Jewish arts organization to close up shop in recent years. JDub, one of the Six Points founding organizations, closed its doors in 2011 and another, Avoda Arts, has decreased its programming. Six Points is currently in the process of becoming a program of the Foundation for Jewish Culture alone. Guber also pointed to the closing of the 92Y Tribeca this summer as a sign of a diminished Jewish arts scene in New York.

“I think there seems to be a shift away from the power of Jewish arts and culture in terms of those who are making decisions about funding, and I think that’s a huge, huge loss,” she said. “Six Points is part of that larger conversation.”

While the last New York cohort of artists ended in December 2012, the Los Angles program will continue until the end of 2013, and possibly longer. Unlike the New York program, which relied on a single funder, the Los Angeles Six Points Fellowship has a trio of supporters in the Los Angeles Federation, the Jewish Community Foundation of Los Angeles and the Righteous Persons Foundation.

Feldman, who helped start the Los Angeles program in 2011, said that he is optimistic that Six Points will continue in L.A., and that it may start up in other cities, including a possible return to New York.

“If you look at the trajectory of the program, we might not be able to begin again right away,” he said. “But it’s also possible that in a matter of time we might be able to raise additional funds and bring the program back to New York, as well. The impact of the program will continue.”