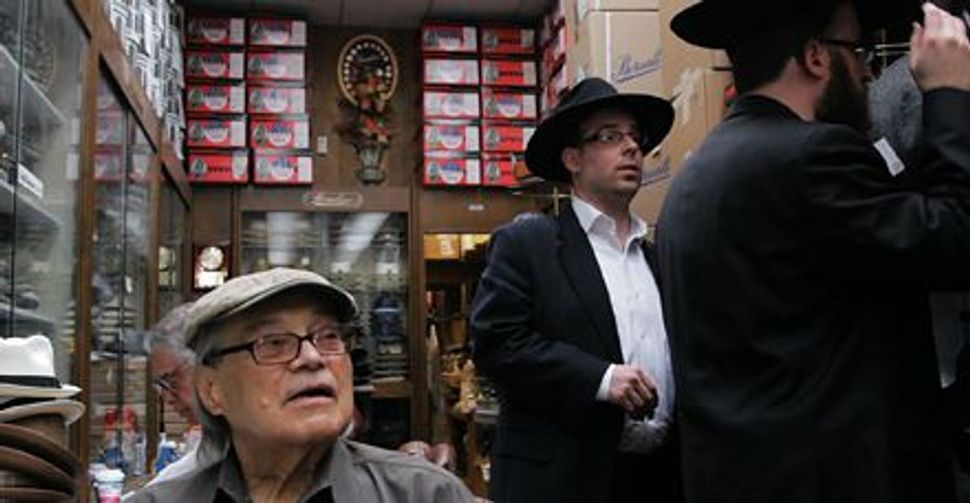 Stanley Goldstein sits at the center of a narrow hat store in the Williamsburg section of Brooklyn, fielding customers’ questions about brim sizes, crowns and colors. Bencraft Hatters, which was first opened in 1948 by Goldstein’s father, has been selling hats to Jews and non-Jews for 65 years and carries everything from cowboy hats and flat caps to the fedoras and Homburgs favored by the religious crowd. At 85, Goldstein still oversees much of the operation in Williamsburg, while Steven Goldstein, Stanley Goldstein’s son and the other owner of the business, can often be found shuttling between Williamsburg and the Goldsteins’ other store in Boro Park. In their own way, the two stores represent different part of New York’s Jewish community: The Williamsburg location accommodates a more secular crowd, including hipsters, while in Boro Park the clientele tends to be distinctly Orthodox.

Steven explained that “there are three or four hat stores in Boro Park, and for the most part each hat store takes care of a different sect of the community.” Bencraft is mostly oriented toward the Lubavitch and Modern Orthodox communities, which are not heavily represented in Boro Park. That means that customers sometimes trek across the city just to try on a Borsalino. 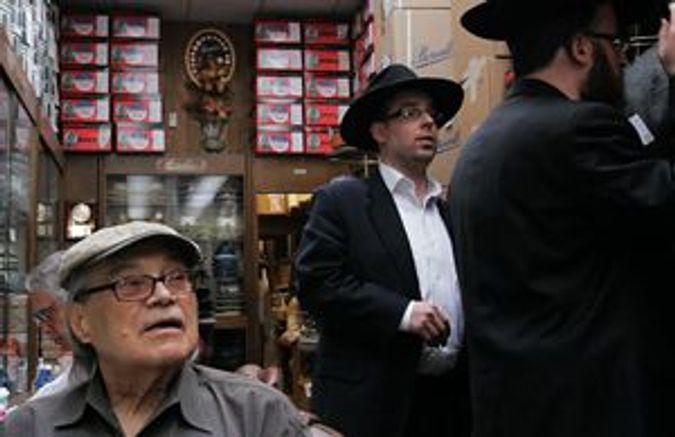 But even though Bencraft has been in business longer than many of its clients have been alive, the Goldsteins are facing difficulty finding the equipment to mend hats and, even more rare, people with the skills to operate that equipment. In the damp basement of the Boro Park store, the “flanging room” is cluttered with old sewing machines, hat blocks and flanges — wooden molds used to shape hats to the wearer’s preference. Some of the equipment is more than 100 years old and includes a tired Singer sewing machine used to repair leather hatbands. Most of the store’s newer equipment, still decades old, was bought from other area hat stores that have closed down.

Still, amid the ribbons, hatbands and hand-written sales slips there’s a sense that the store provides not a glimpse into the past, but really a look into the future. With New York’s Orthodox population on the rise, Jewish hat sellers are likely to have a growing clientele, and Bencraft is even considering opening a location in the heavily Orthodox town of Lakewood, N.J., to take advantage of the opportunity offered by a dense hat-wearing population.

Back in Williamsburg, things seem pretty much like they’ve always been, with the subway rumbling overhead and people of all stripes stopping by to say hello to the elder Goldstein, who says, with a grin, that he has no plans to hang up his hat anytime soon. “As long as I keep myself going, I’m happy. I can’t stay home — too much television, too many books to read and too much nudging from my wife.”

Nate Lavey is the digital media producer of the Forward. He can be reached [email protected] or on Twitter @nate_lavey