In Kosovo’s Tiny ‘Jerusalem,’ a Struggle To Sustain Jewish Life in Corner of Balkans 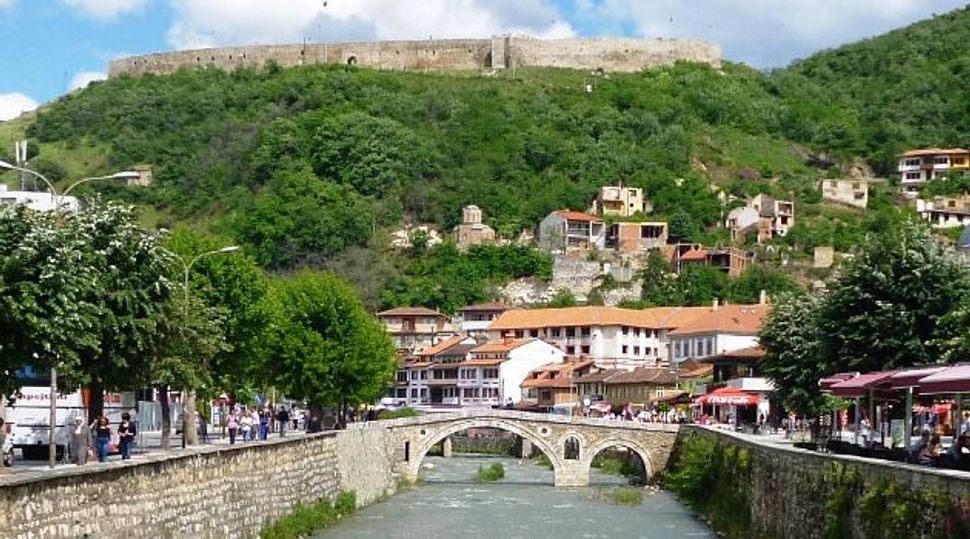 Votim Demiri led me through a warren of narrow streets and buildings with sloping red-tiled roofs to his home in this city of 178,000, set on a bend in the Prizrenska Bistrica river. In his office, Demiri, president of the Jewish community in Kosovo, proudly showed off photographs of his family meeting leaders, including Israeli President Shimon Peres. He pointed to a calendar given to him by the American Jewish Joint Distribution Committee. The JDC has done extensive work in this breakaway former province of Serbia, from which it declared independence in 2008.

Demiri’s house — “the Jewish house,” as he referred to it — forms one point of a triangle in his neighborhood with two Islamic holy places. Later, he took me into the historic center of Prizren, situated around an old stone bridge spanning the Prizrenska Bistrica. He noted that the Sinan Pasha Mosque sits within walking distance of a Serb Orthodox Church and a Catholic school.

“This is our Jerusalem,” he said. 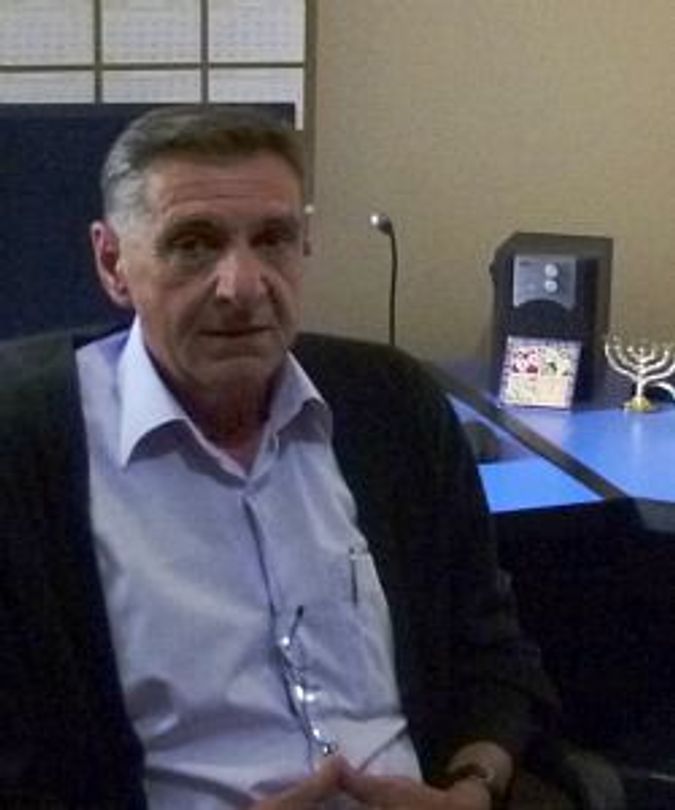 Prizren is more like Jerusalem than one might think, for better and worse. As Demiri boasts, the city 40 miles south of the capital Pristina has a polyglot of ethnicities, including Albanians of various Muslim denominations, Catholics — and a grand total of 56 Jews.

Still, the city is no stranger to the ethnic hatreds that have ravaged the Balkans for two decades since the break-up of the former Yugoslavia. Although it was spared the worst of the excesses of the Kosovo War, Serb forces did systemically clear some Albanian areas of the city. Albanians drove out most of the small Serb community after winning a tentative victory in 1999, and forced almost all the rest to leave in a round of riots in 2004.

“While the town is lovely, animated and hospitable,” Schwartz said, “Albanians and Serbs do not get along there.”

It is within this uneasy admixture that virtually all of Kosovo’s Jews live. The tiny community has “not been a significant presence in public life for a long time,” Noel Malcolm, senior research fellow at All Souls College, Oxford, explained to the Forward. The community has shrunk significantly, even from the 360 or so who survived World War II and the Holocaust.

And yet in Prizren and Kosovo as a whole, the community’s very existence is valuable because it serves as a powerful example to Europe and the world of how a Jewish minority can survive among Muslims.

They enjoy “a real history of positive coexistence and mutual acceptance in what was a predominantly Muslim society,” Malcolm said.

This remarkable coexistence was forged in the horror of the Shoah. In April 1941, Kosovo was annexed to Italian-controlled Albania. By September 1943, both territories were under German occupation. Throughout this period, including the attempt to turn over Jews to Nazi authorities en masse, Albanians refused to cooperate, hiding Jews in their homes, providing them with food and clothing, and giving them Muslim names and fake documentation. In Kosovo, 258 Jews were deported to Bergen-Belsen, 92 of whom perished. But more than 2,000 Jews were saved throughout Albania and Kosovo.

One key to understanding the heroism of Albanians is knowing that they were guided in part by besa, an ancient and folkish honor code stipulating that one must provide protection to any person who sets foot on one’s property, even to the point of laying down one’s life. 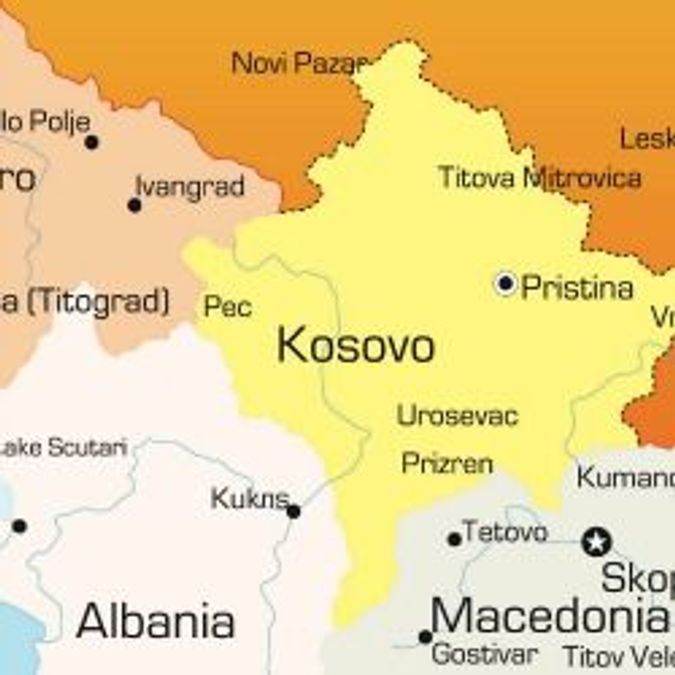 Schwartz adds that it also reflects “an absence of anti-Jewish prejudice in Albanian society,” related to the “cultural memory” of the tolerated place of Jews within Ottoman society, and to the fact that Jews played a historic role in the Albanian national movement.

Regardless of this history, the state of Jews today in Kosovo is extraordinarily fragile. In a fledgling nation with an unemployment rate of at least 45%, dependent on foreign aid and remittances from the Diaspora, Kosovo’s Jews are not shielded from the effects of poverty and unemployment. The assistance of the JDC therefore remains critical even on a most basic level. Each winter, for instance, every member of the community receives $150 from the JDC for fuel or firewood.

Under these economic conditions and with such numbers, Jewish life cannot thrive.

Demiri explained that two Jewish families left in 2001 to settle in Israel. Those who remain are mostly too poor to contribute financially, in the form of membership dues, to the Jewish community. Some survive on the help of handouts from nongovernmental organizations, like the JDC or other charities.

Prizren’s Jewish community also lacks for a shared space or synagogue. In the capital of Pristina, the former Jewish community had maintained two synagogues and a yeshiva up until the Holocaust. But the community there withered away to nothing after the war, and the last synagogue was demolished in 1963. Upon the site of the old synagogue, right in the center of town, government buildings now stand, as well as Kosovo’s newly inaugurated Holocaust memorial.

Restitution for this property could make concrete Demiri’s vision for a Jewish community center in Prizren, with a small synagogue incorporated within. But though many ex-Yugoslav republics have passed laws on restitution, Kosovo has yet to fully resolve this matter. The situation is complicated by the fact that Kosovo’s legal code is a jumble of old Yugoslav laws, United Nations resolutions passed during the time the world body served as a de facto government and legislation passed by the Kosovo Assembly.

Waves of property theft by the Yugoslav monarchy prior to World War II, the Communist government during the postwar era and the Serbian regime of Slobodan Milošević further muddle the picture.

The struggle to sustain Jewish life has not halted attempts by Kosovo’s Jews and Jewish charities to carry on the spirit of intercommunity cooperation. Between 1999 and 2006, the JDC was active in Kosovo, engaging in nonsectarian projects that benefited the local Albanian population. Perhaps the most significant of these, at least symbolically, was the reconstruction of a mosque in Shqiponja, a hill village in the west of Kosovo.

During Milošević’s onslaught against Kosovo, Shqiponja’s mosque was one of 200 or so such places of worship damaged, desecrated or destroyed by Serbian forces. Working alongside Kosovo’s Islamic and Catholic communities, the JDC helped finance the restoration of a structure that was but a shell, including the rebuilding of the golden-hued domes and a single minaret.

The JDC funds visits for the Prizren Jews with other Jewish communities in the region so that they can “recharge their batteries,” as Demiri put it. Periodically, the JDC also makes sure the children are able to partake in Jewish summer camps organized for all the youth in the former Yugoslavia, held in Pirovac, Croatia.

Despite the challenges, the Jewish community goes to great lengths to mark every Sabbath and holy day as it can. Members hold events in each other’s houses, often in Demiri’s so-called ‘Jewish house,’ a stone’s throw from the mosques in the narrow streets of the Old City.

For now and the foreseeable future, Demiri said, “I am the president, the rabbi and the cantor.”

In Kosovo’s Tiny ‘Jerusalem,’ a Struggle To Sustain Jewish Life in Corner of Balkans