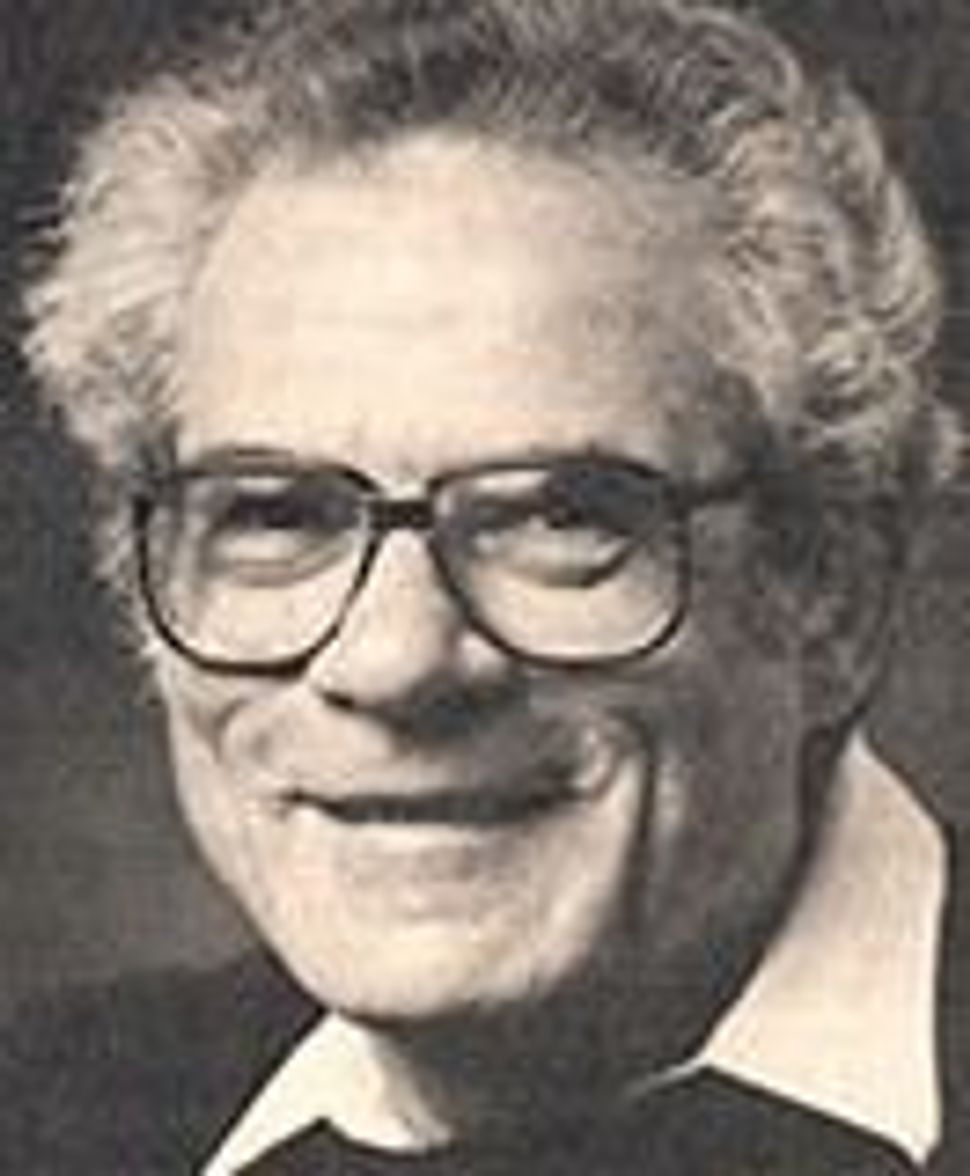 Marvin (Mikhl) Herzog, who passed away on June 28 at age 85, exemplified the lexicographer’s belief that by genial attention to minutiae, a life’s work can be constructed. Toronto-born Herzog was a longtime professor of Yiddish at Columbia University as well as director and editor-in-chief of the Yiddish Atlas Project which co-published with YIVO the monumental three-volume “Language and Culture Atlas of Ashkenazic Jewry,” (LCAAJ), with eight more volumes announced as being “in preparation.” 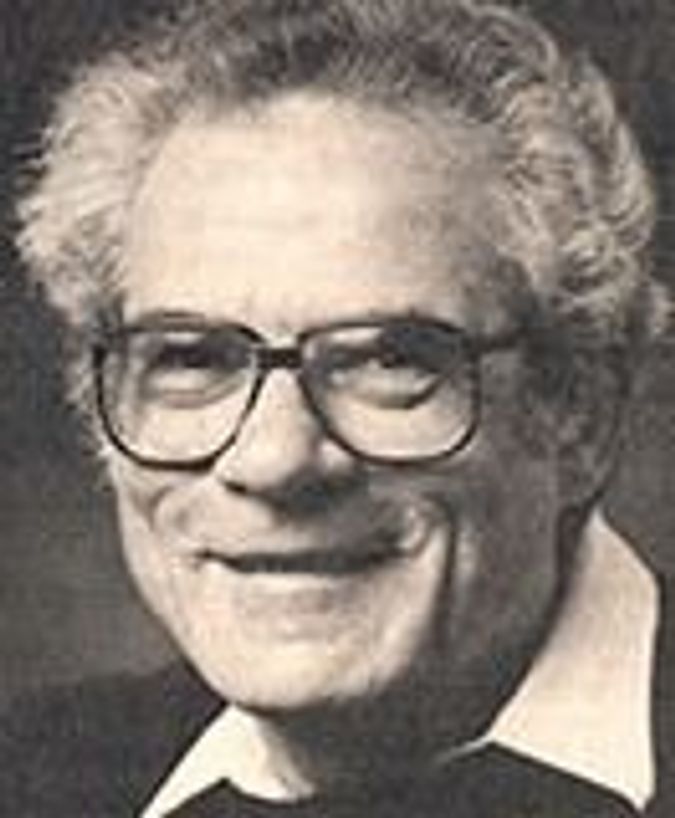 Started by Herzog’s mentor at Columbia, the linguist Uriel Weinreich (1926 –1967) who compiled the “Modern English-Yiddish, Yiddish-English Dictionary,” the project addressed a multitude of questions to Yiddish-speaking Holocaust survivors, resulting in a wealth of information about origins and varieties of language, as well as the living heart of Yiddish.

As Herzog noted on the LCAAJ website: “Since European Jews were largely destroyed during World War II, and the surviving minority was displaced by emigration and internal migration, it was a matter of the greatest urgency to reconstruct the geography of Ashkenazic folk culture and of European Yiddish while reliable testimony could still be gathered from emigrant informants.”

After Weinreich’s untimely death in 1967, Herzog took on responsibility for the massive project. Yet he retained an eye for modest details, as in his 1965 study “The Yiddish Language in Northern Poland: Its Geography and History” in which Herzog describes how challah in Poland were decorated with dough in the shape of a key or ladder to symbolize assistance in getting into heaven.

Through Weinreich, Herzog himself enjoyed a celestial yikhes (pedigree or lineage) dating back to Ferdinand de Saussure, the Swiss semiotician who was a founder of modern linguistics. Herzog used his position to encourage generations of students, from the highly productive Dovid Katz to Steven M. Lowenstein, who in “Eydes (Evidence of Yiddish Documented in European Societies): The Language and Culture Atlas of Ashkenazic Jewry”, which was published by Max Niemeyer Verlag in 2008, recalls how at age eighteen he became assistant at LCAAJ. Visiting Weinreich and Herzog at Philosophy Hall on the Columbia University campus, Lowenstein was struck by the spartan conditions under which the project operated: “It was a cold day in February 1964 and I remember Prof. Herzog sitting in his winter coat during the interview.” Lowenstein was also impressed by the kindness and mutual respect of his elders: “It was remarkable to me that these two professors didn’t treat me like the little boy I was, but included me in their deliberations and trusted my interviews.”

More evidence of deliberations is found in Herzog’s lively postings, sometimes with highly personal transliterations, on the Yiddish studies mailing list Mendele. In one from 1992, he notes that a “story attributed to [Forward publisher] Sam Norich at YIVO is to be found in Olsvanger’s ROYTE POMERANTSN — in an anecdote called ‘Daytsh.’ If there are any of you who are not familiar with this book (a Schocken paperback) I’d strongly recommend it. It’s a collection of jokes and anecdotes in latin-letter transcription of the author’s Kurland (Northwest Latvian) Yiddish dialect. Try it, you’ll love it.”

With similar gusto, Herzog expressed his own sense of humor and even political beliefs in the mailing list, as in 1992 when he defined the Yiddish expression “ ‘galiganske Hon’ i.e. a swaggering cock-of-the-walk Pat Buchanan kind of fowl.” To another correspondent in 2005 he wrote: “Both -shmendrik- and -shmegege- are pejoratives, meaning someone fool-like or simpleton-like. NOTE that both begin with -shm–, a favorite ‘pejorative-like’ device which yields such expressions, even in English, ‘fancy-shmansy,’ ‘cancer-shmancer–as long as you’re healthy’; ‘Oedipus-shmedipus–as long as he loves his mother.’ There is actually a vulgarism–which I will leave to your imagination–which may be derived, in similar fashion from the word -shtok-‘rod’ (although its rendition in English usually rhymes with ‘luck’).”

Herzog was an avid, if by no means uncritical, reader of The Forward. In 1992, Herzog cited a joke by Max Weinreich (Uriel’s father, himself a distinguished linguist) that when an English reader doesn’t understand a word, he looks it up in a dictionary, whereas a Yiddish speaker “writes a letter to the editor of the Forverts and says, ‘there ain’t no such word.’”

In 2000, Herzog wrote a comparable fiery letter himself to The Forward in reaction to a letter from one reader about Yiddish culture which struck him as being full of “wild assertions” and worst of all, overlooking the “Language and Culture of Ashkenazic Jewry” series. In another posting from 2000, Herzog even dared contradict The Forward’s own Philologos: “Philologos writes (Forward, November 12): ‘We all know what shabbes is, and lobbis rhymes with it nicely.’ Does it really? Philologos fails to tell us that this can only be true where, as in London, the prevailing pronunciation of shabbes is [shobes] which, like London [khole] (= khale) suggests a Bessarabian/Podolian origin. Are you listening Phil?”

No doubt Phil was listening attentively, as he was in 1998 when Herzog opined on the very pronunciation of the paper’s name: “I think the matter of Forvits is independent of the issue of r-dropping. I’d venture a guess that Forverts in Yiddish is strictly a spelling pronunciation. In the Yiddish of my family of non-r-droppers, the newspaper was called Der Forvits and the word forverts simply did not occur. The name of the newspaper always smacked of the -daytshmerish- [which Philologos has defined as “a derogatory term for a style of speaking and writing Yiddish whose many borrowings from German were intended to make users sound cultivated but actually made them sound pompous and pretentious”] …We knew forverts/Vorwaerts from the German songs of the International Brigade.”

This somewhat lofty, teasing stance was perhaps to be expected from an expert whose home was perched high atop the Hudson in Garrison, New York across the river from West Point. Now, whether using a key or ladder from his challah, Herzog has reached even greater heights.