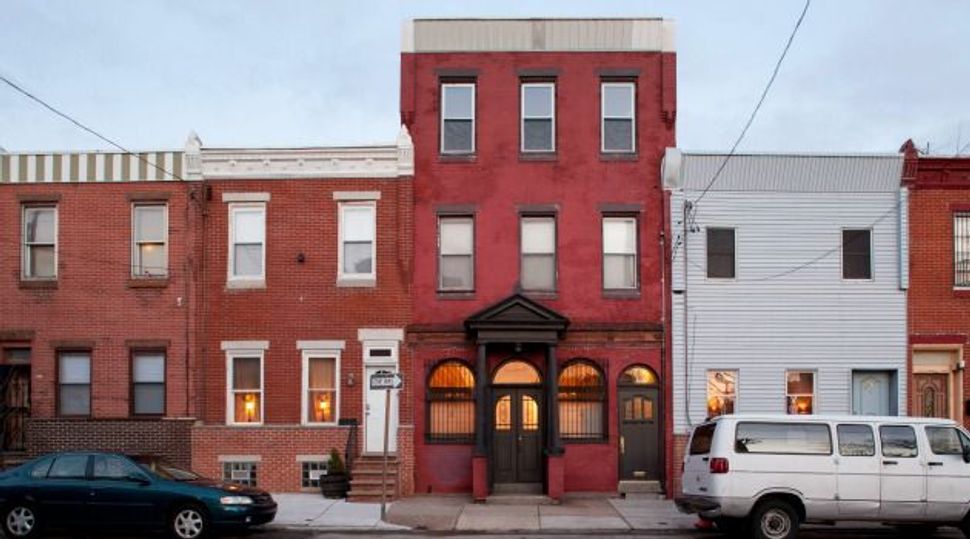 The “Little Shul,” as its supporters call it, stands in the middle of a dense street of row homes. But in a big way, it stands alone.

It is the last operating row-house shul in South Philly. During the early part of the last century, there were 155 synagogues like it in the neighborhood, dotting the narrow streets. These buildings were hives of activity on Saturday mornings, when worshippers packed into confined sanctuaries that otherwise would have been used as stores or living rooms.

Nowadays, you could walk past the Little Shul — its real name is Congregation Shivtei Yeshuron Ezras Israel — and not even know it’s there. Except for its pillared entrance and some small lettering, it’s like almost every other place on the blocks around it — snug in a long line of two- and three-story homes older than just about anyone now alive, in a hardscrabble neighborhood where a different ethnicity moves in with each new generation.

Shivtei Yeshuron still operates because a handful of people persist in keeping it alive. A few years ago that handful — mainly families with deep roots at the shul — was its entire membership. Now there may be as many as 18 or 35 members, depending on who’s counting, and more may be coming. Shivtei Yeshuron is suddenly in the limelight, receiving more attention than it has seen in decades, and possibly in its entire history. That’s because Hidden City, a group that runs a festival highlighting unusual spaces in Philadelphia, has made it a featured place. That, in turn, has brought people into its faded but intact sanctuary.

At $36 per person for an annual membership — double chai — Shivtei Yeshuron stands to gain new blood. Whether that means active members or simply new supporters with a membership remains to be seen. But the fact is, this Orthodox Little Shul that was once a player among many players, that hosted its last bat mitzvah in 2000 and last bar mitzvah the decade before that, is now a standout. “It’s such a unique location — there’s really nothing like this storefront synagogue,” says Lee Tusman, 31, the creative director of Hidden City Philadelphia, which is supported by members, foundations and grants. In June, Hidden City ran its second festival — the first was in 2009 — that temporarily installs art in spaces people might walk or drive by, but wouldn’t necessarily enter.

Many of these places, like Shivtei Yeshuron, are venerable and still part of the city’s life, but also uncelebrated and faded. (“Faded” literally describes the cover on the table at Shivtei Yeshuron’s bimah in the middle of the 90-seat sanctuary; the velvet on a portion of the table cover is worn thin from decades of use.) 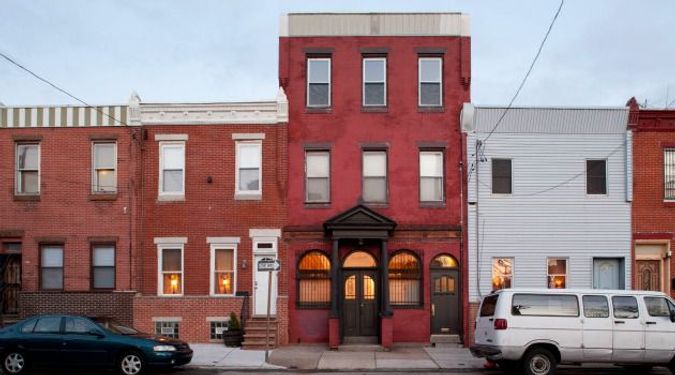 “A bunch of different kinds of people have been coming through,” says Tusman, “not just people coming to the festival but also a group of people who come out of the woodwork and say, ‘I knew about this synagogue’ or ‘my ancestors were part of it and my interest is piqued.’ And then there are the people in the neighborhood who say, ‘I always thought that was closed’ or ‘I didn’t know that was here.’”

Shivtei Yeshuron, deep in South Philadelphia, was founded in 1876, around the time Jews began coming in droves, in boats docked on the Delaware River in that part of town. The number of Jews who settled in South Philly is a matter of conjecture, but the total neighborhood population was 336,000 by 1910 and Russian-born Jews were the largest ethnic group, according to Murray Dubin’s 1996 book “South Philadelphia.” By 1930, Dubin writes, “Jews seemed to have synagogues on every corner” of the east side of South Philadelphia, by the river.

Shivtei Yeshuron was already well established by then, in the storefront row house it has owned since 1914. The congregation had a benevolent society, a women’s auxiliary and a full roster of services. Congregant-led services today happen on holidays and one Saturday a month, along with occasional Sunday minyan breakfasts and special events.

During the last century, row-house synagogues were small power centers in the neighborhood, controlled by immigrant families who passed the mantle to their sons. As in other North American urban centers, the children of those immigrants grew up, served in World War II and then moved away to other sections of town or to the growing suburbs.

Shivtei Yeshuron survived, probably, because a few people with roots there — people who no longer live in the neighborhood — persisted. “It’s a struggle,” says Shivtei Yeshuron’s vice president, Steve Sisman, 66; his younger brother, Richard, is president. Sisman grew up at the shul and became a bar mitzvah there. By the time his brother, 10 years younger, reached age 13, the family had moved away. The brothers came back later in life to support the shul financially and take part in its services and board.

“My brother has been contributing lots of his own personal funds to keep it open, and I’ve thrown in some myself,” Steve Sisman says. So have board members — particularly at one point, when the city condemned a rear portion of the building and a wall fell when a crew came to fix the spot.

Almost everyone who comes to Shivtei Yeshuron lives in some other part of town: South Philadelphia is home today to an estimated 250 Jews, and large and small downtown synagogues are only minutes away. Italian Catholics continue to live in South Philadelphia and support their parish churches, and newer residents over the last decades are African Americans and now Mexicans and Asians.

On the immediate blocks around Shivtei Yeshuron, says Tusman, “it’s a community going through quite a large immigrant flux right now,” particularly from Cambodia and Laos. “It’s interesting to contrast them with the Jewish neighborhood of the early 1900s. Now, they are building their own houses of worship, so it’s interesting to see the same process.”

The white walls and ceiling of Shivtei Yeshuron sport their original old-fashioned tin facades stamped with designs. Rows of small pews line both sides. An ark sits next to the far wall, illuminated by a glass Eternal Light that says “history.” Some prayer books on shelves date to the 1800s.

Up a set of narrow stairs was a second-floor social hall, and removable sections of floor allowed women to see the bimah directly below at services. (Today, women are divided from men by small transparent panels fastened to the benches in front of them in the sanctuary.) The third floor, now looking like a neglected stepchild, was once a kitchen where women would prepare meals, then a room for the rabbi.

During the Hidden City festival, a fabric artist brought in modern versions of sweatshop machinery on the second floor and visitors made pieces of scarves. The festival also screened a film and held a concert series, all Jewish-themed.

Morris Levin, in his 30s, may be the youngest Shivtei Yeshuron member. He lives with his wife and children in South Philadelphia, and now serves on the board. “I knew it was still open so I went down there for a minyan on a Shabbos morning and I was taken by the building,” he says. His reaction that day was “very visceral in a soulful way.”

Levin says that the board already has a list of people from Hidden City who want to help keep the place alive, not all of them Jewish. “You don’t have to be Jewish to appreciate a hole-in-the-wall storefront synagogue,” he says. “That’s just something special.”

Howard Shapiro is theater critic at WHYY in Philadelphia, Broadway critic for The Classical Network and a travel writer.