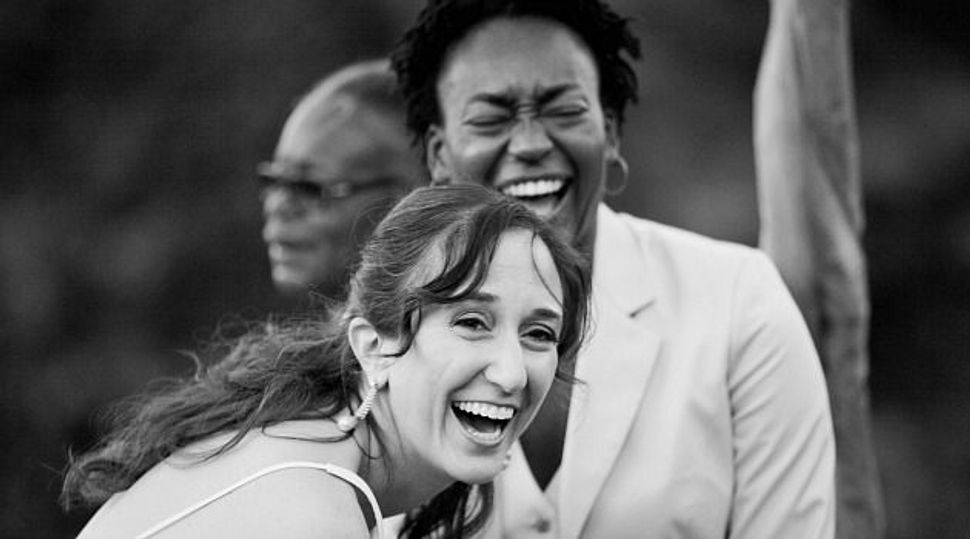 Happily Married: Helena Miller and Dara Raspberry celebrate their wedding in 2010. They are fighting to force Pennsylvania to recognize their union. Image by courtesy of aclu

A Jewish school teacher from Philadelphia is a face of a new landmark lawsuit that could prompt a Supreme Court ruling guaranteeing same-sex marriage rights nationwide.

Helena Miller, a lesbian whose wife is not recognized as a parent of their baby daughter, is one of more than 20 plaintiffs in a landmark federal lawsuit filed July 9 challenging a law that bans same-sex marriage in Pennsylvania.

The law also bars the state from recognizing such unions performed elsewhere, a provision that directly affects Miller and her family.

“We would really like for our child, when she’s old enough to understand what these things all mean, we want her to understand and see that our family is equal to any other family,” Miller told the Forward. 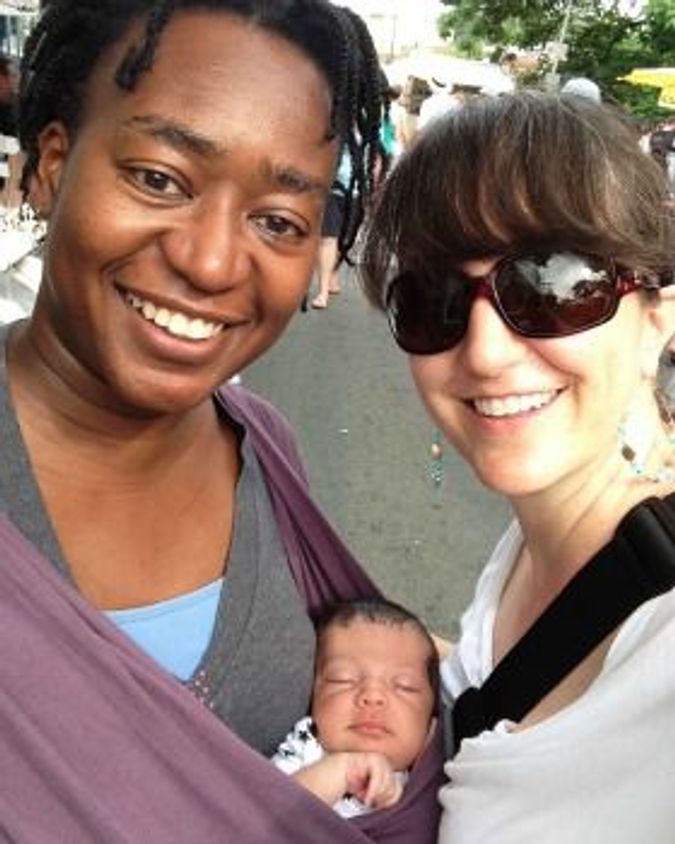 The new lawsuit, filed jointly by the American Civil Liberties Union and a Philadelphia law firm, is on the cutting edge of an aggressive new legal strategy aimed at pushing the U.S. Supreme Court to guarantee marriage equality across the country.

“I think you’re looking at a case with potentially very broad national implications,” said Mark Aronchick, the pro-bono Philadelphia lawyer bringing the case, an attorney with Hangley Aronchick Segal Pudlin & Schiller. “If there was ever a reason why I became a lawyer, its because of cases like this. It’s because of the ability to move everything along, move justice along, move freedoms along.”

That Supreme Court case was spearheaded by Edie Windsor, an 83-year-old Jewish woman who, under the Defense of Marriage Act, a federal law passed in 1996, was denied a federal estate tax exemption after the death of her wife. Despite the dismantling of DOMA by the Supreme Court in the Windsor decision, the court did not address directly dozens of state laws and constitutional amendments around the country that carry similar provisions.

The newly filed Philadelphia case is the first of a handful of new challenges to state-level same-sex marriage bans in federal courts across the country.

“This seems like a very different strategy to bring as many lawsuits as possible and get something to the Supreme Court,” said David S. Cohen, a professor at the Earle Mack School of Law at Philadelphia’s Drexel University.

Whereas the ACLU was previously filing sure-shot lawsuits in state courts, the Pennsylvania case seems aimed at winning a broader victory. Though a narrowly worded decision in the district court could mean that a decision would affect only the plaintiffs, a series of appeals could bring the case to the U.S. Supreme Court quickly.

“It could be a couple of years to the Supreme Court,” Cohen said. “The briefings are not difficult at this stage. The arguments are out there. Everyone knows the argument.”

At the center of the case are a handful of gay couples, including Miller, 39, and her wife, Dara Raspberry, a physician.

Miller and Raspberry were married in 2010 at a Jewish ceremony. They lived in Brooklyn at the time, but decided a year later to move to Pennsylvania to be closer to Miller’s parents. Raspberry, 43, is a doctor at Einstein Medical Center, in Philadelphia.

Pennsylvania is the only state in the Northeast that permits neither same-sex marriage nor civil unions. It’s one of 35 states in America that bars gay marriage in its state constitution or in state law. Pennsylvania’s anti-same-sex marriage law was passed the same year as the federal DOMA.

“We do find it kind of upsetting that we made a decision to move to Pennsylvania to be closer to family, and to make a tighter family… but at the same time, because we’re in Pennsylvania, we’ve become less of a family legally,” Miller said. “We’ve become unmarried, I guess you could say.”

Miller gave birth to Zivah in May. She’s already brought Zivah to her synagogue, where the rabbi stopped the service to introduce her to the congregation.

Yet under Pennsylvania law, Zivah is not yet Raspberry’s daughter. The couple has hired a lawyer separately from this case to help them undergo a process called second-parent adoption, which will give Raspberry parental rights to Zivah.

Miller said that she and her wife are eager to be plaintiffs in the suit — even though they admit they are far from rabble-rousers.

“We’re actually quite boring people and just normal, in my mind,” Miller said. “I think that we are very happy and honored to be part of this effort.”

Though planning for the suit has been ongoing for months, attorneys involved said that they were eager to hear the result of the DOMA decision, and the complaint cites Justice Anthony Kennedy’s Windsor decision.

“In Windsor, the court specifically observed that laws of this type have the purpose and effect of injuring and disparaging lesbian and gay couples,” said Leslie Cooper, an attorney trying the case for the ACLU. “We think that applies equally to the Pennsylvania exclusion.”

At the press conference announcing the suit July 9, ACLU attorneys also announced two other efforts to challenge state gay marriage bans in federal court. One ongoing case in North Carolina will be amended to include a marriage claim, and the ACLU will file a new case in Virginia in the coming weeks.

“I’ve been in the public eye a lot, and I know the importance of doing these kinds of cases right, and that’s what we’re doing,” Aronchick said of the Pennsylvania case. “This is going to be a national case; it’s going to be viewed as such.”