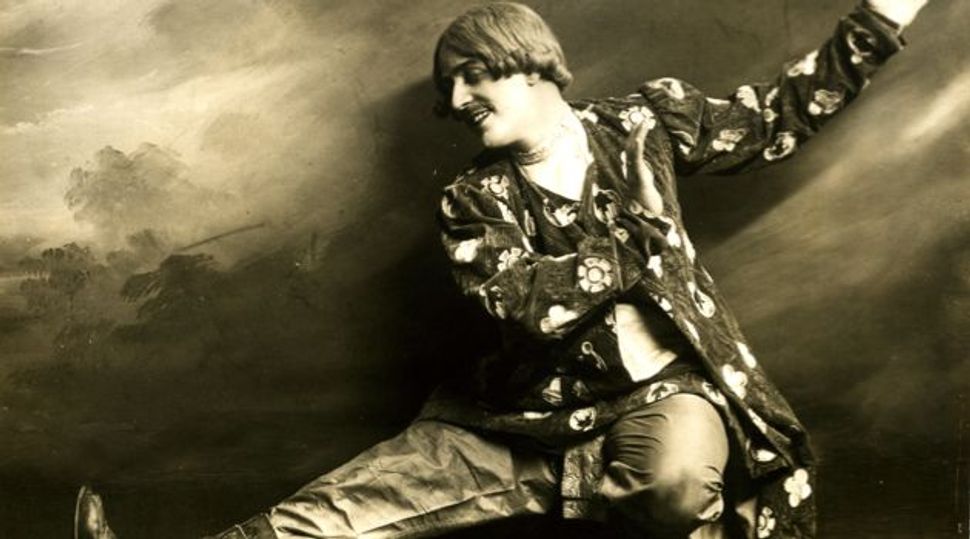 Poser: Russian choreographer Michel Fokine was a major innovator in the field of classical ballet. His Ballets Russes, performed for western audiences, were likely a hit with Forverts readers. Image by Forward Association

A committee has been organized to help the cause of Leo Frank, a 24-year-old Jewish factory manager who has been sentenced to death for murdering a 13-year-old girl by the name of Mary Phagan. Frank’s supporters claim that he is innocent and that the anti-Semitic air of the trial unduly influenced the jury. In fact, Frank’s supporters argue that the anti-Semitic atmosphere of the entire city of Atlanta poisoned the case. The supporters point to the celebrations that took place all over the city after Frank was declared guilty. The Jewish community, and those who actually know Frank, continues to be shocked at the charges and the sentence and continues to proclaim his innocence. More and more groups, among them a growing number of Christians, are also protesting Frank’s innocence. It has become evident that the anti-Semitism of a large number of Southerners has infected the outcome of Frank’s case.

The tense atmosphere in Jaffa has calmed down a bit only days after a huge bomb in the city’s marketplace killed two children. It is evident — even the Arabs are saying so — that the bomb was not planted by Jews. In fact, many Arabs are claiming that the British planted the bomb as revenge for the recent assassination of Commissioner Walter Moffat. Others say that the bomb was planted by an Arab provocateur intent on inciting the Arabs against the Jews. As far as local Jews are concerned, they aren’t sure who planted the bomb, and they don’t rule out that it could have been a foreign provocateur, or even the Nazis.

An estimated 200,000 people descended on Washington, D.C., in the march for freedom, labor and equality, among them thousands of Jewish demonstrators. Trains and buses from the New York area were packed with demonstrators, and much Yiddish could be heard throughout. Within the sea of posters held by the demonstrators were some in Yiddish, held by members of the Algemeyner Yidisher Arbeter Bund, otherwise known as the Jewish Labor Bund. The march itself, around the Lincoln Memorial, was incredible, a huge demonstration of unity that included Jews, Christians, blacks and whites. It was the largest ever held in the capital, demanding civil rights for African Americans.