Does Zionism Have a Future With Jews? 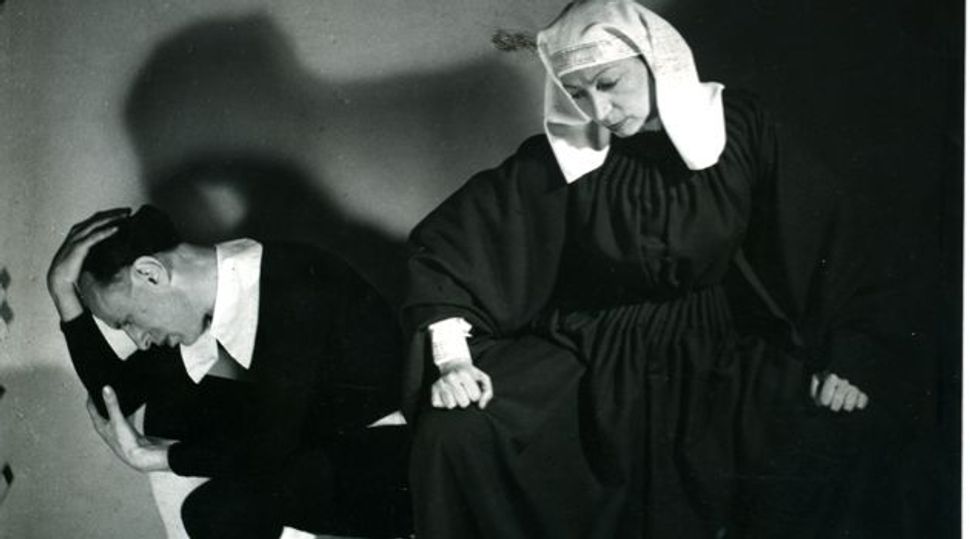 Dance Royalty: Judith Berg Fibich (right) and her husband Felix Fibich (left) were Yiddish dance stars who toured the United States, Canada, Israel and South America. Berg Fibich is best known for her choreography for the 1937 film version of ?The Dybbuk.? Image by Forward Association

The Tragedy of Zionism

As the curtain rises on the 11th Zionist Congress in Basel, we can only note what a sad state the movement is in. Notably, Americans familiar with the movement won’t understand it, because here, in America, Zionism is only a “sport,” a social activity for Jewish boys and girls. But for many supporters of Zionism, whose belief in the building of a Jewish nation is on par with the messianic beliefs of religious Jews, the work they have done over the past 30 years has achieved nothing, though they are now further along than they were then. The Zionists will never convince the Turkish Sultan to give them Palestine. They won’t even convince most Jews to become Zionists. They are engaged in a hopeless, insecure travail. A tragedy.

A number of Muslim clerics in Palestine have issued a public appeal calling for the cessation of terror attacks during Ramadan. This very fact is an indication that there are those among the Arab population who are tiring of the incessant violence that has plagued Palestine over the past two years. Despite this appeal — or, perhaps, because of it — the mukhtar, or head, of a village near Jerusalem was killed, and a number of Arab bureaucrats were robbed of thousands of dollars and then kidnapped by a band of heavily armed Arabs in Nazareth. The British military has ordered an investigation. On account of the current unrest, August has seen the deaths of 266 people: 48 Jews, 193 Arabs, 19 British and six unknown.

Rabbi Sentenced to Death in USSR

A Soviet court has sentenced a rabbi named B. Gavrielov to death on charges of speculating in foreign currency and gold, one of three death penalties handed out among 150 sentences given to people found guilty of “economic crimes.” It is estimated that about 60% of those sentenced are Jews. A story published by the newspaper Sovetskaya Rossiya, indicates that the trial of the rabbi and his two accomplices took place over the course of four weeks in the city of Pyatigorsk and included hundreds of witnesses. There was no indication as to whether or not Gavrielov is connected to a particular community in Pyatigorsk, a resort town near the Caucasus Mountains, but the story did note that he arrived there from Samarkand to set up a speculation operation.

Does Zionism Have a Future With Jews?