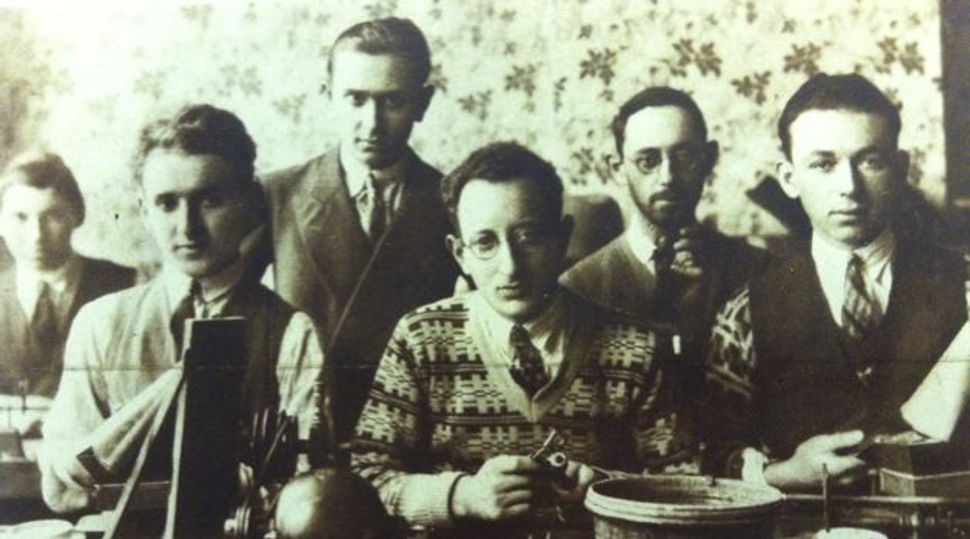 Dozens of people were wounded when the women’s gallery in a New york synagogue on 106th Street between Park and Madison avenues suddenly collapsed and fell onto the seats below. Though it was the second day of Rosh Hashanah, the collapse occurred early enough, around 9 a.m., that most people had not yet arrived and those below had room to escape. A buildings Department employee said the balcony, which was packed with women, had collapsed because it hadn’t been made to hold so many people. One of the women on the balcony said that as the cantor hit a particularly sweet note, a loud crack was heard and the balcony began to fall. Heart-wrenching screams were heard as the synagogue was enveloped in dust, debris and confusion. Everyone began running toward the door in a panic, and as a result, more people were wounded trying to escape from the building.

Twenty-one Jews were murdered in a brutal terrorist attack in Tiberias, Palestine, more than half of them children. Hardest hit was the Jewish neighborhood of Kiryat Shmuel, where terrorists threw bombs and set Jewish houses ablaze. The situation caught everyone by surprise, and it took the police about three hours to take control of it. Although most of the terrorists apparently escaped, the police managed to kill six of them. Leaders of the Yishuv called for a two-hour work stoppage throughout the country so that the dead would be honored during their funerals. The victims included an entire family — parents and their four children — and an American citizen who was stabbed to death as his house was burned down.

United Nations secretary general U Thant of Burma promised Israeli Foreign Minister Gold Meir that he would approach the Syrian government regarding a prisoner exchange between the two countries. In September, the secretary general made an official request of both governments that they exchange prisoners. Whereas the Israelis immediately responded that they were interested, the Syrians did not reply. Meir was in New York, participating in the U.N. General Assembly meetings. During the meetings, she gave a speech to the assembly in which she proposed a peace plan for Israel and the Arab States. Representatives from Egypt and Morocco attacked the proposal, saying they wanted peace with every country except for Israel.